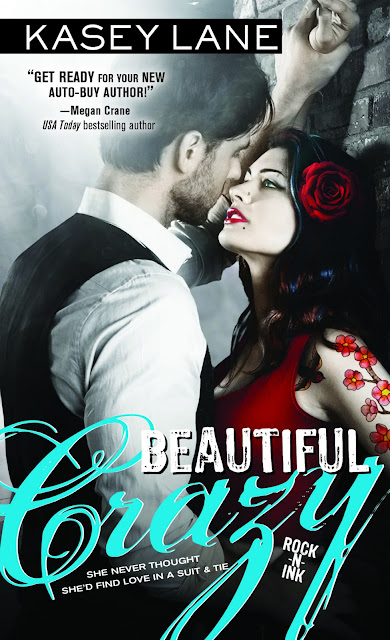 She’s a rocker with attitude and ink…

He’s a sexy suit who gets what he wants

Kevan Landry is trying to keep her life on track and her brother in rehab. If her fledgling marketing firm can sign the hot new band, Manix Curse, it will make a world of difference. Mason Dillon heads the most successful music PR firm in Portland. He’s desperate to breathe new life into the company by signing Manix Curse.

The stakes are high when a battle for the band—in the bedroom and the boardroom—becomes a battle of the heart. But if these two can set aside their differences, they may find they’re the right mix of sexy savvy to conquer both their worlds. 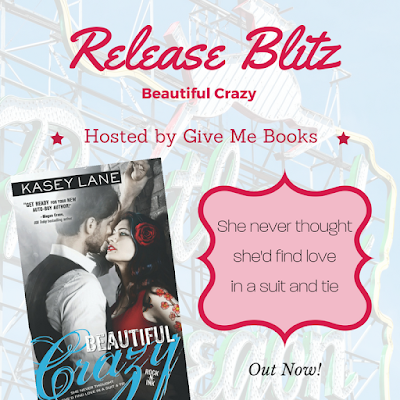 
Kevan clutched the fine material of the man’s pressed shirt. His tailored suit looked like it easily cost more than the monthly rent on her tiny apartment. Her fingers rested on the hard muscle of his chest, reminding her more of a solid wall than a man’s body. Time suddenly felt frozen as his hot breath feathered against her cheek, and she noticed the thick, dark lashes and soft crinkle of laugh lines around his eyes. The man was hot, definitely. But there was kindness mixed with the darkness in his calmly amused expression.

“Don’t worry, darlin’. I won’t let you fall.” His voice was a low drawl, dripping honey and sex.

For a heartbeat, she wished his reassuring words meant more than they did. They were like sandpaper and silk smoothing her jagged nerves and carried over the thumping of the club’s music. All bass…matching her increasing heart rate from the reassuring grip of the breathtaking man’s hold on her. A woman could lose herself in those mesmerizing dark eyes. A woman could forget he wasn’t her type. For a minute, a woman could, but shouldn’t, imagine a white picket fence with a man like him.

Shifting her feet, Kevan cleared her mind of the fall- induced tunnel vision clouding her head. “Thanks for saving me from total embarrassment,” she said, her face heating to the point of fever. She hoped her words got lost in the loud club. But, of course, that wasn’t her luck, was it? Righting herself, she tugged her crinoline skirt straight and looked around.

They weren’t alone. They were in a crowded club surrounded by dancing bodies, pickup lines, and bleak desperation wrapped up in combat boots, skimpy clothes, and copious amounts of sweat. And the ridiculously handsome man with the angular chin and firm grip on her waist was not Kevan’s date, nor was he some kind of modern-day Prince Charming. He was a polite man who happened to catch her— a career klutz— before she fell on her face.

“My pleasure, Ms…?” His deep voice dragged out the words as if expecting her to offer her name. And still, he didn’t remove his hand from her waist. Instead, he brought her hand to his lips, almost delicately, and brushed a kiss across her knuckles.

Oh. My. God. Who the hell does that anymore?

His soft lips caressed her hand in a simple, old- fashioned action, but jolts of desire shot from where his mouth lingered, down her arm, through taut nipples, and straight to her sad and lonely sex.

This man was not safe.

The man’s middle name has to be Sexgod. Holy mother.

“Kevan Landry,” she mumbled before her brain kicked in and had a chance to reconsider.

Making an effort to keep her wits and avoid embarrassing herself further, Kevan closed her mouth to pre-vent drool from running down her chin. She was used to a little male attention, but never had her body betrayed her so quickly. Reacting with such strength to an almost innocent and chaste action was not a good sign, especially since she was there for one reason: to find the band’s manager for a brief meeting and get the heck out before she got into trouble. And even more so since she’d sworn off men for the foreseeable future.

“Nice to meet you, beautiful Kevan Landry. Mason Dillon.” A slight smile touched his full mouth, send-ing more tingles of warmth down her arms at the mere thought of those lips on her body. Mr. Classy Businessman definitely had her teeny tiny panties in a twist.

Award-winning author Kasey Lane writes sexy romances featuring music, hot guys with ink, kick ass women, and always a happily ever after. A California transplant, she lives with her high school crush turned husband, two smart, but devilish kids, two dumb-as-rocks Papillons, and a bunch of bossy chickens in the lush Oregon forest. Visit her at http://www.kaseylane.com/ where you'll find her swearing too much and talking about the San Jose Sharks, tattoos, and Jack White.

a Rafflecopter giveaway
Posted by Margay Leah Justice at 9:23 AM