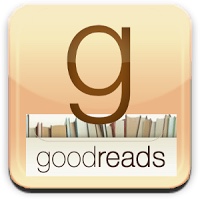 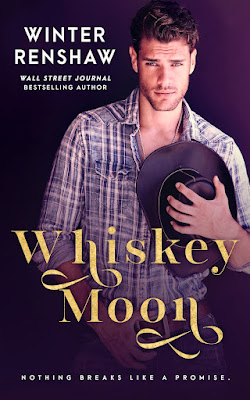 A broken marriage pact gives way to a devastating love that won’t let go in this heart wrenching contemporary romance from Wall Street Journal bestselling author Winter Renshaw.
Bogie had Bacall. Carrie had Big. I had Wyatt.
Growing up, he was the handsome cowboy next door, an unlikely confidant, my best friend, my first kiss, and my favorite person.
We were just a couple of small town kids with ambitions bigger than the stars in our eyes. The summer after graduation, we made a pact: I’d go to college in New York and he’d stay and take over his daddy’s ranch. If by twenty-eight we were both still single, we’d get married …
But as we stood in our high school gymnasium the night of our ten-year reunion, Wyatt told me he loved me too much to marry me.
He’d never broken a promise to me in his life, but in a single heartbeat he broke the only one that ever mattered.
He said it would all make sense someday, that there would come a time I might even be able to forgive him.
But then I stumbled upon the truth.
And there was no forgiving a secret this shattering—one that made me question if I ever knew him at all; one that only made me want him that much more.
Bogie had Bacall. Carrie had Big. I had Wyatt.

“Blaire?” a voice calls Wednesday morning from the end of the produce aisle at the Henderson Food and Drug. “Oh my gawd. Blaire Abbott …”

From the corner of my eye, a bottle blonde in a denim skirt and rhinestone-covered cowgirl boots pushes her cart in my direction before trotting around it, arms wide open.

“It’s been for-ev-er!” She wraps me in a perfumed hug—something I’ve grown used to not receiving in the city. People either stare through you or they do the air kiss. Huggers aren’t a thing in Manhattan. “How are you? And what are you doing back?”

It takes me a second before I realize I’m face to face with a girl from my former high school—Ivy Forsythe. Though the Ivy I knew was a wallflower string bean with mousy hair and a chest flatter than an ironing board. The Ivy before me is spray-tanned, bleached, and teased to the heavens. She reminds me of some of the big rancher’s wives back in the day; the ones who dressed like Southern Belles and retired beauty queens and loved nothing more than looking pretty on the arm of a bona fide cowboy.

I never would’ve guessed this path for her, but she radiates sunshine and bliss and if that isn’t all that matters, I don’t know what is.

“Ivy,” I say, leaning into her embrace. When she pulls away, I spot a glimmering diamond rock on her left finger. “How are you? It’s been so long.”

“I know, oh my gosh. Everyone’s going to be so thrilled that you’re back in town!”

Before I can say a word, she retrieves her phone from her back pocket and taps her acrylic nails onto the screen in quick succession.

“Remember Raina Jorgenson?” she asks. “Well, she’s Raina Mahoney now, but she’s soon to be Raina Jorgenson again. She and Cutter separated this year and their divorce was just finalized today. A bunch of us are getting together Friday at Petty Cash. You should come!”

“Oh.” She points behind her. “It’s that bar on the corner of Cornflower and Main, the one with the rusty sign with the neon arrow? It’s owned by Dylan Petty and Cash Buchanan—you remember Cash, right? You dated his brother …”

I could never forget Cash. He was a daredevil wild child with zero filter. A class clown. An attention-starved youngest child who would do anything for a laugh—or a reaction. He also worshipped the ground Wyatt walked on. The two of them were always the closest, being a little shy of two years apart in age.

He must be about twenty-six by now.

“Cash Buchanan owns a bar?” I ask. It’s hard to think of Cash as an astute, responsible businessman, but then again, I never expected Ivy Forsythe to grow up to be one of those bling-bling rancher wives we always joked about when we were younger.

“It’s so fun,” she says. “They’ve got one of those rodeo bulls, live music on Saturdays, and plenty of room for dancing or just hanging out. It’s kind of where everyone goes on the weekends.” Tittering, she adds, “It’s not like there’s much of anything else to do around here, am I right?”

She places her hand on my shoulder, her vibrant pink lips spread into a sweet-as-pie grin.

“Let me just grab your number,” she continues.

“Yeah, sure.” I rattle off my digits and she sends me a quick text—an LOL emoji—so I have hers.

“How long are you here, anyway?” Ivy asks.

“Um, I’m not really sure. A couple of weeks at least.”

“Well that’s nice. I’m sure once everyone gets wind of you being back in town, you’ll have a line of people at your door wanting to catch up with you.”

I scrunch my shoulders. “Yeah, not sure about that. I doubt anyone remembers me.”

“Girl, stop.” She pats my arm. “Like anyone could forget the leading star of every theater production Whiskey Springs High ever put on. I swear your personality entered the room before you did. Remember when you jumped up on the desk in Mr. Carter’s geometry class and sang that song from Chicago? And that other time when we snuck into the auditorium during study hall and you recited that monologue from … what was it again … Twelfth Night or something? I still don’t know how you memorized everything so easily. Are you still acting? I heard you ran off to acting school or something?”

“Have I seen you in anything?”

“Oh. Someone said you were doing … adult films … but I told them there was absolutely no way.”

“Wow. Yeah, definitely not. Gotta love those rumors …” Apparently I should’ve come home sooner to dispel some of those.

Her phone vibrates and she lifts her hand to her tawny decolletage. “Oh, this is my husband. I better take it. Anyway, it was great seeing you and please, please, please come out to Petty Cash on Friday … we’ll start around eight but we’re pre-drinking at Raina’s at six. I’ll text you all the info.”

With a little wave, she sashays toward the checkout with her cart, gabbing with her husband about stopping at the feed store on the way home.

I grab a few bananas, some grapefruit LaCroix, a box of white cheddar mac and cheese, and some Greek yogurt before checking out myself.

I take the roundabout way home—the way that winds and ambles past the Buchanan ranch. Growing up, I used to tease Wyatt about being neighbors. While my house was technically in town, it was the last one on the street, just before the road that leads straight to Wyatt’s place ten miles down. Given that there were no other homes between us, my father used to refer to him as “the boy next door.”

By the time I round the last corner, the big white farmhouse with the wraparound porch comes into view. With a held breath and hands white-knuckling the wheel, I cruise past the ghost of what once was.

If my old acting coach were here, she’d probably ask me, “Where do you feel it? In which part of your body does this feeling live?”

Everywhere, I would tell her.

I feel it everywhere.

But it lives in my heart.

Wall Street Journal and #1 Amazon bestselling author Winter Renshaw is a bona fide daydream believer. She lives somewhere in the middle of the USA and can rarely be seen without her trusty Mead notebook and ultra portable laptop. When she’s not writing, she’s living the American dream with her husband, three kids, and the laziest puggle this side of the Mississippi.
And if you'd like to be the first to know when a new book is coming out, please sign up for her private mailing list here ---> http://eepurl.com/bfQU2j