Release Blitz and Giveaway: Christmas on Pointe by Samantha Chase 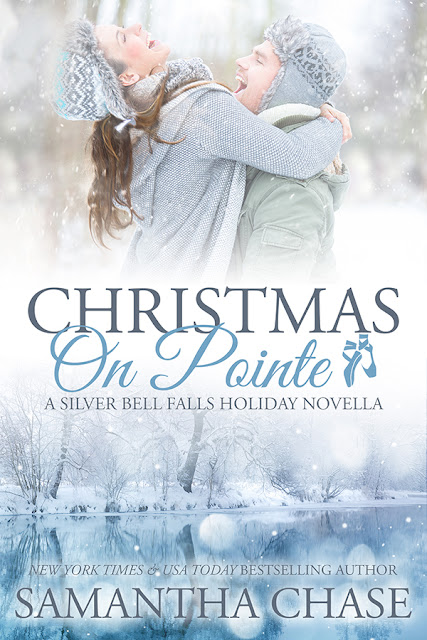 It’s Christmastime again in Silver Bell Falls and the whole town is getting in the spirit to help ballet teacher Abby Foster achieve her dream of opening her own dance studio!

Dancing has been Abby’s dream for her entire life – but more than anything, she wanted that dream in her beloved hometown of Silver Bell Falls. Teaching ballet to children at the community center is fine, but she’ hoping for so much more – her own studio, her own business…not to mention maybe meeting Mr. Right and having a family of her own. For almost a year, she’s been picturing Dean Hughes in that role and if he wasn’t such a darn recluse, maybe she’d have a chance.

Solitude and Dean Hughes have always gone hand-in-hand. It wasn’t by choice, but because of circumstances beyond his control. And once again, things are out of his control when he finds himself being named permanent guardian for his five year old niece just in time for the holidays. Dean had always imagined that he’d have a family of his own someday, just not quite like this. With the support of his hometown friends, he knows he’s going to be okay. But it’s Abby’s help with his niece that’s making the biggest difference.

This isn’t the Christmas either of them has planned, but maybe it’s the chance for the most perfect one yet! 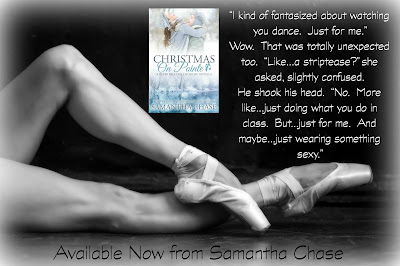 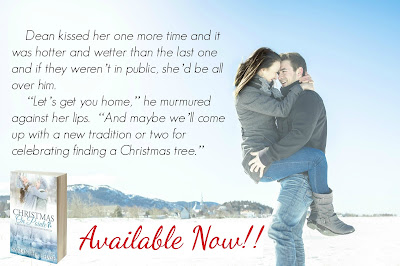 This is ridiculous, he mentally chided himself. All of the heat was coming out of her house because he was being an idiot and refusing to go inside. Just because he accepted her invitation to go in, didn’t mean he had to stay the night. He could just go in and maybe hang out for a bit. Watch a little TV. Or maybe…

Before he could even blink, Abby reached out and pulled him by his wool scarf into the house and shut the door. The house was dark and - thanks to him - a little cool, but he was able to clearly see the look of amusement on Abby’s face as she moved in close. One of her delicate hands rested on his chest while the other raked up into his hair.

He really liked when she did that.

“Let me ask you something,” she began quietly - her voice going slightly sultry. “Do you want to go home?”

Unable to speak, he simply shook his head.

“Okay.” She gave him a curt nod before moving in even closer. They were practically touching from head to toe. Those big green eyes looked up at him and he knew he’d been fighting with himself over nothing.

“I kind of felt like I was being presumptuous,” he admitted. “We had a great day together and...well...this was really our first date. I didn’t want you to feel like I was pressuring you or pushing you into something you didn’t want.”

“We’d already talked about it,” she said simply. “Hell, I almost skipped dessert because I was really looking forward to coming back here and finally being alone with you.”

Abby nodded. “Honestly, I would have been fine with grabbing a pizza and staying in.”

Dean couldn’t help the laugh that came out. “Sure, now you tell me!” he teased right before he reached up and cupped Abby’s cheek in one hand. He stroked the soft skin and then he turned serious. “I meant what I said, Abby. I just didn’t want you to think that this was all I wanted. I really enjoyed going out with you today and I think you know enough about me to know that it’s not something I usually do.”

“I know. That’s why I didn’t throw out my pizza suggestion,” she said, her own expression serious. “It means a lot to me that you were willing to go out tonight and leave your comfort zone. You didn’t have to.” Then she got up on her toes and placed a soft kiss on the side of his throat. “But I’m really glad you did.”

There were so many things swirling around in his head that he wanted to say, but none of it seemed...enough. He wasn’t good with talking about his feelings. That wasn’t his style. But he could show her.

He could spend all night showing her.

It was all the encouragement he needed. 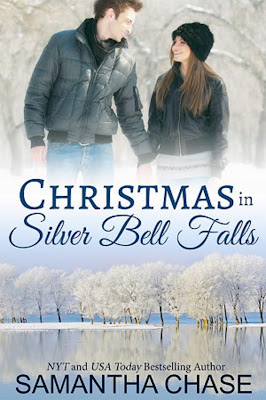 New York Times and USA Today Bestseller/contemporary romance writer Samantha Chase released her debut novel, Jordan's Return, in November 2011. Although she waited until she was in her 40's to publish for the first time, writing has been a lifelong passion. Her motivation to take that step was her students: teaching creative writing to elementary age students all the way up through high school and encouraging those students to follow their writing dreams gave Samantha the confidence to take that step as well.

When she's not working on a new story, she spends her time reading contemporary romances, blogging, playing way too many games of Scrabble on Facebook and spending time with her husband of 25 years and their two sons in North Carolina. For more information visit her website at http://www.chasing-romance.com/ 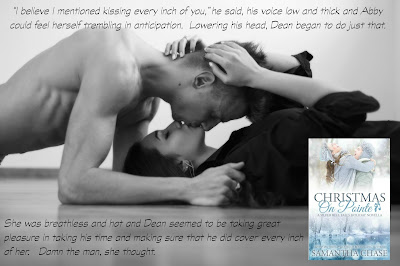 a Rafflecopter giveaway
Posted by Margay Leah Justice at 9:09 AM

Email ThisBlogThis!Share to TwitterShare to FacebookShare to Pinterest
Labels: Christmas on Pointe, GIVE ME BOOKS, giveaway, Release Blitz, Samantha Chase