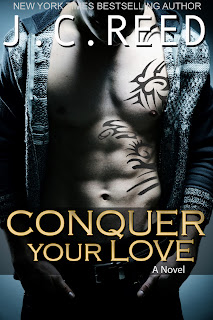 Meeting Jett was like bad luck. Dangerous. Unpredictable. And better avoided. In his game, the stakes are high. But are they worth the risk?

Brooke Stewart, a realtor in New York, finds forgetting is hard, but forgiving is harder. When the man she trusted, betrayed her, the only way to forget is to move on. Brooke is determined to start a new life, until she meets him again: the green-eyed, sexy as sin, six foot two sex god. The man who played dirty. The man who played her.

Sexy, handsome, and arrogant Jett Mayfield knows he has made mistakes. He could have any other woman, and yet it’s Brooke he wants. When second chances collide with secrets and Brooke is threatened by the past, Jett is determined to protect her. She accepts his help unwillingly because she needs him but she wants to play his game on her own terms. And she has no intention to forgive or let him back into her bed.

When the man she is supposed to hate is the one she should trust, will he conquer her…or lose her forever?

A woman who can’t forgive.
A man who has made mistakes.
Two lives that are about to cross again and more secrets laid bare.

I fell in love with Jett and Brooke's story in Surrender Your Love and I am happy to say the love fest continues. These are just two of the most fun, engaging characters to read about and I can't seem to get enough of them. Apparently, neither can the author because there is a third book in the series that I look forward to reading soon!

So what can I say about this story? Other than it's intriguing, complicated and has one of the sexiest heroes ever? This is just one of those stories that you really don't know where it's headed because just when you get complacent, the author throws a curveball at you. Whether it's on the personal front for Brooke or the mystery that surrounds her inheritance, you never quite know what is going on. Or who is responsible for what. The mystery surrounding the inheritance is pretty intriguing as well. I can't wait to find out more about this secret club and who is willing to go to what lengths to keep it a secret. And now, with the new development in her personal life, how will that play out in the long run?

Brooke is a good, solid character who will do anything to protect her heart from betrayal and disappointment. She's had enough of that in her life, so she doesn't trust the notion that love could be forever. That's what lead her to shut Jett out when she discovered his lies in the first book. She had every intention of hating him forever for using her, but Jett was having none of that. But, because of her trust issues, he really has to work hard to get back in her good graces. Thankfully, Jett is up to the task - and thensome. This is one determined guy and add in all that molten sex appeal and it boils down to one thing: Brooke doesn't stand a chance. She can't hold out against him. So the true story begins when she decides to take another chance with him. Will the course to true love run smoothe? You've got to read the book to find out!

I loved this book and would highly recommend it to anyone who loves a lot of spice in their new adult romance. Just make sure you read Surrender Your Love first because this one is a continuation of that story. But don't worry, they're both well worth the read.
Posted by Margay Leah Justice at 12:58 PM