Book Spotlight and Giveaway: The Art of Letting Go by Anna Bloom


The Art of Letting Go by Anna Bloom is a Mature NA Romantic Comedy set in England (and is full of British charm and humor!). We're excited to present you with the cover, an excerpt and a giveaway in anticipation of the release of this fantastic book on September 25th! 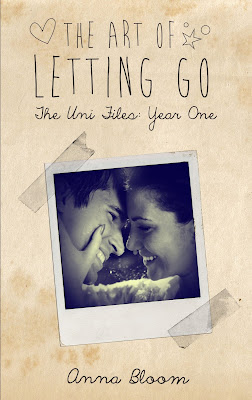 The Uni Files: Year One- The Art of Letting Go by Anna Bloom
Due to Release September 25th, 2013 by Soul Mate Publishing

One year. One woman. One Diary. One question: can you ever stop history from repeating itself and if you could what would you do to stop it?
When Lilah McCannon realises at the age of twenty-five that history is going to repeat itself and she is going to become her mother—bored, drunk and wearing a twinset—there is only one thing to do: take drastic action.
Turning her back on her old life, Lilah’s plan is to enrol at university, get a degree and prove she is a grown-up.
As plans go, it is a good one. There are rules to follow: no alcohol, no cigarettes, no boys and no going home. But when Lilah meets the lead singer of a local band and finds herself unexpectedly falling in love, she realises her rules are not going to be the only things hard to keep.
With the academic year slipping by too quickly, Lilah faces a barrage of new challenges: will she ever make it up the Library stairs without having a heart attack? Can she handle a day on campus without drinking vodka? Will she ever manage to read a history book without falling asleep? And most importantly, can she become the grown-up that she desperately wants to be.
With her head and her heart pulling her in different directions can Lilah learn the hardest lesson that her first year of university has to teach her: The Art of Letting Go? 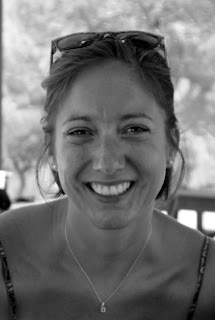 Anna Bloom is a contemporary romance writer who writes about life as it happens. Combining a busy schedule of looking after two small children whilst working in a local school and completing The Uni Files series she also spends a lot of time imagining kissing hot guys – all in the name of her art.

Last night.
By the time there was a knock on my door, I was ready and completely geared up. I enhanced my normal minimal makeup routine with smoky eyes and lashings of eyeliner. The crazy fuzz cut was managing to look quite funky. I could not guarantee it would hold.
I am rewarded for my efforts by Meredith dropping her drink all over the floor and Beth announcing very loudly that she may fancy me after all. I cringe at her loud voice, shushing her with my hand, which they both think is hilarious.
“Don’t worry, Lil, he has already walked over with Jayne. You would have heard them leave had you not been so busy singing. “
“Bite me. “
“You look lovely, Lilah,” Meredith says, seeming very sincere, and I give her a big hug.
I should own up to the fact that I have had a few sneaky drinkies in my room whilst getting ready.
We head out of the door and run across to Digby. Well, I totter, but at a reasonable pace despite the stilettos.
As we push through the doors, I have the immense satisfaction of seeing Ben, who is sitting in the corner, choke on his beer. I give a little half-interested wave of my hand, acknowledging that I have seen him, and saunter over to the bar.
Trev gives a low whistle when he sees me, and proceeds to give me a drink on the house.
Blimey! Who would have thought that getting dressed up would have had this much effect? I should have done it ages ago. There is a DJ playing, but as yet there is no one on the dance floor, so we stand at the bar and make girly chitchat.
Jayne comes over from her table and high fives me. “Well done. Lilah! The whole football team wants to give you a shot. “
I blush furiously and swat her away. Shame for them, there is only one member of the team from which I would be open to offers.
After a while, Tristan arrives. He actually spends so much time on campus I don’t know why he does not enrol and just study here as well. He gives me a wink as he leans in to say hi.
“Going all out, Lil?”
“Better believe it,” I respond with a wink of my own.
I feel completely amazing. For the first time in my entire life, my confidence is at an all-time high. I grab a drink and start mingling around, greeting people I recognise. It takes them all a moment to register who I am, and then I get a lot of hugs. It's great, but then again it's a bit worrying. Do I walk around looking like scruffy moose the rest of the time? The only person who doesn’t come and speak to me is Ben. I maturely decide to ignore this. Out of the corner of my eye, I can see the blues flash as he watches me talk to a couple of the guys from History class. Ha! Stick that, sucker.
Five vodkas later and the Lilah dancing machine is out in full force. There are not that many people on the dance floor but I don’t care. I dance away quite merrily until I realise that the room is spinning rather a lot. I try to slow my pace but the room is still spinning which makes me realise that it must be my head and not the crazy dance I am performing.
“I am going out for a smoke,” I tell Meredith, who is doing something I would rather not witness with Tristan on the dance floor.
Outside, I lean against my tree (yes, it is mine) and merrily smoke away. As I smoke I start to sober up a little bit. What on earth am I doing? My whole reasoning for the day begins to make no sense to me at all.
I don’t want to get back together with Ben because I want him to go to the States and have his great career.
It was me who suggested being friends.
It is me who has enjoyed the last week of being friends and the casual flirting that has been simmering under the surface.
It is me who knows that eventually I am just going to have to let go of him being a part of my life.
So why the fuck am I dressed up to the nines attempting to get his attention?
By the time I am on my second cigarette, leaning against the tree with my eyes shut, I am feeling like a complete idiot and just want to go back home and get changed into my comfy jeans and a hoodie.
I feel a hand slide down my arm. I don’t have to open my eyes to know who it is. I would know that touch anywhere.
“What are you doing out here, Lilah? It is freezing. “
I don’t bother opening my eyes, but wave my cigarette in the general direction of his voice, hoping I don’t set his hair alight.
“Look at me,” he says, his voice soft and very close to my ear.
I open my eyes and meet his. “Hey,” I say.
“Hey,” he whispers back

(Please note: I was supposed to review this book for the tour, but it was a dnf for me, so I will let the spotlight speak for itself.)


Participate in the Read-Along! Anna Bloom and other bloggers are hosting a read-along for this great book from September 27th to October 13th.  Be sure to stop by http://annabloomwrites.com/ for all the details and to sign up!

In celebration of the release Anna Bloom is giving away a $20 Gift Card, open worldwide! You can choose which place you'd like it to be for since Amazon isn't available everywhere.
Please read the terms and conditions at the bottom of the rafflecopter before entering.

a Rafflecopter giveaway
Posted by Margay Leah Justice at 8:17 AM