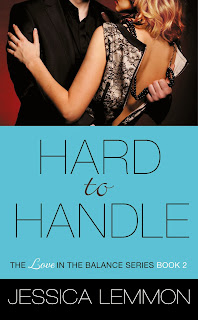 About HARD TO HANDLE:

Sadie Howard never dates a guy more than once-but Fate has other plans for her when it comes to Aiden Downey, the one that got away. Aiden loved her, left her, and broke her heart. Yet suddenly she's bumping into him at every turn, driven todistraction by his wicked grin and rock-hard body. Now she can't resist finishing what they started-as long as she doesn't let herself fall in love . . .

Aiden Downey threw away the best thing he ever had when he let Sadie go, and now he's determined to win back the woman he's always wanted. Sadie agrees to let him into her life-and her bed-as long as there are no strings attached. But Aiden's not about to make the same mistake again. Can he convince her to take a second chance on a once-in-a-lifetime love? 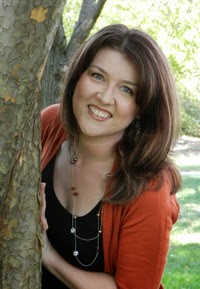 Jessica Lemmon has always been a dreamer. At some point, she decided head-in-the-clouds thinking was childish, went out, and got herself a job . . . and then she got another one because that one was lousy. And when that one stopped being fulfilling, she went out and got another . . . and another. Soon it became apparent she'd only be truly happy doing what she loved. And since "eating potato chips" isn't a viable career, she opted to become a writer. With fire in her heart, she dusted off a book she'd started years prior, finished it, and submitted it. It may have been the worst book ever, but it didn't stop her from writing another one. Now she has several books finished, several more started, and even more marinating in her brain (which currently resides in the clouds, thankyouverymuch), and she couldn't be happier. She firmly believes God gifts us with talents for a purpose, and with His help, you can create the life you want. (While eating potato chips.)