Excerpt from the epic Spellbound series

Okay, today’s entertaining guest post has been provided by bestselling author, Sherry Soule! She is sharing the first chapter from part one of the gripping, Spellbound series, which has been recently revamped with more epic romance, sizzling character chemistry, and thrilling new scenes. To help promote the new editions, she is doing this fun book promo to share the news with fellow book lovers. The new versions also include exclusive bonus material from the charming bad-boy, Trent Donovan!

Enjoy this excerpt from part one, BEAUTIFULLY BROKEN! 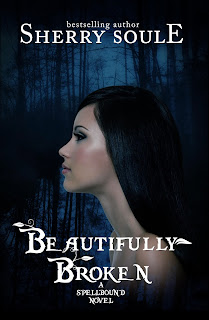 They say every town has its secrets, but that doesn’t even begin to describe Fallen Oaks. The townsfolk are a superstitious lot and the mystical disappearance of a local teen has everyone murmuring about a centuries old witch’s curse.
When sixteen-year-old Shiloh Trudell takes a summer job at Craven Manor, she discovers a ghost with an agenda. That’s where she meets the new town hottie, Trent Donovan, and immediately becomes enchanted by his charms.
Finally, Shiloh’s met someone who is supercute and totally into her, but Trent is immersed in the cunning deception that surrounds the mysterious Craven Manor. So much so that he may lose sight of what is truly important to him. And she can’t decide whether she wants to shake him or kiss him. Yet neither one of them can deny the immediate, passionate connection growing between them.
But underlying everything is the fear that Trent may be the next victim on a supernatural hit list, and Shiloh is the only person with the power to save him…
With cryptic messages from a pesky wraith, Shiloh will finally begin to understand the mysterious significance of the strange mark branded on her wrist and decide how much she’s willing to sacrifice to protect the other teenagers in town.
Unfortunately, for Shiloh, not all ghosts want help crossing over. Some want vengeance. 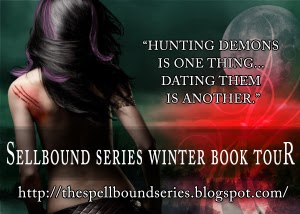 Posted by Margay Leah Justice at 9:06 AM