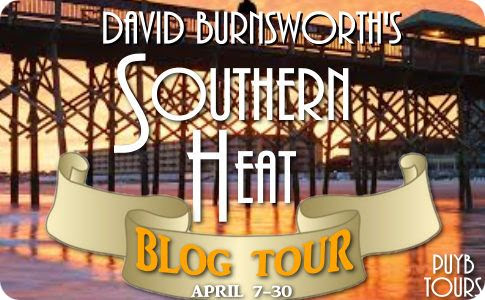 The Story Behind Southern Heat

What inspired me to write Southern Heat was really a collection of details.  I lived in Charleston on Sullivan’s Island for almost five years. That alone gave me the setting. My landlord had a large second row house with apartments on the back side. Second row, for those who don’t know, and I didn’t until I lived there, means the house was in a line of homes across the street from the beach front homes.  He gave his tenants a lot of liberties, including allowing us to head to the unoccupied second floor with an ocean view patio.  In Charleston, homes built after hurricane Hugo had to be elevated. The ground level was a concrete slab that a lot of people turned into an above ground basement. The first floor was really the second floor and the second floor was really the third floor.  Confused yet?  So, the house was really three levels.  One fourth of July, I climbed onto the roof and had a 360 degree view of the Charleston harbor and fireworks in at least five different directions.

Why did I spend so much time talking about the house?  Because I learned the island way of life there—laid back.  The first rule, and there weren’t really many others, was when you crossed the Ben Sawyer Memorial Bridge onto the island, your problems stayed on the mainland.

The city of Charleston is such a gem.  It is like no place on earth, with its palmetto tree lined Meeting Street, premier shops on King Street, and historic homes on the Battery.  As a single man at the time, I also enjoyed the night scene.  Great bars and clubs within close proximity meant my friends and I could walk and hit three different locations on a Friday night.

I tried to capture the healing magic of the city in my book.  Just as I am not the same person I was when I first moved there, I wanted my protagonist to be changed.  Brack Pelton came into being after several failed attempts, the first being a close carbon copy of Mike Hammer with an office on King Street.  That character and the next one didn’t ring true, and members of the South Carolina Writers Workshop critique group I belong to let me know as much.

I wish I could stay the story just wrote itself, but that would be a false statement.  It took a lot of rewriting, and I mean a lot.  I heard that Robert B. Parker could write a first draft and only have to change a few words to make it his final.  Well, I am not Robert B. Parker.  And my first manuscript took six drafts.  Writing is work.  Fun work, but work nonetheless.

What motivated me to finally put fingers to the keyboard was a feeling that I had for most of my twenties that I was wasting time.  I’d come home from work and park in front of the TV for hours.  Looking back, the shows I watched helped develop my imagination, but I knew I was frying my brain.  My soon-to-be wife could tell I was unhappy and urged me to find my passion.  As I was walking back from the exercise room in the apartment complex I was living in at the time, it hit me that I wanted to write a novel. I’d always liked writing.  The “mistake” I made was mentioning this to my fiancé.  Once we were married and living under the same roof, she took every opportunity to remind me what I told her I wanted to do.  Six years later, I had a contract for Southern Heat and I owe a lot to her. 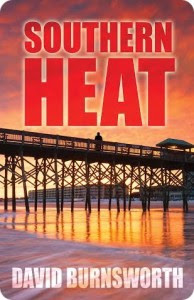 
Gunshots echo down an antebellum alley. Brack Pelton, an ex-racecar driver and Afghanistan War veteran, witnesses the murder of his uncle, Reggie Sails. Darcy Wells, the pretty Palmetto Pulse reporter, investigates Reggie's murder and targets Brack.
The sole heir of his uncle's estate, Brack receives a rundown bar called the Pirate's Cove, a rotting beach house, and one hundred acres of preserved and valuable wetland along the . A member of 's wealthiest and oldest families offers Brack four million dollars for the land. All Brack wants is his uncle's killer.
From the sandy beaches of Isle of Palms, through the nineteenth-century mansions lining the historic , to the marshlands surrounding the county, Southern Heat is drenched in the humidity of the lowcountry.

Purchase your copy at AMAZON

“A man doesn’t have the right to avoid reaping what he sows.”
Brother Thomas 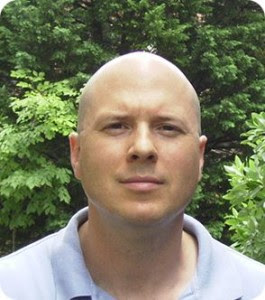 David Burnsworth became fascinated with the  at a young age. After a degree in Mechanical Engineering from the  and fifteen years in the corporate world, he made the decision to write a novel. Southern Heat is his first mystery. Having lived in  on Sullivan’s  for five years, the setting was a foregone conclusion. He and his wife along with their dog call  home.

His latest book is the southern noir/mystery, Southern Heat.

Posted by Margay Leah Justice at 9:15 AM