Book Spotlight and Giveaway: Aerenden Series (The Child Returns, The Gildonae Alliance and The Zeiihbu Master) by Kristen Taber

Why I Write Fantasy
by
Kristen Taber

I’m shy. Painfully, miserably shy. I can’t exactly pinpoint a moment that turned me that way. Maybe some stranger made a scary face at me when I was six-months-old. Or maybe I was just born this way. However it happened, I’ve been shy as far back as I can remember. Don’t get me wrong, I love people. I just prefer to watch them from the outskirts of the party, not as a center point of it.

Because of this temperament and because my sisters and I moved a lot as children, I spent much of my childhood crafting stories in my head. I’d invent backgrounds for strangers or create imaginary playmates to keep me company. And when I got together with kids in my neighborhood, I’d make up plays that they could act out with me. They welcomed my rich imagination and some of them became friends as a result of it.
Once I learned how to write, my stories became more elaborate. Streets became sand lots on Mars. A cluster of trees turned into a dangerous jungle. Games of tag became laser gun shoot-outs. Monsters and mythical creatures stalked us while we played hide-and-seek. Moving vans became rocket ships or Oregon Trail wagons. My sisters and I turned into doctors, nurses, and explorers.

In tough times, I escaped into my books, valuing fantasy the most. I loved that I could find escape not just in other tales on this planet, but in whole new worlds. I loved the adventures and the way battles made my heart race. I loved how magic could transform people into animals, how a spell could make nothing turn into something, or perhaps even change a shy girl into a popular one. At least on paper, anyway.

I began to imagine myself in fantasy stories and write them out. I’d be an ogre one day or a magician another. I could wield a sword or fire an arrow, fight against evil queens and command dragons. I’d never felt so free. And though I knew my stories were made up, they seemed real. Real enough to get me through the hardest times of childhood, anyway, the middle school bullying years.

In high school, I found better ways to cope with my shyness. I started making friends through social clubs, finding similar interests with my classmates. I shared my stories with them in English class or at the end of the day as we gossiped in the hallways. I relished the idea that they loved them as much as I did, and encouraged me to write books. I never did, at least not until years later. I set the words and the coping mechanism aside and started on a business career path instead.

But the stories never really left me. They found me again and I began to write in earnest. Not to cope or because I’m shy, but because I’m good at it. And I write fantasy because it’s like visiting old friends. The worlds I created back then still exist; the characters greet me as family. I let others wield the swords in battles and fell monsters with arrows, but I’m more than happy to encourage them in their quests and share their journeys in my books. And maybe those stories will reach out to a shy kid who will write fantasy tales of his or her own someday. I like to hope so, anyway.

Aerenden Series (The Child Returns, The Gildonae Alliance and The Zeiihbu Master)
by Kristen Taber 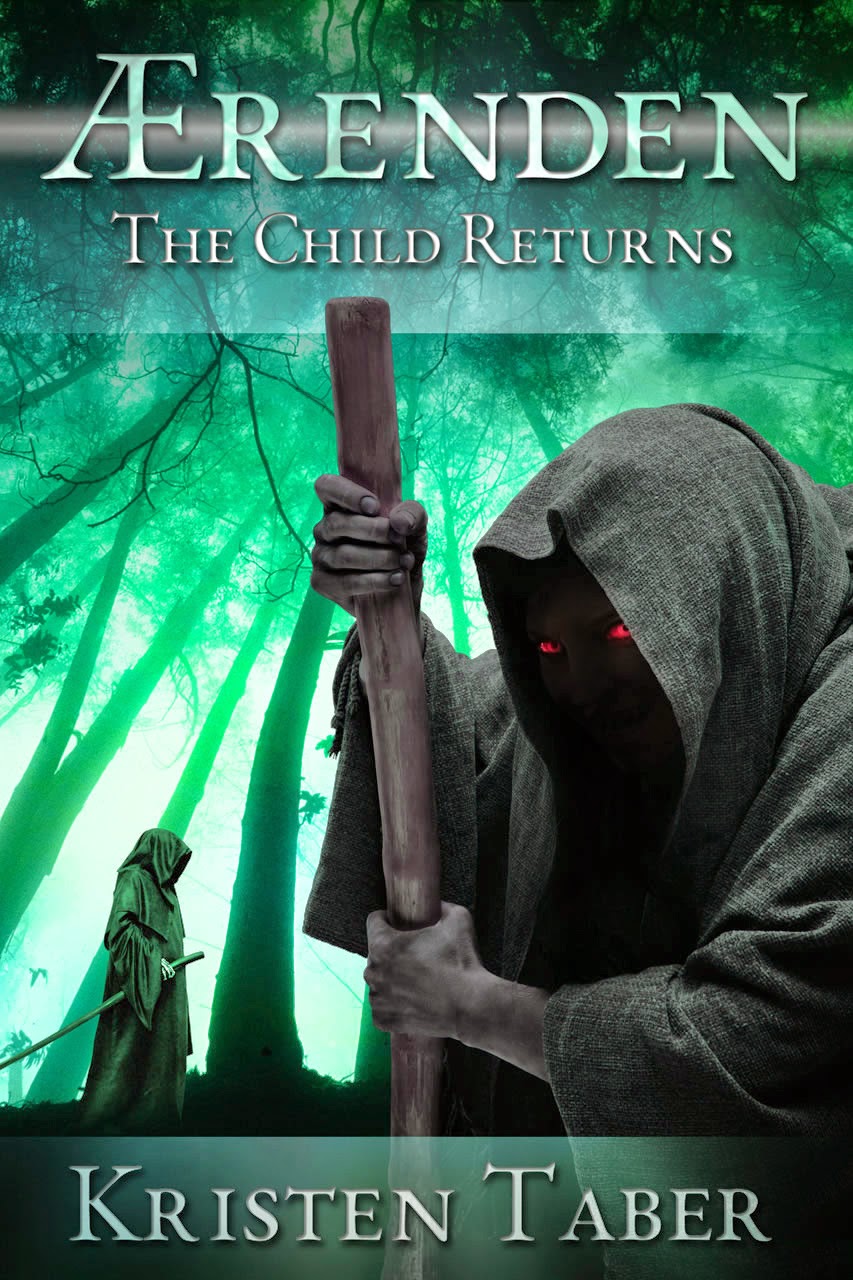 Book One: The Child Returns

Seventeen-year-old Meaghan has no idea her perfect life has been a lie — until she witnesses her parents’ brutal murders at the hands of red-eyed creatures.

After nearly sharing their fate, she escapes with her best friend, Nick, who tells her the creatures are called Mardróch. They come from another world, and so does she. Now that the Mardróch have found her, she must return to her homeland of Ærenden or face death.

Left with little choice, she follows Nick into a strange world both similar to Earth and drastically different. Vines have the ability to attack. Monkeys freeze their victims with a glare. Men create bombs from thin air. Even Meaghan’s newly discovered empath power turns into a danger she cannot control.

But control becomes the least of her worries once the Mardróch begin targeting her. When Nick confesses he knows the reason they want her, she learns the truth behind the kingdom's fifteen-year civil war — a long-buried secret that could cost Meaghan her life.

Several months after Meaghan’s return to Ærenden, the kingdom’s war has taken a turn for the worse. The Mardróch army hunts the new King and Queen, destroying villages in its wake. And Meaghan and Nick, training for battle in their remote section of wilderness, are far from safe. Danger hides in shadows and behind innocent faces. Allies become foes. Each day is a fight to survive. But in the end, only one threat matters. And it’s a threat they never see coming. 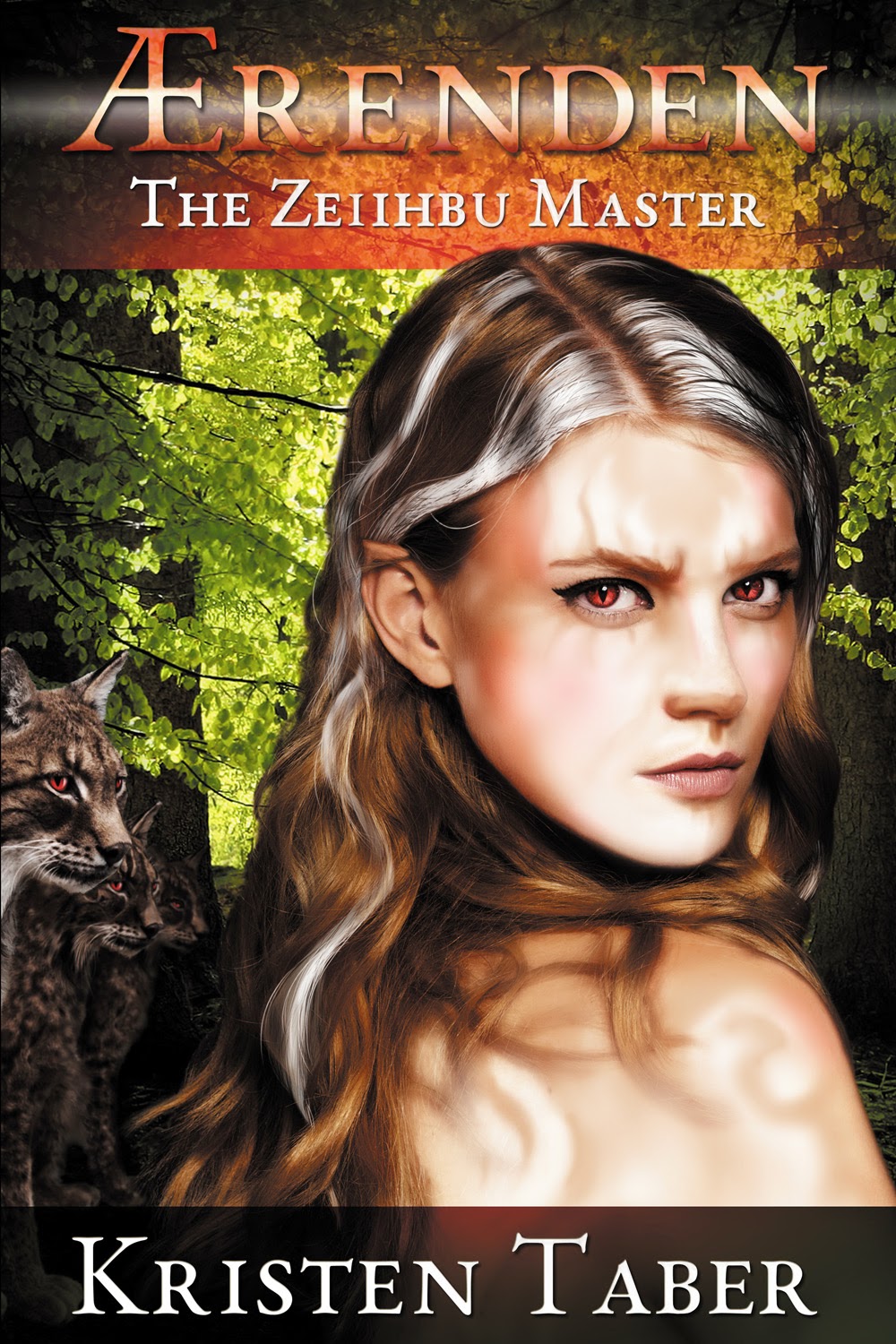 Separated and on opposite sides of the kingdom, Nick and Meaghan face different pursuits which could change the balance of power in Ærenden forever.

While Nick trains the villagers to be soldiers, Meaghan and a small rescue party venture into Zeiihbu to find Faillen's young son, before Garon can use the boy's power to destroy those still fighting against his rule.

Everyone knows Meaghan could be on a suicide mission, but when Nick stumbles upon a secret concealed in one of the southern villages, he realizes that Garon might not be Meaghan's greatest foe. The enemy most likely to kill her is someone who has also promised to keep her safe.

Meg,” her father spoke again and her eyes filled with tears. His voice was no more than a whisper. “Trust Nick. He’ll keep you safe.”

She nodded, and then shook as her father gathered his last breath. The footsteps reached the top of the stairs. Her father shuddered into stillness, but she had no time to mourn before Nick grabbed her hand and yanked her out the front door.

Cold air bit her face. Black clouds gathered overhead, shadowing the day in darkness. A gust of wind whipped leaves across the yard, building small funnel clouds, but she ignored them. She focused on the back of Nick’s head, then on her car when she realized they would need it to escape. They had nearly reached the driveway before she remembered she did not have her keys. She skidded to a stop. Turning back toward the house, she caught her breath when she saw their pursuers exiting the front door.

There were three of them, each taller than the last. Dark brown cloaks covered them from head to foot and they all carried heavy wood clubs stained with blood. They moved with an unnatural speed and disjointed grace, as if they floated instead of touching the ground. A putrid, rotting scent emanated from them in waves. It rolled Meaghan’s stomach, pitching her breakfast mid-way up her throat before she controlled the reaction. Nick grabbed her arm and pulled her toward her parents’ SUV.

Less than a quarter of a mile from their destination, the air took on the distinct smell of smoke. Although it started out faint, within a matter of minutes, Meaghan could see a heavy black cloud rolling toward them, chased by an unmistakable orange glow.

“Fire,” she started to warn Nick, but choked on the word before she could complete it. Nick glanced toward the advancing fury, grabbed her hand and pulled her along behind him, hastening their pace toward the cave.

It all seemed too familiar, like she had returned to the fire Cal had set in the field. But this time, though the sense of déjà vu made it seem surreal, she realized Cal’s power did not control it. They had no protection from the flames.

Her eyes stung. Her nose burned. She pulled the neck of her sweater over her mouth and breathed through it. It helped, but it would not keep her alive for long. They would only be safe when they reached the cave. Even if Cal had not yet arrived, they could teleport somewhere else. She did not care where, so long as they escaped the inferno chasing them.

She moved faster, watching Nick’s feet as the smoke grew thick, clouding her eyes. She recognized a boulder with a red vein running through it, and a stump shaped like a chair. They crossed the frozen stream, now trickling with new melt. A hundred yards remained. She could almost taste the clean air that would greet them when they found their way to the deeper caverns. The need drove her, and then something tugged at her awareness and she froze mid-stride. 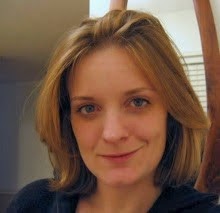 Kristen spent her childhood at the feet of an Irish storytelling grandfather, learning to blend fact with fiction and imagination with reality. She lived within the realm of the tales that captivated her, breathing life into characters and crafting stories even before she could read. Those stories have since turned into over a hundred poems, several short tales, and five manuscripts in both the Young Adult and Adult genres. Currently, Kristen is completing the five-part Ærenden series from her home office in the suburbs of Washington D.C.

Kristen will be awarding a $25 Amazon GC to a randomly drawn commenter during the tour as Grand Prize and an audiobook will be issued to 10 runnerup commenters.

a Rafflecopter giveaway
Posted by Margay Leah Justice at 8:43 AM