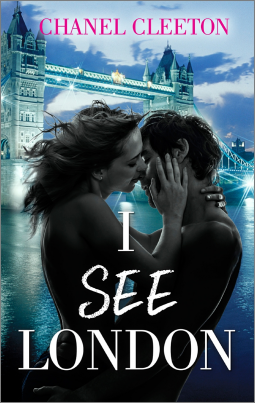 Maggie Carpenter is ready for a change—and to leave her ordinary life in South Carolina behind. But when she accepts a scholarship to the International School in London, a university attended by the privileged offspring of diplomats and world leaders, Maggie might get more than she bargained for.
When Maggie meets Hugh, a twentysomething British guy, she finds herself living the life she has always wanted. Suddenly she's riding around the city in a Ferrari, wearing borrowed designer clothes and going to the hottest clubs. The only problem? Another guy, the one she can't seem to keep her hands off of.
Half French, half Lebanese and ridiculously wealthy, Samir Khouri has made it clear he doesn't do relationships. He's the opposite of everything Maggie thought she wanted…and he's everything she can't resist. Torn between her dream guy and the boy haunting her dreams, Maggie has to fight for her own happy ending. In a city like London, you never know where you stand, and everything can change in the blink of an eye.
This is a New Adult romance recommended for readers 17 and up.
(From NetGalley)

I absolutely loved this book! It was different enough from others in its genre that it set itself apart from the beginning and it just kept getting better as it went along. The characters were amazing and the storyline was just delicious. What can I say about Maggie and Samir? I loved their characters - the way they interacted, the way they tried to stay apart but couldn't. Just everything about them was so fun and endearing, I just loved the scenes where they were together the most. And there are so many secondary characters that are intriguing as well, like Fleur, for instance. She proves that what you see isn't always what you get, but rather, what other people want you to get. She first appears to be one way, but when you get to know her, you see a totally different side to her and this makes her so much more human. The same can be said of many of the other characters. I look forward to reading more about them.