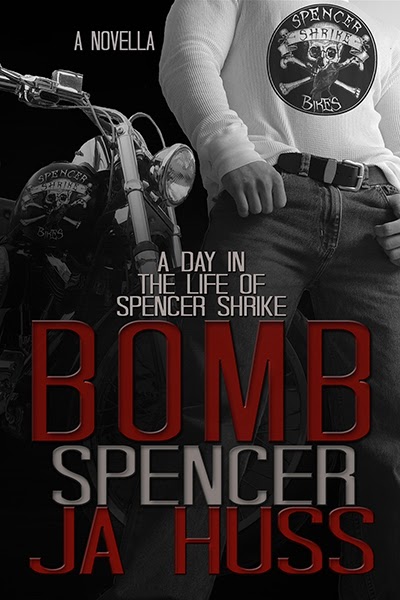 Synopsis:
Spencer Shrike is a plotter. Known for his ingenious, albeit illegal, plans that keeps the Team running efficiently and out of jail, he carries this same love of order into his personal life. He’s kept his long-time main squeeze on the sidelines for years as he builds the Shrike Bikes empire.

Veronica Vaughn is an explosion ready to happen. Ronnie lives in the here and now. She lives for today. She knows what she wants, and she wants it now. And right now Ron the Bomb Vaughn wants Spencer shrike to leave her the hell alone. She’s done playing his game. She’s done waiting around. She’s moving forward with her own plots, plans, and dreams and she’s moving forward tonight. Ron the Bomb is finally—finally—gonna get some satisfaction.

Too bad Spencer Shrike is standing in her way. 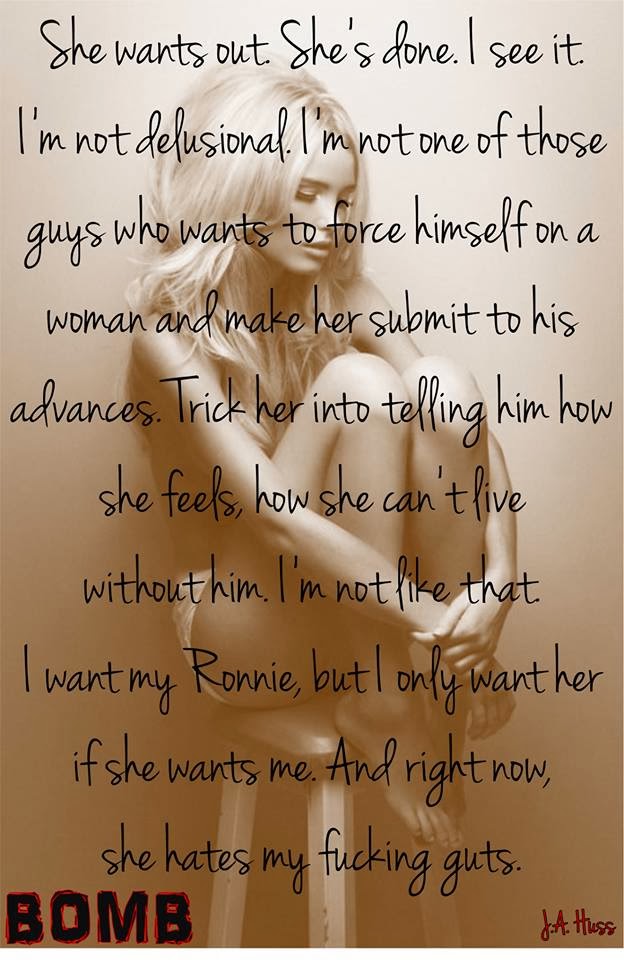 Excerpt One:
“Why are you following me?” she stops and asks in a huff, her foot stomping on the polished concrete floors.
“I’m going to class. I’m not following you.”
She looks over at me and scowls. “You have class here in this building at seven AM? Not likely. There’s only one class in here and it’s by invitation only,” she says with an air of superiority as she begins walking again.
I walk again too, then smile at her when she checks to see if I’m still following. “I’ve been invited, don’t worry.”
This makes her stop and whirl around to face me. “You’re in my class?”
“I am,” I say smugly. “I’m a transfer from DU. I major in business, but I take art on the side.”
“Oh.” She flips her long golden tresses over her shoulder. “A hobbyist.”
“Yeah.” I smirk and shrug at the same time. “You could call me that.”
She turns again and resumes the power walk. I catch up, pass her, and then hold the studio door open and wave her through.
“Thank you,” she says under her breath as she passes close enough for me to breathe in her scent. She smells like sugar. Seriously, like a fucking cookie or something. I watch her head across the room to gather her things. The studio is filled with students. At least forty of them. Everyone is setting up, getting ready for life drawing.
“Mr. Shrike,” the middle-aged voice calls out to me from across the room.
I look over at Bombshell and she’s watching me very carefully. I wink and shoot her with my finger, then turn and walk towards the professor with a smile. “Miss Aberdeen, thank you for fitting me in the class. I can see what you mean now, it’s packed full.”
She blushes at me. Yeah, I have that effect on women of all ages, so I shoot her a winning smile and tilt my head a bit. Ronin taught me that move. I might not be on speaking terms with him these days, but that guy knows all the fucking charm tricks. He has the women lined up like groupies.
I’m not a groupie gatherer, but this head-tilt thing works well enough on the professor in front of me. Her look says, I’m an artist. She’s got the earthy clothes that hang off her skinny frame, the glasses, the put-up hair that’s falling out all over the place, and the Birks on her feet.
She’s so earthy, I was sorta shocked when she named her condition for letting me join this class.
“Mr. Shrike—”
“Please, Miss Aberdeen, call me Spence.” I smile again and chance a look over at Bombshell. She’s set up in the front row. I already knew this. I’ve been doing recon on the Bomb since I first saw her in that fight with her brother in front of the bookstore.
“Very well, Spence.” Aberdeen blushes when she says my name and that’s sorta cute. “Next week your space is next to Miss Vaughn—”
She continues talking about what will happen next week. But I’m more concerned with what’s happening this week to give a shit about a time so far in the future, so I tune the rest out. I’m too busy looking over at the Blonde Bomb as she tries to process what’s being said.
I chuckle as Aberdeen walks away and Veronica Vaughn walks up. “You planned this. You’re stalking me, aren’t you?”
“Recon, baby. Not stalking.” And then I grab the hem of my shirt and pull it straight up over my head. Not too fast, Ronin taught me this too. He said the slow-mo shirt removal was one of the easiest ways to snag a girl. When I look back at Veronica her mouth is gaping open.
“What are you doing?” she hisses at me. “Put your shirt on!”
I drop the shirt to the floor and go for the pants. Veronica gasps when I pop the button and downright chokes when I go for the zipper. I hear a few cat calls from the back of the room as I slip my pants down.
I’m commando today, so His Highness just pops right out.
Every girl in the room explodes in laughter. It’s the good kind though. I know the difference. This laughter says, Holy fucking shit, I cannot believe he just took off his clothes!
“You look more like a cherry than a bombshell right now, Blondie,” I joke with her.
She shakes herself out of her silent stare and turns on her heel.
“Well,” Miss Aberdeen says as she claps her hands together in delight. “Mr. Shrike—err, Spence.” She smiles big as she says my name. “It’s too late now, obviously, but next time—”
“Next time?” Blondie says as she peeks out from behind her easel.
“—please use the dressing room over there in the corner. And put on a robe until we’re ready for you.” She bats her eyelashes at me, then steals a glance down.
“Sure thing,” I say as I wink and shoot. “Where do you want me, Miss Aberdeen?”
Veronica blushes the entire fucking class. Her face is this sexy shade of flush for ninety minutes. And every one of those ninety minutes, she thinks about nothing but me. She traces every line and curve of my body onto the paper in front of her. She licks her lips seventeen times. She sighs twenty-two times. She groans and whimpers when she makes five mistakes, and she even has a pouty frown on her face for the splittest of seconds when Aberdeen announces that class is over.

Excerpt Two:
“Do you want me to stop, Ronnie?”
Veronica hesitates and I pull back, but her hands grab mine and hold them to her body, tightly. “No, I don’t want you to stop.” She looks over her shoulder at me, her mouth open, her chest rising and falling faster than it was a few seconds ago.
I lean into her neck and kiss the soft skin, right under her ear.
She shudders.
“Oh, hell,” she sighs. “Maybe you should stop.”
I pull back immediately. “I will if you really want me to. But Veronica—” I reach up to turn her chin towards me. She has to reposition herself a little to look me in the eye. “Don’t say no because it’s expected of you. Or because you’re afraid I might hurt you. Or because it’s too soon. Because you’re mine, baby. I knew the moment I saw you last week, outside the bookstore having it out with your brother over something. I watched you stand your ground and toss your hair at the same time. And I told myself, She’s mine. I need her. I don’t know her, but I will. And now I do. And I want you. Not just for tonight, not for just a weekend, not for just this semester to pass the time, not just to get some kickass ink on my body. I want you for all those things, but I want them indefinitely.”
She lets out a long breath. “Holy shit, that’s sorta deep. What’s that even mean? Indefinitely?”
“It means I’m here, for as long as you want me.”
“But you don’t even know me, Spencer.”
“I’ve watched you for weeks. I know all I need to know.”
She’s silent for a moment, and then she stands up and turns around and straddles the long black leather seat, facing me. “What do you want me to say?”
I smile. “When I ask if I can touch you tonight, I want you to say yes. When I ask if I can kiss you tonight, I want you to say yes. When I ask if I can have you tonight, I want you to say yes. Just say yes, Ronnie. I want you to say yes. One word, that’s it. One word is all it takes. And I really will change your life.”
Her eyes dart back and forth, searching my face. I can almost hear her thoughts. Running all the questions through her mind, past conventional expectations. Past her father’s opinion of her. Past her brothers’ reactions if they find out she gave in to me after knowing me less than twenty-four hours.
And then she closes her eyes and whispers, “Yes.” 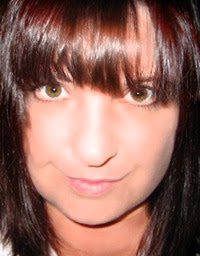 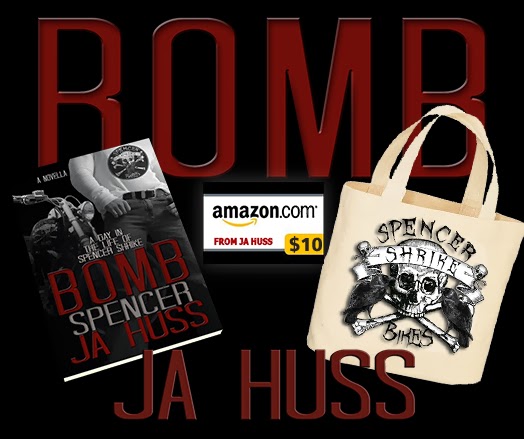 
a Rafflecopter giveaway
Posted by Margay Leah Justice at 7:45 AM