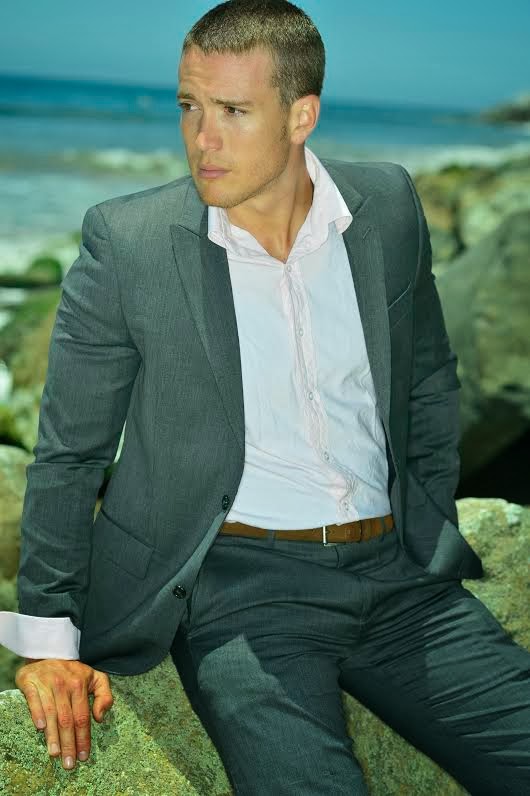 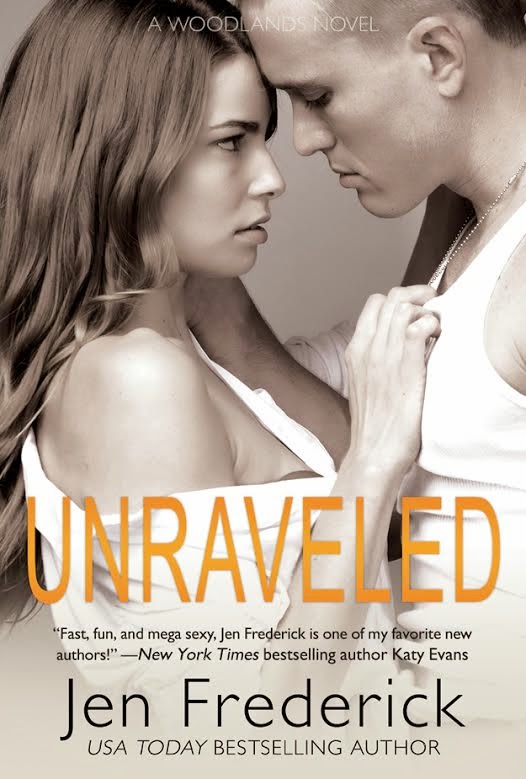 Hi Lance!  We are so excited to have this opportunity to get to know you better.   We have just a few questions for you.  To begin, can you tell us how you became involved with Jen Frederick and the Unraveled Cover?


Of course, I was found by the amazing photographer David Wagner, and he reached out to me to be a part of the Shoot.  At the time I did not know it was for a Jen Frederick book cover.

You mentioned that your mother is a big fan of the series, which book is her favorite?
Does she brag to her friends that you are on the cover?


I did, my mother is a big fan of the “Woodlands series,” so this is a little bit of a big deal for her.   She has just started bragging to her friends, she belongs to a book club and has told all of them about it.


Your bio is quite extensive as an actor/model/producer. What are the attributes of each that you like the best?


Great question, well I started my career off as a fitness model and everything has developed from that initial competition I competed in. Everything life has thrown me in my career has been a blessing.  Modeling helped me pay for college and introduced me to stage acting and producing developed from that.  My degree was in Financing and that has helped me with the financial side of producing, and while I was in college I had my first bite of the acting bug.


Through the years I have learned to loved all aspects of the my career.  When I’m in front of the camera modeling I am using my abilities to convey emotion and feelings through my look.  While acting I am creating characters that entertains and makes people who watch feel something.  Then producing allows me to use my love of puzzles and find the fastest and most proficient way to finish a project.  A great example of this would be finding a cost efficient way to land a crew in Syria to cover refugees for my documentary, “Growing up Refugee.”


Do you have to get your head in a particular mindset when you’re in a shoot?


Yes, of course.  It doesn’t matter if I’m in front of the camera for a photoshoot or film, I take both just as serious and let myself become the character I am portraying.


What was being in the shoot like? Is it uncomfortable to bare so much skin? 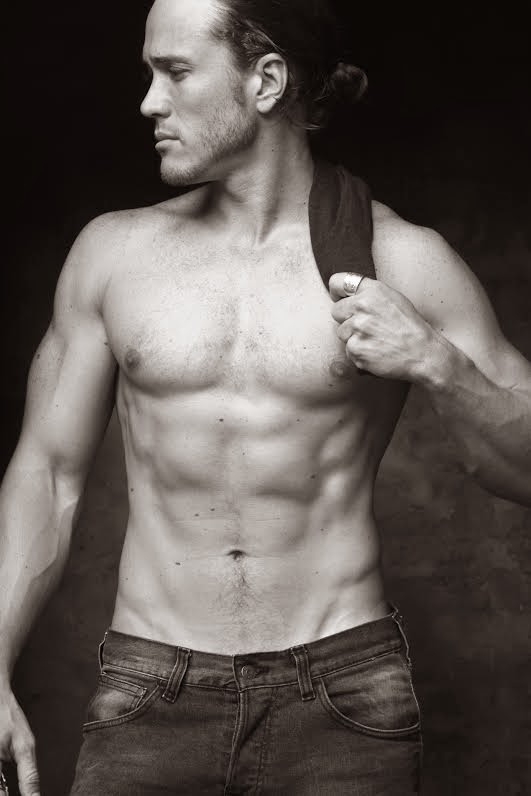 You can never bare too much skin! :)


In Unraveled, the hero has very close male friends who he bonded with while in the Marines. Do you have a group of friends that you would do anything for?


I do actually, I grew up in Naples Florida and even though my buddies and I have went our different directions we still keep in contact with each other.  I’ll actually be visiting two of my best buddies this year in London and Japan.


The book features a scene where the guys construct a slip n slide out of tarps and air mattresses. Sounds fun, Right? So, we ask: "What's your craziest DIY project?"


That sounds amazing! It reminds me of a similar DIY slip n Slide my fraternity brothers and I created in the main lobby of our fraternity house.  That was crazy good time.  We had a whole themed party around it.


The Hero in this series, tried to pick up knitting to impress his girl.  Name one thing you have done to impress a girl that your friends would tease you for.


What's it like to be the embodiment of one of Jen's sexiest guys to date.  Sgt. Phillips is a dirty talker.... Ladies, want to know... On a scale of 1 to 10, what is your skill level of dirty talking?


It is amazing being part of Jen’s world.  I am very thankful for the opportunity and readers rest assured I am a 10 on the dirty talking scale when the times calls for it.  It wasn’t just my amazing cooking that landed me my dream girl.


Women are swooning over the cover of Unraveled.   Have you been recognized as the cover model?  How do you handle women “swooning” over you?


I have not been noticed as of yet, but that could be due to me being stuck in Detroit during the Polar vortex on a project.  As with everything I try and handle women “swooning” with respect and never take advantage of any situation.


Out of the movies that have been produced, is there one role you would have loved to play?
opposite of myself.  It was a refreshing role and I look forward to the movies release later in the year.


I approach film financing and producing very differently then others, my main goal behind helping creating projects is to further my acting career.  So when I attach myself to a project I usually have a role set in mind.  My favorite as of yet was the role of Cain in “Buried Cain,” it allowed me to deeply embrace a character who handles his life situations in the polar opposite of myself.  I look forward to the “Buried Cain” release later in the year.


We would love to see more of your work.Can you share with us a few of your favorite finished photo shoots? or candids? 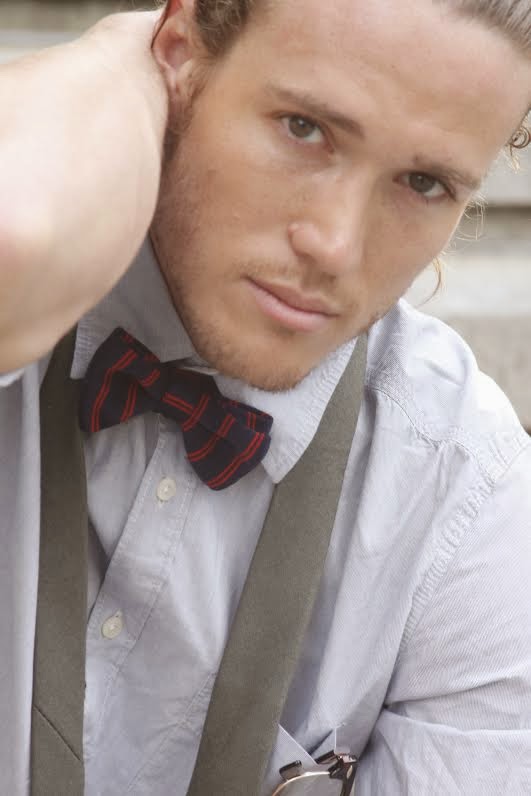 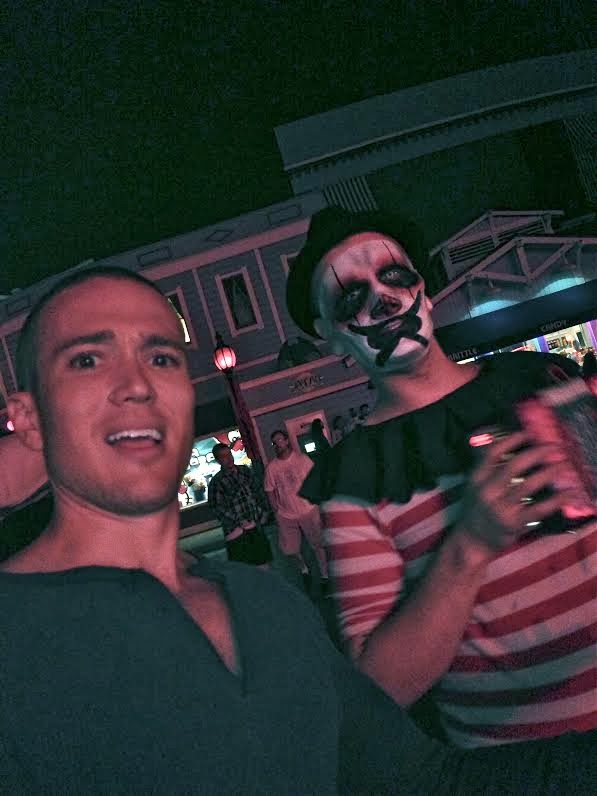 I definitely can. I hope you enjoy the pictures I have enclosed.
Thank you again for taking the time to answer our questions.  We are enthusiastic about seeing more of you.  Good Luck to you and all of your future endeavors.
Thank you! I appreciate that, and the same to you girls.

Unfortunately readers I am in an amazing relationship with a very special girl.

From the USA Today Bestelling Author of Unspoken comes a sexy new love story featuring a gun shy Marine and a young widow.


Gray Phillips would like you to get to know him. Here's five things on his resume:
The rest you'll have to find out by reading Unraveled.


Twenty-five-year-old Sgt. Gray Phillips is at a crossroads in his life: stay in the Marine Corps or get out and learn to be a civilian? He's got forty-five days of leave to make up his mind but the people in his life aren't making the decision any easier. His dad wants him to get out; his grandfather wants him to stay in. And his growing feelings for Sam Anderson are wreaking havoc with his heart...and his mind. He believes relationships get ruined when a Marine goes on deployment. So now he's got an even harder decision to make: take a chance on Sam or leave love behind and give his all to the Marines.


Twenty-two year old Samantha Anderson lost her husband to an IED in Afghanistan just two months after their vows. Two years later, Sam is full of regrets--that she didn't move with her husband to Alaska; that she allowed her friends to drift away; that she hasn't taken many chances in life. Now, she's met Gray and taking a risk on this Marine could be her one opportunity to feel alive and in love again. But how can she risk her heart on another military man who could share the same tragic fate as her husband

Posted by Margay Leah Justice at 8:53 AM