Book Blitz and Giveaway: Getting by ~ A Knight’s Tale I by Claudia Y. Burgoa 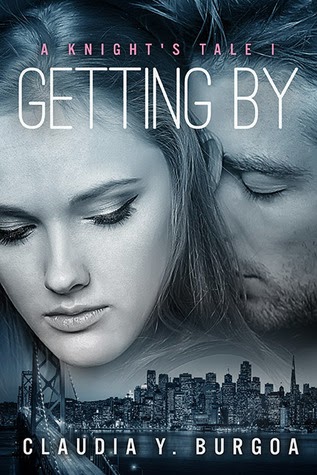 When Emma Anderson arrived at San Francisco International Airport, she regretted accepting the distinction of being the maid of honor to Gaby’s—her childhood friend—wedding. It had been years since the last time she set foot in Menlo Park, where her parents had been killed. The rug where she had been shoving her feelings since that day looked bumpier than a camel’s hump. Who could blame her; if she hadn’t been selfish they’d still be around. Ever since that fateful day, Emma has been perfecting the knack of Getting By.

Cade’s wedding in Menlo Park—a city close to San Francisco—might be the perfect place for Jake Knight to shake the memories of his ex, Emma Anderson for good. Single, available women galore for an entire week was the perfect medication, one he intended to take three times a day for an entire week to return to his player days. It was a plan the former spy thought flawless until he came face to face with the maid of honor. Jake’s perfect retreat turns into a flight, fight or hide week of celebrations.

Q: If you had to choose, which writer would you consider a mentor?

C.B.:  Modern: I’d say it’s a tie between Sophie Kinsella, Meg Cabot and Nora Roberts.
Classic… I’d like to think that throughout the years I have learned from Fitzgerald, Hemingway, Cervantes, Wilde, Asimov, Dickens and Austin. Let’s not forget Shakespeare, who wrote about Italy without ever visiting the country.

Q: Name one entity that you feel supported you outside of family members.

C.B. My friends, and also my social media friends. Members of Facebook I met five years ago and now from twitter, the community of indie authors is amazingly supportive. Not only with my writing, but on a personal level too.

Irene: Why did you start writing, Claudia?

C.B: I read a lot when I was little, since I lived with my grandmother, I was privy to my grandfather’s books. [No one told the adults I needed age appropriate literature] There I was, a six year old reading Cervantes, Dostoyevsky, Marquez and encyclopedias. From there I began writing, trying to imagine a different life—a fun life.

Q: Who designed the cover for Getting By?

C.B. The team at Damonza, they are amazingly talented.

Q: What was the hardest part of writing Getting By?

C.B. Writing Jake’s POV, it is the first time I attempt to write from the male perspective.

K.M.: What can you offer them in the way of information or entertainment?

I like to think I’m bringing witty, neurotic, human characters that, although they want to be perfect they live their lives with flaws like everyone else, yet they handle it the best they can. I try to add some humor to the mix with the promise that’s there’s always a better tomorrow –or at least something nice on the next page.

Stephanie Neighbour: I’ve decided to out you as a gadget junkie—Apple in particular. What is your   gadget of choice for writing your manuscripts?

CB: Hardcore apple, however my computer isn’t…something about software and other gibberish that the IT man of the house keeps telling. When I’m not typing at my desk, I’m using one of my three iPad to write a scene. After I email it and fix it.

S.N.: Your number one guilty pleasure is??? (I already know it isn’t Taco Bell)

CB: Any and all carbohydrates, chocolate, candy, pastries, real tacos…overall I’m a foodie.

S.N.: Do you decide the path of your characters or do they take on a life of their own as the story unfolds?

They take their own path and I just have to watch them behave, there’s been a few times when I have to erase several chapters because they don’t care about closure. One of the reasons why I have 7 first drafts of Getting By stored in my computer.

Definitely a storyteller, age…fairly young. A few times I wrote the stories; that began around middle school. During high school, my best friend who had an ongoing Telenovela with her boyfriend suggested that I documented it and make myself famous with it. One day I might out her, as soon as I find my notebook I’ll get her.

Six years ago I retook the idea of writing what the voices in my head tell me. Last year is when I found the guts to share them.

S.N.: If you could write in a different genre, what would it be?

CB: Sci-Fi… in middle school I seriously made my boyfriend believe I was an alien. Mothership and all explained in detailed. I was raised in a house of Assimov lovers, Star Trek geeks and overall nerds.
Fantasy and paranormal too, that comes from the fairy side of my family and my grandfather who always told me I’m good with ghosts—he died before I was born.

S.N.: Who or what inspires you?

CB: Music inspires me, it sets the mood of how the book will go. Who…the people I observe.

CB: Night Owl? I work Australia time, which usually is when we sleep here in America.

S.N.: Your dream vacation is….

CB: Depends on my mood, I love to walk and discover new places, but if I’m tired a good sun tan in front of the ocean is perfect.

S.N.: Name something you are really horrible at. (Doesn’t have to be related to writing)

CB: Crafts, I have two left hands. I can’t use a thread and a needle even if my life depends on it. *useless, the voices in my head scream in unison*

S.N.: What can we expect from you in the future? New projects? Other ventures?

This book I’m releasing, Getting by, is the first installment of series A Knights Tales. Following Jake, Mitch and Liam three playboy brothers who have a playboy life but a knight in shining armor complex. Their world collides a bit with the world of Where Life Takes You—the Life series. There’s a cameo from one of the characters of WLTY here.

The second project is Next To You, book number two of the Life series. I teamed up with Damonza and we have a gorgeous cover, which should be reveal in the near future. On this book, we’ll not only listen to Becca, but also Dan’s side of the story. This is not a rehash of the first book from Dan’s POV though. There are a few cameos from the characters of Getting by here. And the precious is already with my Editor extraordinaire, Karen.

I’m doodling with the second book of the Knights Tales series Standing By, that’s Mitch and Hayley’s story. Meanwhile, in the other side of my brain; I’m pondering about a third book of the Life series, with Buddy’s life—Dan’s foster brother. There’s another book which at the moment is a skeleton trying to stir up the usual protocol and bring a different kind of theme to what’s been written lately. There’s a twist on it and I’m hoping to pull something fun.

“You sure about being here?” She nodded, answering my question. Then I slipped one of the migraine pills in her hand and opened a bottle of water. I noticed that Mom and Dad had walked over to Gaby, who waited for them on the corner of the street. After gulping her medicine and water, she handed the bottle over to me. “Text me if you need me to pick you up earlier, Pretty Girl.” She nodded again and I kissed her temples. “Liam, can you walk her to the shop, please?”

Mitch couldn’t hold his tongue any longer, and spoke up, saying, “What was that about?” I glared at him. “Mom being too quiet is scary, right? You want to throw her at her own game? Am I next to be extremely nice with Emma, as if she was my girl?” I grinned, he got me. “Pointers for it to work. Try to change your concerned look, stop drooling and perhaps Mom might believe you.” I narrowed my eyes. “Yeah, it was that obvious since we hit the hotel restaurant at eight this morning, Jay. You were too couple-like. Let’s run you through the breakfast highlights.

“You spotted the girl and ran to her whispering in her ear, giving her a stupid smile I’ve never seen you wear before.” I smirked, remembering the fork, and snorted. Ignoring me, he continued, “At breakfast you two were sitting too close for comfort. Not even Mom and Dad were that close. The best part wasn’t the medicine errand you ran for her. No.” No? I put a hand on the back of my neck and continued listening to the play by play that made me look like a moron in love. “The freaky part, where everyone dropped their jaw at the table, was when Emma reached toward your plate and grabbed strips of your bacon.” I shrugged, what was wrong with it? “Not once, but several times. No one is allowed to touch your food, Jake. Ever since we were little, you hated it. Yet, Emma touched your food, and while she was doing it, you were a millimeter from kissing her. You two are too comfortable with each other, and the daunting part, Jake, is that the two of you fit so well that you don’t realize how wrong everything looked for the ones that don’t know about your relationship.”

“Or for the ones that know you two broke up,” Liam added. I didn’t notice when he came back. “The parental units are suspicious, Jake. Come clean and put some space between you and Emma before Mom chooses the wedding location and makes Dad buy the two of you a house next door to theirs.”

“Did you have to deal with the TMI all the time, Li?” Mitch shivered after Liam nodded with a blank stare. “I never checked to see if the girl I slept with used the pill or not. Add to that the hot factor that she carries condoms in her magic bag.”

“It’s different when you’re with a girl for more than one n—” I rubbed the back of my neck. “Can we not talk about my girl?” I gulped after uttering the last two words and began to think about some form of rehabilitation to move on. 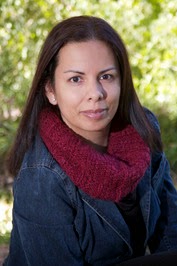 Claudia lives in Colorado with her family and three dogs. Two beagles who believe they are human, and a bichon who thinks she’s a beagle. While managing life, she works as a CFO at a small IT Company. She’s a dreamer who enjoys music, laughter and a good story.

a Rafflecopter giveaway
Posted by Margay Leah Justice at 7:35 AM