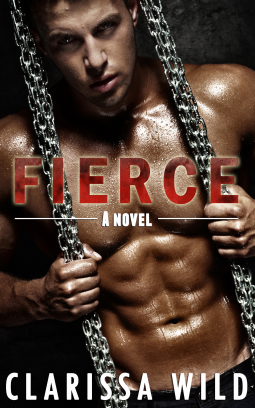 Fight for your dreams. Fight for your life. Fight for love. Nerdy girl Autumn Blakewood is the prime example of a goody two-shoes. She studies every night, is never late for class, and always follows the rules. She has never felt the need to step out of her comfort zone. That is, until she meets Hunter.Hunter Bane is a cocky, confident bad-boy, who's nothing but trouble. He’s a dangerous distraction to everyone around him. Sexy and strong, Hunter enjoys the swooning effect he has on women. Especially those who aren't used to attention, like Autumn.Autumn finds it hard not to give into Hunter’s advances, even though it all seems like a game to him. Trying to understand him is impossible, because he shrouds himself in mystery.
What she doesn't know is that Hunter has more baggage than anyone should have to carry. When she discovers he's in an illegal frat club to save the one person that matters to him, Autumn realizes this could mean the end of her undeniable connection to him. Even their lives are at risk.
But it's too late to turn back now ...
(From NetGalley)

This book had some good things going for it - I really liked Hunter, he was a great character and you had to admire his drive and motivation. But it also had some things that detracted from it, like Autumn. This character just didn't ring true for me, which is unfortunate, considering she's the one telling the story. Autumn is supposed to be innocent and nerdy but she uses words like an erotic romance novelist would. That seemed to go against character for me. And I didn't get Hunter's attraction for her. Still, it was an interesting story and a pretty good read.
Posted by Margay Leah Justice at 8:43 AM