Book Blitz: Crashing Back Down by Kristen Hope Mazzola 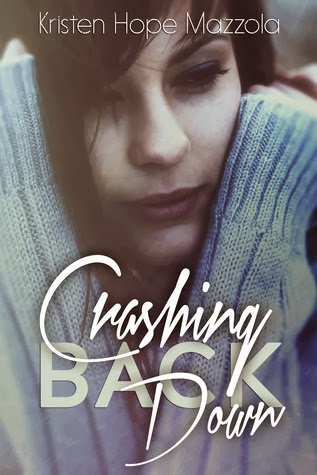 Title: Crashing Back Down

A portion of all royalties from Crashing Back Down are donated by the author to The Marcie Mazzola Foundation.
Mags McManus has just become a war widow in her mid-twenties. Her late husband, Randy, left for the Army right after their wedding. Instead of celebrating his homecoming and living in marital bliss with her soulmate, Mags finds herself living in constant agony. Dealing with the guilt of still living without Randy, are Randy's best friends and parents.
Rising from the ashes of this tragedy, Mags starts to learn how to love and trust again, finally being able to find happiness. But sometimes things really are too good to be true and again Mags learns how cruel the world can be as she crashes back down.

A deeper look in Walker Eastman

So many people have asked me questions about Walker Eastman, mainly how he came to be.  Where the tattoos, attitude and reclusiveness all stemmed from and what fueled my fire to write about him the way I did.  I simply answer that he wrote himself, that as the story developed so did Walker’s personality.  He came off as a pretty bad guy when I started writing Crashing Back Down, but slowly, a softer side to his character began to emerge.  I remember the day that I called my main beta reader and told her that I was falling in love with Walker.  The ending of the book had to rewritten and everything had to shift a little just because his character needed it to be that way.  He is a rough-around-the-edges-hopeless-romantic that fell in love with the wrong girl at first sight.  For years he watched her love someone else and knew that it was in Mags’ best interest to stand on the sidelines.  He has a past that will be revealed soon and all of those tattoos, binge drinking, and the countless nights of promiscuity will all be unrevealed.  I promise at the end of all of this that there will not be many questions about Walker, his bad boy persona, or whether or not he is a good guy. 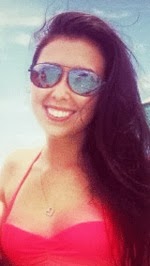 Kristen Hope Mazzola is an up and coming independent author from sunny South Florida. Crashing Back Down is her debut into the literary world. Kristen is currently working on the rest of her Crashing Series, which will include a sequel, Falling Back Together, and a prequel, Walking Away. She even has a few more tricks up her sleeve, with more characters to introduce and more twists to unravel, so keep your eye on this talented young author!

When Kristen is not driving a pen into paper, she enjoys reading all different genres and fishing. “There is just something so magical about water and the calm it brings to my life,” says Kristen. Even though writing is not her only career she is pursuing, Kristen hopes to one day be a full time writer. Having a day job and a busy life, makes finding time for writing difficult, but anything worthwhile in life is difficult. Loving life, writing, and fishing basically make up her world.

Posted by Margay Leah Justice at 9:01 AM