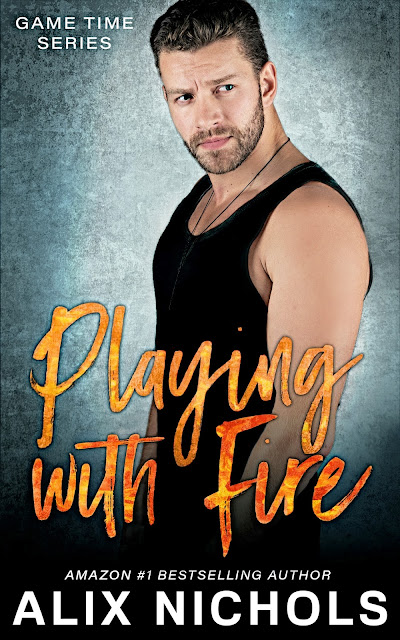 He was supposed to look after her, not kiss her senseless…

Au pair Uma is all kinds of wrong for single dad Zach. Raised in a conservative Hindu family, Uma is his son’s nanny, a twenty-three-year-old virgin, and a guileless ingenue to boot.

Zach knows all of that.

Then why can’t he rein in his lust for her?

If there is one man Uma should not be attracted to, it’s the father of the adorable five-year-old in her charge. Once burned twice shy, Zach is the captain of a pro water polo team and a wealthy entrepreneur who can have any woman he wants. No strings attached.

Small wonder he goes all out to shun Uma!

But when, with the help of a bottle of fine wine, Zach confesses all the dirty things he’d like to do to her, Uma astounds him by saying she wants that, too.

What’s a man to do but oblige?

Besides, it’s not like it’s the end of the world. They’re both sensible, level-headed adults. They’ll just have a bit of fun and then go back to normal, as if nothing happened.

As if feelings weren’t already getting in the way. 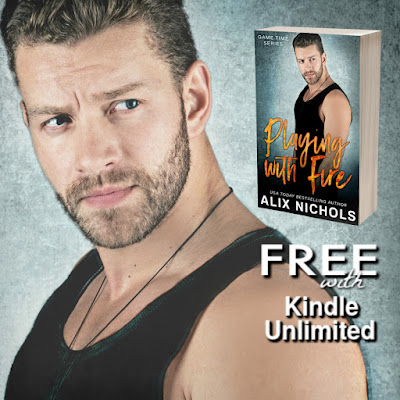 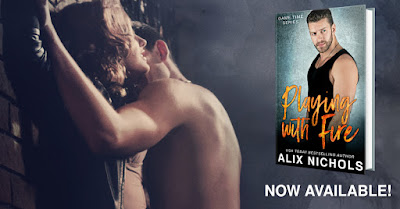 After Sam has shut his eyes, I tiptoe out of his room and downstairs to the kitchen. We keep a box of delicious artisanal chocolates in one of the cabinets above the sink, and my intention is to treat myself to one as a consolation prize for not having laid eyes on Uma since this morning.

Making as little noise as I can and without turning the light on, I open the box. A lonely champagne truffle stares at me from the bottom.

I’ll have to buy a new box tomorrow. Given how much both Uma and I love these chocolates, I’ve been buying a box every week since Uma discovered the shop on a quiet street behind the market square. We keep them hidden not to tempt Sam, and help ourselves to one or two every night after he’s gone to bed.

“My preeecious,” I whisper to the truffle in Gollum’s voice.

Uma giggles behind my back.

I didn’t hear her come in.

“So, what do we do now?” she asks, looking up at me. “Clearly, we’ve both sneaked in here with the same gluttonous intentions, but there’s only one truffle left.”

“Only by a second!” She pouts. “I really need that chocolate at this particular juncture in my life.”

She puts her hands on her hips and jerks her chin up. “That’s not very chivalrous of you, Zach.”

“Just because you’re a woman doesn’t mean you always get your way.” I arch an eyebrow. “Besides, chivalry was made redundant in the sixties.”

“OK, forget chivalry—what about fairness? I’m a featherweight next to your… King Kong weight. As a pro athlete, it would be sporting of you to withdraw from the competition.”

I guffaw at her resourcefulness. “Nice try, Uma. But not a chance.”

She huffs in frustration.

“Well,” I say. “At least, now you’ve seen my true colors and how thin my veneer of gallantry is.”

I almost give in, but sparring with her is too much fun to put an end to it by showing mercy.

“Hmm…” I tilt my head to the side and peer at the tiny cocoa-powdered confection as if I were considering her proposition. “Nah. It’s too small.”

“So, you’re really going to eat it now all by yourself?”

I nod. “Exactly. And you can console yourself with a Toblerone.”

She pulls a face. “How can you even compare industrial milk chocolate to this… fountain of flavor and well-being?”

She snatches the chocolate from the box and darts out the door into the garden. I drop the box and run after her.

She shoves the chocolate in her mouth.

“Cheater!” I narrow my eyes in what I hope is an intimidating glare. “You’re going to pay for this.”

She bolts, trying to get back into the house.

I block her way, towering over her. Uma retreats, turns around, and runs to the other end of the garden. I follow, hot on her heels. She doesn’t shriek, no doubt, so she won’t wake up Sam, whose window is open above us.

For two or three minutes, I chase Uma around the garden in silence. I’m faster, but she’s nimbler. Besides, I’ve no clue how I’m going to make her “pay” for her theft, so I’m not really putting my heart and soul into the pursuit. On our third round, Uma ducks under my arm and hightails it into the house, across the kitchen, and toward the stairs.
She’s hoping to make it to her bedroom and lock herself in.

Accelerating, I close the distance between us. She scrambles up the steps. I grab her shoulders from behind, putting an end to her delusion that she can outrun me. Giggling, she tries to break free. I wrap my arms around her to hold her. She stops thrashing. I pull her into me, tightening my hold. She stops laughing.

For a few moments, neither of us moves or makes a sound, pressed against each other, panting.

Her chest heaves underneath my forearms.

I press them lightly against her little breasts, her nipples…

My heart throbs in my ears.

A caveman’s impulse to sling her over my shoulder and carry her somewhere private where I can have my way with her surges up somewhere in my gut, both shocking and tantalizing me. To resist it, I plant my feet firmly into the step and refuse to move a single muscle in my body.

With Uma one step higher on the staircase, her nape is perniciously close to my face, making my struggle harder than it already is. Her silky black hair is gathered into her usual bun that’s gotten messy from all the running.
I stare at her delicate neck.

Want to kiss it.

Dying to kiss it.

Because… reasons… good reasons… if I could just recall them.

That’s good, but not good enough…

Very good. I relax my embrace enough for her to duck and slip away.

Only she doesn’t do it.

Instead, she leans back into me. 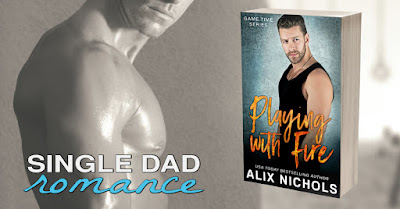 Alix Nichols is an unapologetic caffeine addict and a longtime fan of Mr. Darcy, especially in his Colin Firth incarnation. She is a Kindle Scout and Dante Rossetti Award winning author of critically acclaimed romantic comedies.

At the age of six, she released her first rom com. It featured highly creative spelling on a dozen pages stitched together and bound in velvet paper. Decades later, she still loves the romance genre. Her spelling has improved (somewhat), and her books have topped the Amazon charts around the world. She lives in France with her family and their almost-human dog.

Posted by Margay Leah Justice at 9:47 AM