UPDATED to Include Review: Blog Tour: GOING IN DEEP by Carly Phillips 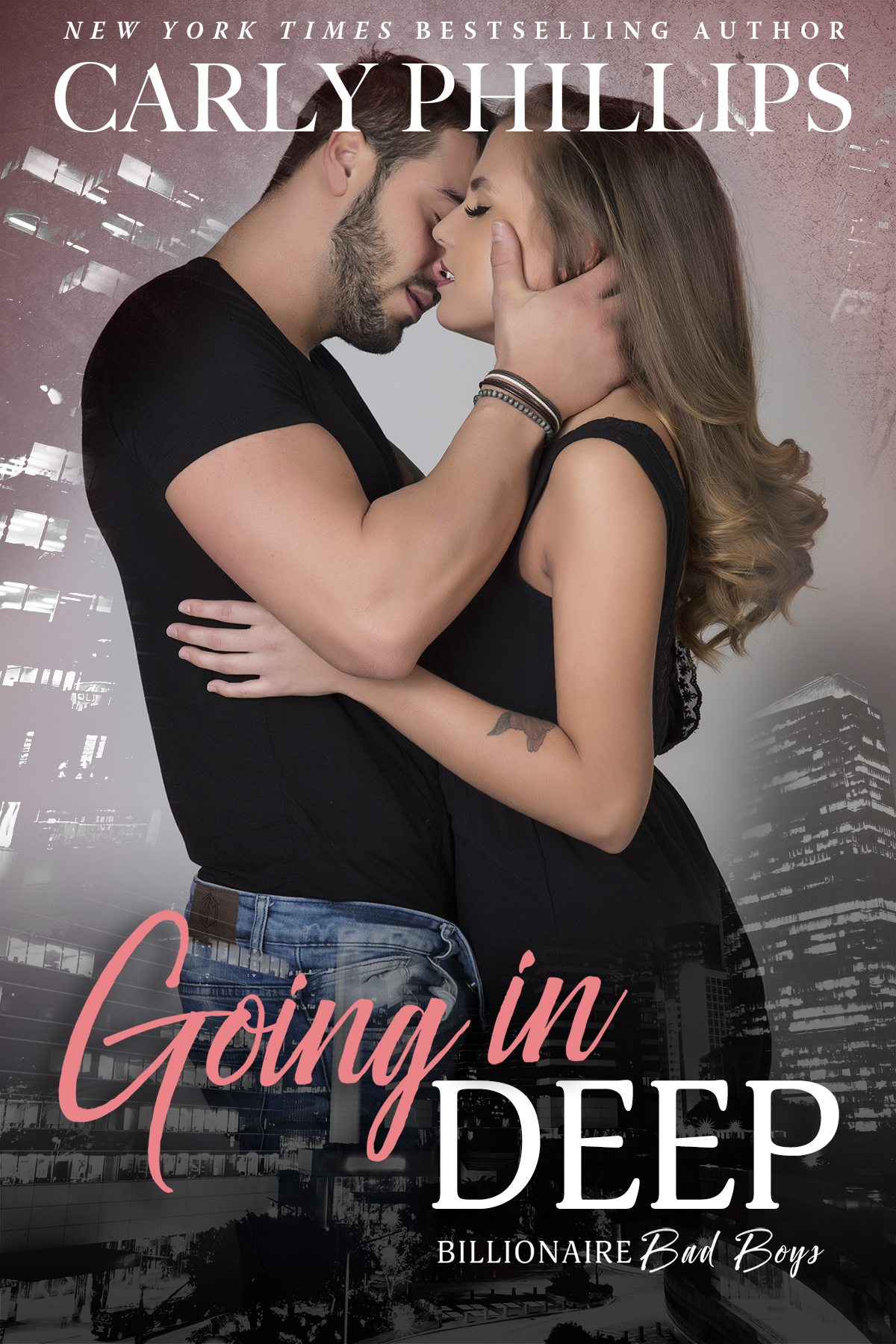 He isn't Mr. Nice Guy…
Julian Dane thought he'd hit rock bottom — until he met a woman (isn't that what they all say?). He used her and broke her heart. Now he wants to turn things around but the damage he dealt stands in his way.
Kendall Parker's unique issues have made it hard to live a normal life. Very few people understand her and she trusts even less … but she believed in Julian once, and he only betrayed her.
Now Julian is back — a new man — and determined to win Kendall's heart. But this reformed bad boy just might find that Going in Deep is harder than it looks.
All Billionaire Bad Boys Novels stand alone!

New leash and collar in hand, Julian walked into For Paws to pick up his new dog. He was excited to have a pet, happy to know he’d have company, and dammit, looking forward to seeing Kendall again.
When he arrived, she was nowhere to be found. Josie, the other woman he’d met, walked him through the signing of the paperwork, reiterated his responsibilities, and congratulated him on his new family member.
“Are you ready to go get him?” she asked, oblivious to Julian’s disappointment in missing out on his chance to see Kendall again.
“Sure thing. Let’s go get Steve.” He followed her through the back door and into the area where the dogs were kept.
He glanced down the row to Steve’s pen, where to his surprise, Kendall sat with his dog on her lap, petting his head and talking to him in a soft voice.
Julian let out a breath he hadn’t been aware of holding, relief and pleasure suffusing him in equal measure. He wouldn’t have to leave without talking to Kendall.
“You’re going to a good home,” Kendall said softly, unaware they were behind her. “You’ll be well fed and loved. And even if I won’t see you anymore, I’ll always remember you.”
“It’s hard for us not to get attached,” Josie explained quietly. “Kendall has a soft spot for Steve because he’s been here for such a long time.” Josie treated him to a warm smile. “I’ll leave you now. Kendall can get you settled from here.”
Josie stepped away, heading back to the front office. Julian stood in silence, watching Kendall. Her head was bent low, her long ponytail falling over one shoulder, her neck exposed. The desire to glide his lips over the exposed skin was strong. The urge to mark her there, even stronger.
Something about Kendall affected him deeply.
As he walked quietly closer to the pen, once again he was struck by the quiet strength in her now, the even keel to her mood compared to before. He’d known she was smart, but this woman clearly had depths he hadn’t seen or plummed. And he realized how much he wanted to know her again. To learn who she was now and to introduce her to the man he’d become. The one he wanted to be, in part, for her.
At the realization, he blew out a sharp breath.
As if sensing him, she looked up. She stood, the gray dog still in her arms.
He smiled. “Mind if I ask you something?”
“Go on,” she said warily.
He took in the protective way she cuddled Steve against her chest. Steve wasn’t tiny, and it couldn’t have been easy to hold him for long.
“Why didn’t you take him? You’re obviously bonded,” he said, as the dog licked her neck. The lucky bastard.
She sighed. “My building has a one dog only rule. And you’ve met Waffles. Besides, we can’t save them all ourselves, as Josie likes to remind me.”
He inclined his head. “Then your loss is my gain.”


She shifted the dog and held him out for Julian. He accepted his new pet, juggling him with the leash, and held him up, meeting his gaze. “Looks like it’s you and me, Bud. You ready for your new life?”
My Thoughts:
After reading Kade and Lexie's story, I didn't like the characters of Julian and Kendall very much and I didn't think they were redeemable. I was wrong. This author is so gifted with words, she took two people who weren't exactly admirable in one book and made them so in their own. I loved this! It was so cool to see them as humans and not just the "villains" of the previous book. And what a journey they went on together! I truly enjoyed watching them turn things around for themselves and building a trust in and a life with each other. Kudos, Carly Phillips, kudos.

Carly Phillips is the N.Y. Times and USA Today Bestselling Author of over 50 sexy contemporary romance novels, including the Indie published, Dare to Love Series. She is happily married to her college sweetheart, the mother of two nearly adult daughters and three crazy dogs. Carly loves social media and is always around to interact with her readers. 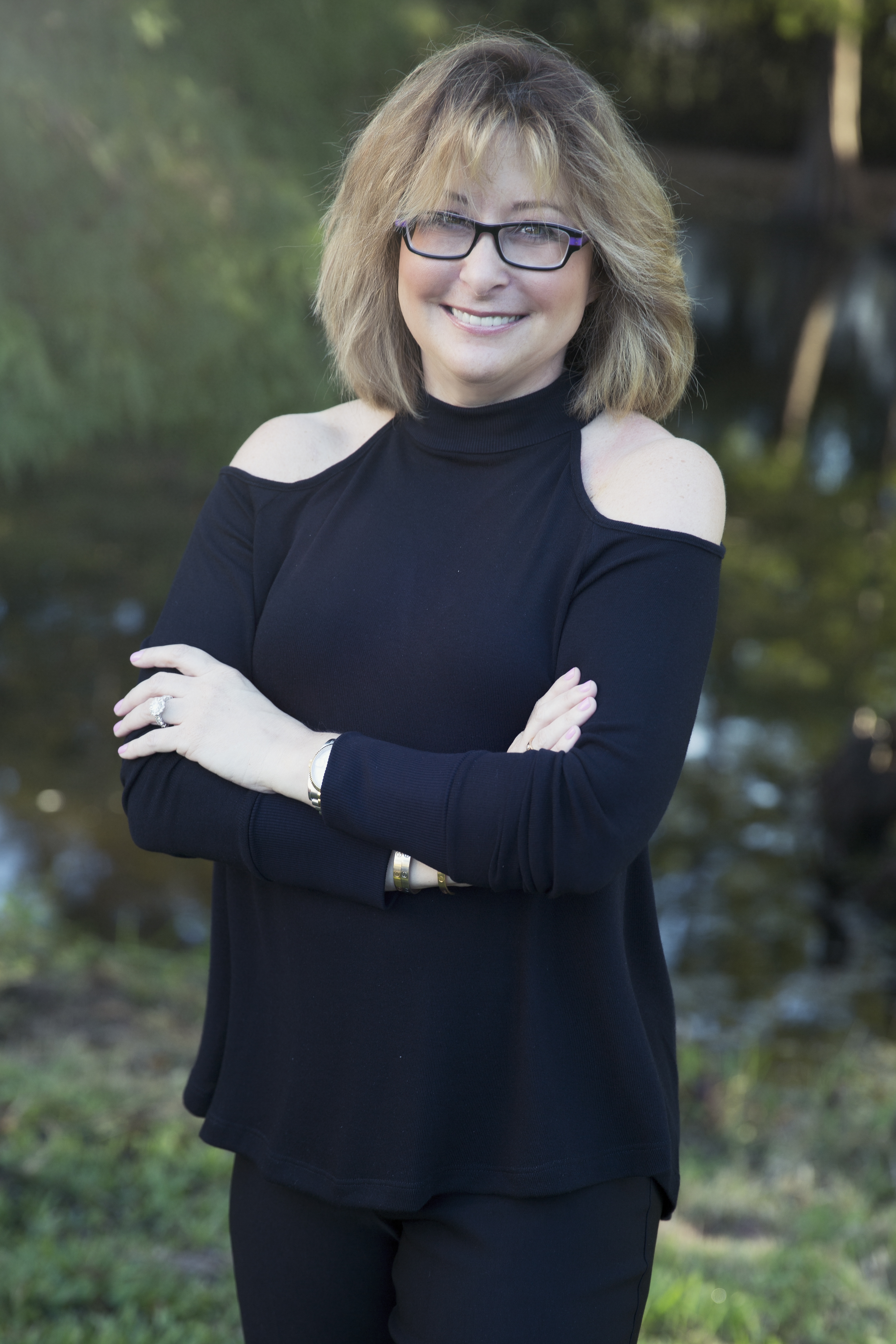