Sale Blitz and Giveaway: The Honeymoon Prize by Melissa McClone 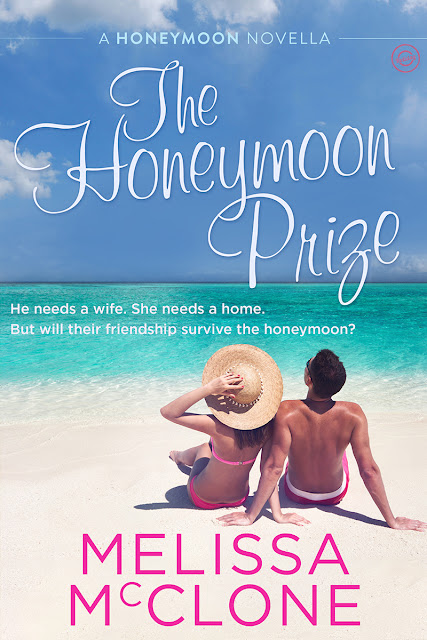 He needs a wife…

Single bodyguard Nick Calhoun has been given an ultimatum by his boss—find a wife or lose his cushy, high-paying job. Clients’ wives are hitting on him and putting Nick, and his boss, in hot water. But monogamy? He’s never been a white picket fence kind of guy, and he’s not about to embrace the happily married lifestyle now. He needs a wife who doesn’t care about his steamy, extra-curricular love life…and he knows just the woman to fit the bill.

She needs a home…

Adalaide Sinclair spent years caring for her ill grandmother. Upon Grammy’s death, she’s stunned to find herself evicted from the only home she’s ever known and labeled a thief by her inheritance-hungry family. Addie needs to find a place to live and a job—fast. So when her childhood friend, Nick, proposes a no-sex marriage of convenience, she puts her dreams of true love and happily-ever-after on hold. Finding Prince Charming can wait a little longer, right?

But will their friendship survive the honeymoon?

When Nick and Addie unexpectedly win a dream honeymoon, they decide to go their separate ways during the ten-day vacation. Too bad a camera crew is waiting for them at the tropical paradise. Acting like a head-over-heels bride and groom for reality TV wreaks havoc on their no-sex agreement…and blurs the line between fantasy and reality. Will Nick and Addie remain married in name only, or will a romantic honeymoon for show turn them into true newlyweds? 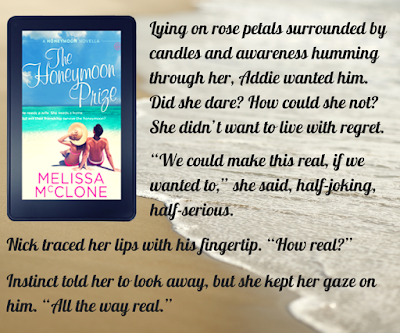 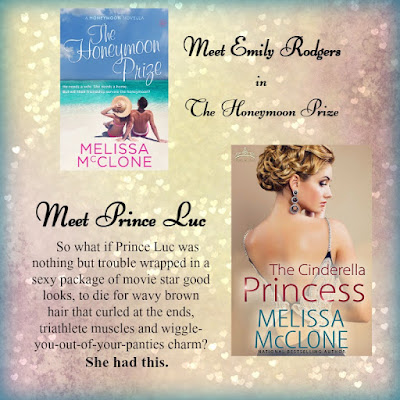 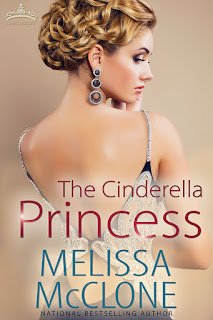 Melissa McClone has published over thirty novels with Harlequin and Tule Publishing Group. She has also been nominated for Romance Writers of America’s RITA® award. She lives in the Pacific Northwest with her husband, three school-aged children, two spoiled Norwegian Elkhounds and cats who think they rule the house. 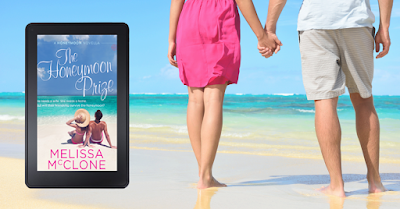 Email ThisBlogThis!Share to TwitterShare to FacebookShare to Pinterest
Labels: GIVE ME BOOKS, giveaway, Melissa McClone, Sale Blitz, The Honeymoon Prize