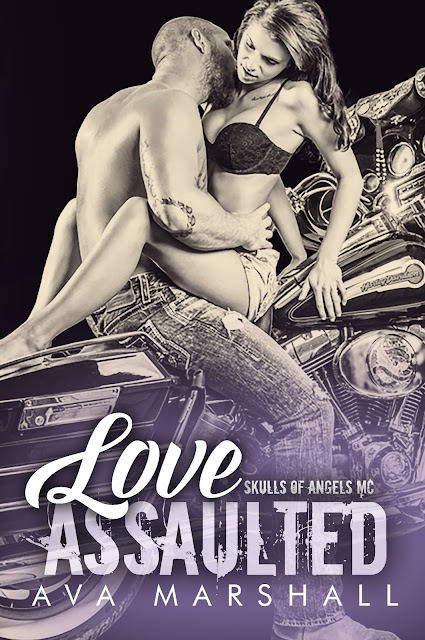 Beckett Thompson enjoys the simple things in life: an ice-cold beer, a club whore warming his bed, and his bike on the open road. He doesn’t do relationships, and he sure as hell doesn’t do love.

Allison Jennings had life figured out until fate took away the only family who mattered. When a dirty talking, bossy ass biker who makes her panties wet, turns up on her doorstep what is she supposed to do? Should she get on the back of his bike so he can take her to his clubhouse and to his President, who just so happens to be the shitty father she’s never met? What does she have to lose?

Will opposites attract? Or will the harsh lifestyle be too much for this club princess to handle?

One thing is for sure, it will be one hell of a ride. 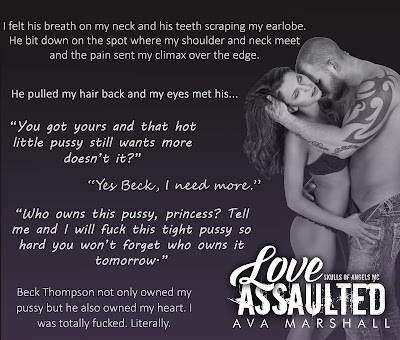 While I’m pushing the vacuum I think I hear the rumble of what I believe is motorcycles. I shut off the vacuum, wind up the cord and put it in the closet. Walking towards the laundry room I hear the doorbell ring.

“Jesus”, I mutter to myself while walking to the door. If it’s another friend of my mom’s or neighbor I think I’m going to go insane. Loneliness is a fickle thing. You are either physically lonely and you need someone to be present with you at all times or you just emotionally lonely and to be honest I think I’m both. I feel like I need someone here but not to talk. Just to sit and make the house feel like someone other than myself is living here.

I open the door and two huge men are standing on my door step. One has his back turned to me looking towards the street and one is lighting up a cigarette. They are wearing some sort of black leather vests with patches on them that I can’t quite read. The man lighting his cigarette is an older man with a long beard and gray throughout his long shaggy hair. His vest has a patch on it that says “Dickey” and below that one that says “Sgt. at Arms.”

After finally just looking at me for a few seconds Dickey says “Hi darlin’”. Right when he finishes his statement the other man turns around.

This man is the most gorgeous biker I have ever seen in my life. I haven’t seen a lot of bikers in my life, but this guy is nothing short of perfection. He is a lot taller than Dickey; I’m guessing that is his name. hottie biker is got to be well over six feet and has real short dirty blonde. He has a beard that looks so soft. I just want to run my hands through it. I wonder what it would feel like between my legs. What? Shut up Ally.

After staring at his beard and his full lips my eyes move up to his and the most beautiful green eyes stare back at me. Not that dark hazel green but that super light green that could almost pass as blue. He is wearing a dark black t-shirt and a vest that has “Beck” and “Vice President” on it. I see a few tattoos poking out of his t-shirt. One says “Carpe Diem” and another one that looks like some sort of tribal design. He has one hand in his pocket and other hand has something tattooed on his fingers that I can’t quite make out. He has dark jeans on with a chain that I assume is connecting to his wallet and heavy black boots on his feet.

After staring at the beautiful biker I turn to face Dickey, which I am assuming his name, or nickname and say “Umm... hi”.

“Just answer the question. Are you Allison?” he says throwing his cigarette down and snuffing it out with his boot.

“Yeah, I am. I just go by Ally though. My dead mother called me Allison and Jakqueline is the name I got from my asshole, non-existent father”, I said glaring at the man. I’m not sure why I even went into that with these guys but I always ramble in weird situations, especially when the hottie on my porch keeps staring at me.

I hate to hear my full name.

Not even my Mom would call me that when I was in trouble because just hearing the name Jacqueline made my skin crawl. It was a reminder I didn’t need that my father left me and my mother and didn’t give a shit about us anymore.

Beck threw his cigarette down on the ground and proceeded to walk towards me. Before he walked straight through me I moved out of the way.

“Hey, what the hell are you doing? Get out of my house”, I said.

Dickey proceeded to walk behind him and stand in the middle of the room. I stood inside the foyer just looking at them with the door open waiting for them to walk right back out. After standing there for a few moments I noticed that wasn’t going to happen so I shut the door and leaned up against it.

“Who are you and what do you want? I’m really busy and I’m a little freaked that two men that I don’t know just walked up into my mothe…my house. “

“My name is Dickey and this here is Beck. Go pack up some shit darlin’ and let’s head on out” he said.

“Excuse me? Let’s go back to what I just said… I have no idea who you guys are so why in the hell would I go anywhere with you?”

“Look we don’t have time for all this shit. Once we get to Missouri we can tell you everythin’ but until then we don’t got nothin’.”

Is this guy for real? I look back in forth between him and Beck. He has not even spoken a word to me yet. Maybe he’s mute. Maybe he is the strong silent type. I mean judging by the way his t-shirt is straining across his arms and chest he is definitely the strong type.

“Okay look just tell me something. Let’s start with the basics. What exactly do you want from me and what is in Missouri?” I said sitting down on the arm of recliner.

Beck comes walking up to me bends down in front of me and says “Prez sent us to collect you and bring you back to Missouri. We got some shit goin’ down and we ain’t got time for fuckin’ round. You ain’t safe here right now and we’re here to make sure you get somewhere where you are safe. You feel me?”

Well I definitely wanted to feel him… wait where did that come from? It’s hard to keep up listening to what the beautiful biker says. I take a second and let all he said try and sink in. He keeps staring at me those eyes that show so many different emotions in them. Anger maybe? Definitely anger, and possibly… lust? Nope, I’m just dreaming that.

“Okay so who exactly is Prez?”

A long silent period of staring ensued and finally with a long sigh he said “you know that non-existent father you said somethin’ bout earlier? Well that would be him; Jake Sparks. Now run along and get a few things that will fit on the back of my bike and let’s roll out.”

Okay maybe I didn’t hear him correctly. Did he just say my father?

*UNEDITED AND SUBJECT TO CHANGE* 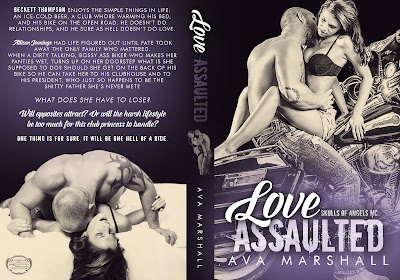 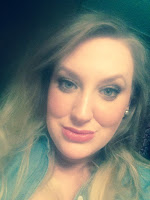 Ava Marshall is a full time author, wife, and mother to two kick ass kids. After being “laid off” from her job of almost 10 years she decided to say “f*ck you assholes” and started doing something that was much more fulfilling than taking shit from her douchebag bosses. Her husband bought her a laptop and told her to follow her dreams, and that is what she did. She began writing about hot, sexy, alpha bad boys that make women, and even some men swoon. Her debut novel, Love Assaulted, and its characters will always hold a special place in her heart. 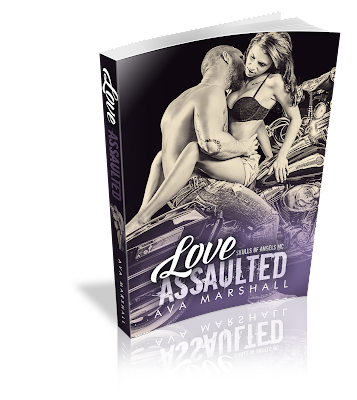 a Rafflecopter giveaway
Posted by Margay Leah Justice at 10:06 AM