Book Spotlight and Giveaway: CONSTRUCTING US by C.J. Lake 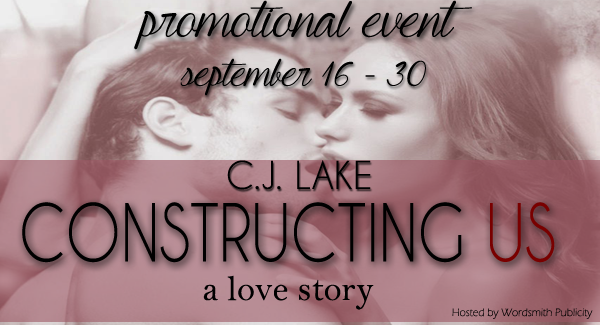 Today we're featuring Constructing Us by C.J. Lake! Get a peak and don't forget to enter the giveaway below! 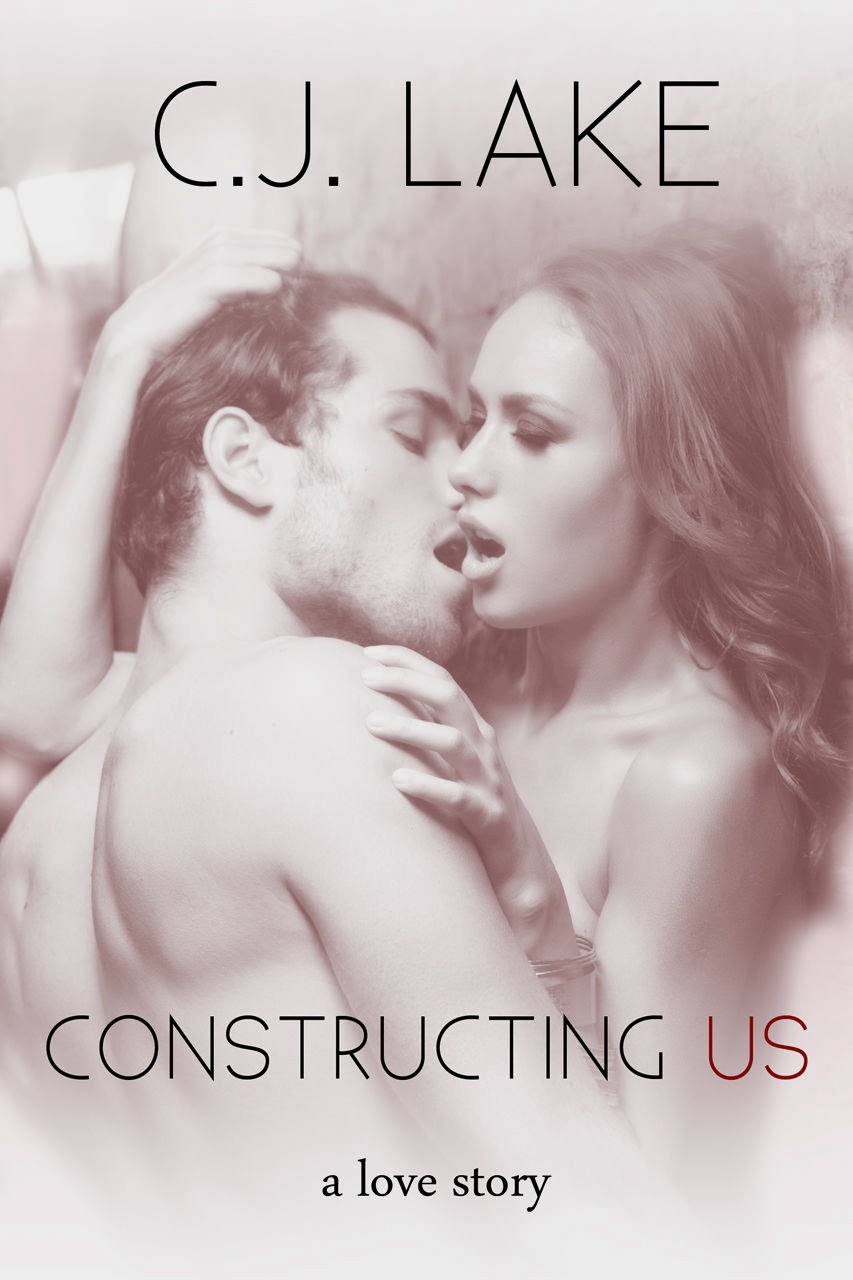 When Andy takes over the lease on her friend Ethan's apartment, he warns her about his roommate, Tragan. According to Ethan, Tragan Barrett is self-centered and inconsiderate, caring more about hanging out with his friends and hitting the local casino than straightening the living room or keeping up with his laundry. Andy isn't too concerned, though, because she isn't moving in to make a friend.

Intended as a short-term living arrangement, the apartment is close to the hospital where Andy is participating in a drug study for a rare disorder she was diagnosed with when she was twenty. Now, fresh out of college, she is trying to figure out her life--and also how to live with the uncertainty of her condition. Figuring she'll go one way and he'll go another, Andy is surprised to learn that Tragan is not exactly the way Ethan painted him. In fact, there's a whole other side to the darkly sexy construction worker...especially when it comes to Andy.

Can an unlikely friendship turn into something much more?

Tragan was partly inspired by a few of my guy friends.  He’s masculine, laid-back, and not one to over-analyze his emotions--but he’s loyal and his feelings are absolutely sincere.  His biggest vice might be his love of blackjack -- but fortunately, his casino skills are honed and he usually wins.  Looks wise, he has dark hair that is short but messy, a tattoo on his right arm, and a strong build that comes from his work in construction.  Whether or not he’s clean-shaven depends on the day.

ANDY DELPHIN:
I’ve always been drawn to female characters that have a dry sense of humor, but are also vulnerable and sweet.  I think of Andy as having a true natural beauty, inside and out.  People have asked me how much of Andy is like me.  Well, I’m sort of a book junkie like her, and although I don’t cook like she does, I love trying all different cuisines.  Also, I used to live in Boston and still love it there!

FACTS ABOUT Constructing Us:

*There’s more to Andy’s boyfriend, Dr. Brad, than meets the eye.
*Tray has to enlist his friends to help with a surprise for Andy that she never sees coming.
*When Tragan kisses Andy for the first time, they’re surrounded by a sea of chocolate cupcakes.
*My love of coffee inevitably spills into my stories.
*I handwrote much of this book at the beach.

My #1 signature song for Tragan & Andy was “Burn” by Ellie Goulding.  I always thought of them when I heard that song and listened to it a lot while I was working on the book.  There were several other songs that also made me think of their love/passion, especially “Ho Hey” by The Lumineers, “Anywhere But Here” by SafetySuit, “Animal” by Neon Trees, and “Paralyzer” by Finger Eleven.

C.J. Lake is a storyteller who is passionate about art, surfing, and skiing/snowboarding. Residing near the coast of Massachusetts, C.J. is working on a new book that will feature Tragan Barrett's friend, Matt Winter. Readers can get in touch via email (writercjlake@gmail.com), or follow C.J. on Twitter @brightbluesurf.
Posted by Margay Leah Justice at 7:35 AM