Book Blitz and Giveaway: The Reason I Stay by Patty Maximini 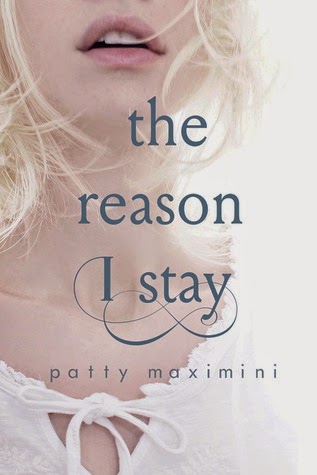 Jack Daniels is the cure to all evils.
Sex should be casual and, preferably, anonymous.

Giving a damn is for nurses, philanthropists and suicide hotlines.

My name is Mathew Rogers and those are the values I built my adult life around. They are also the reason I had to forsake everything I loved in Seattle and embark on a solitary road trip across the country, with no direction other than searching for thenext small town, the next girl, and the closest liquor store.

Boredom, frustration and a series of unfortunate decisions led me to the rickety-ass town of Jolene, Alabama—a town I wanted to leave behind from the moment I passed the welcome sign. But it was there where I met her. The girl who made me question everything I’ve always believed in, and the only one who has ever had the power to break my heart.

Her name is Lexie.

She’s beautiful, and I’m pretty sure she hates me.

And for once in my life, I give enough of a damn that I keep finding a reason to stay. 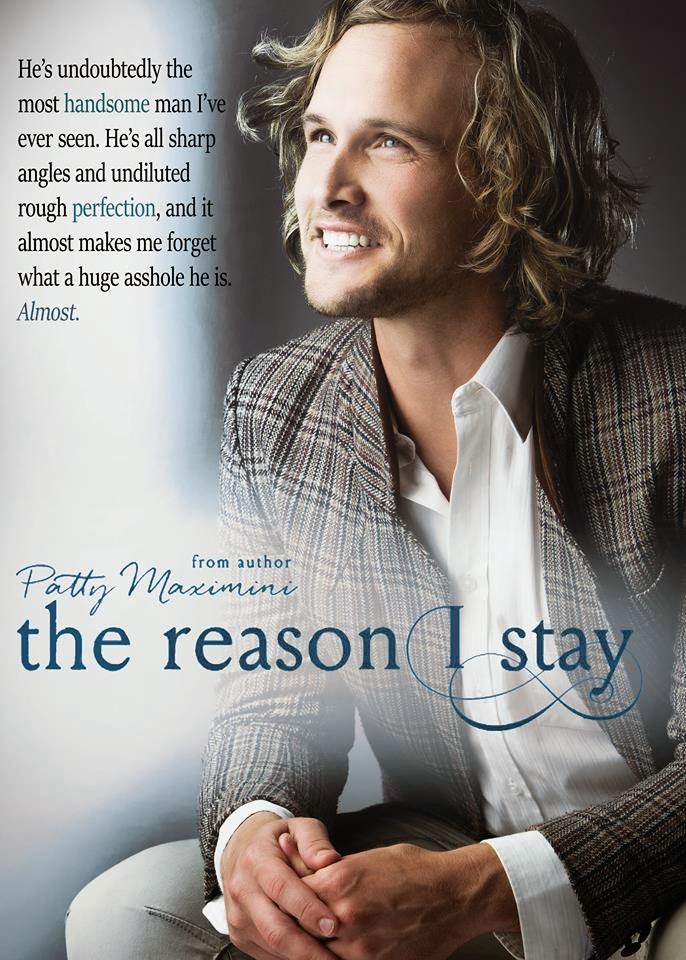 #1:
“Hey there,” a chipper voice with a very noticeable drawl sounds to my right.
Lifting my head to acknowledge the source of the voice, through my peripheral vision I see a narrow waist covered in navy fabric and a hand with purple nail polish and a girly skull ring, but I don’t bother to look at her further. I just can’t. I know she’ll be some nice southern-hospitality enthusiast trying to start a conversation, and welcome me to this town. Being one hundred percent sure that I’ll lose it if I’m subjected to that I bend my elbows, anchor them on the table and burry my head in my palms.
“Welcome to The Jukebox. I’m Lexie.”
I roll my eyes at her stupid name. Of course you’re a Lexie.
“Excuse me, do you have a problem with Lexies?” she asks, the previous friendliness in her voice completely gone.
Unlike most people, I don’t flinch, frown or apologize when I’m called out on my rudeness. I’m me and I don’t give a fuck. Without removing my head from my hands, I reply the only thing I can think of. “No, I don’t.”
“Good, ‘cause you’re stuck with me . . . Lexie . . . your waitress . . . up here.” Her cheery tone is back, obviously trying to be cute with me.
Usually I’d take her cue and have some flirty fun, and if she ranks seven or up, I’d put some mild effort, leave her a big fat tip and take her home for the night. But as previously stated, I DON’T WANT TO BE HERE. Besides, considering how hard she’s trying to be nice, I bet she’s no more than a five in the looks department. With that in mind, I give her a sarcastic thumbs-up and return my hand to its place, holding my aching head up.
She chuckles. “Come on. You’re really not gonna even look at me?”
And now she’s pushed me too far.
I puff a lung full of air. “No, I’m not.” With my eyes fixed on the tabletop, I continue. “Listen, sweetheart, I’m betting you were prom queen of this shithole, and for that reason you’re sure that if I just look at you, we’ll fall in love, get married, and you’ll get to quit your shitty-ass waiting job and actually be someone in life. But I’m not interested. I’ve had about five of you this week alone, and I’m just sick of it. So why don’t you quit with the chit-chat and do your fucking job, which is not that hard, by the way.”
She takes in a sharp intake of breath and lets it out in a loaded sigh. “Wow. Okaaay then. I’m so happy we got that settled. Are you ready to hear the specials, order or leave?” 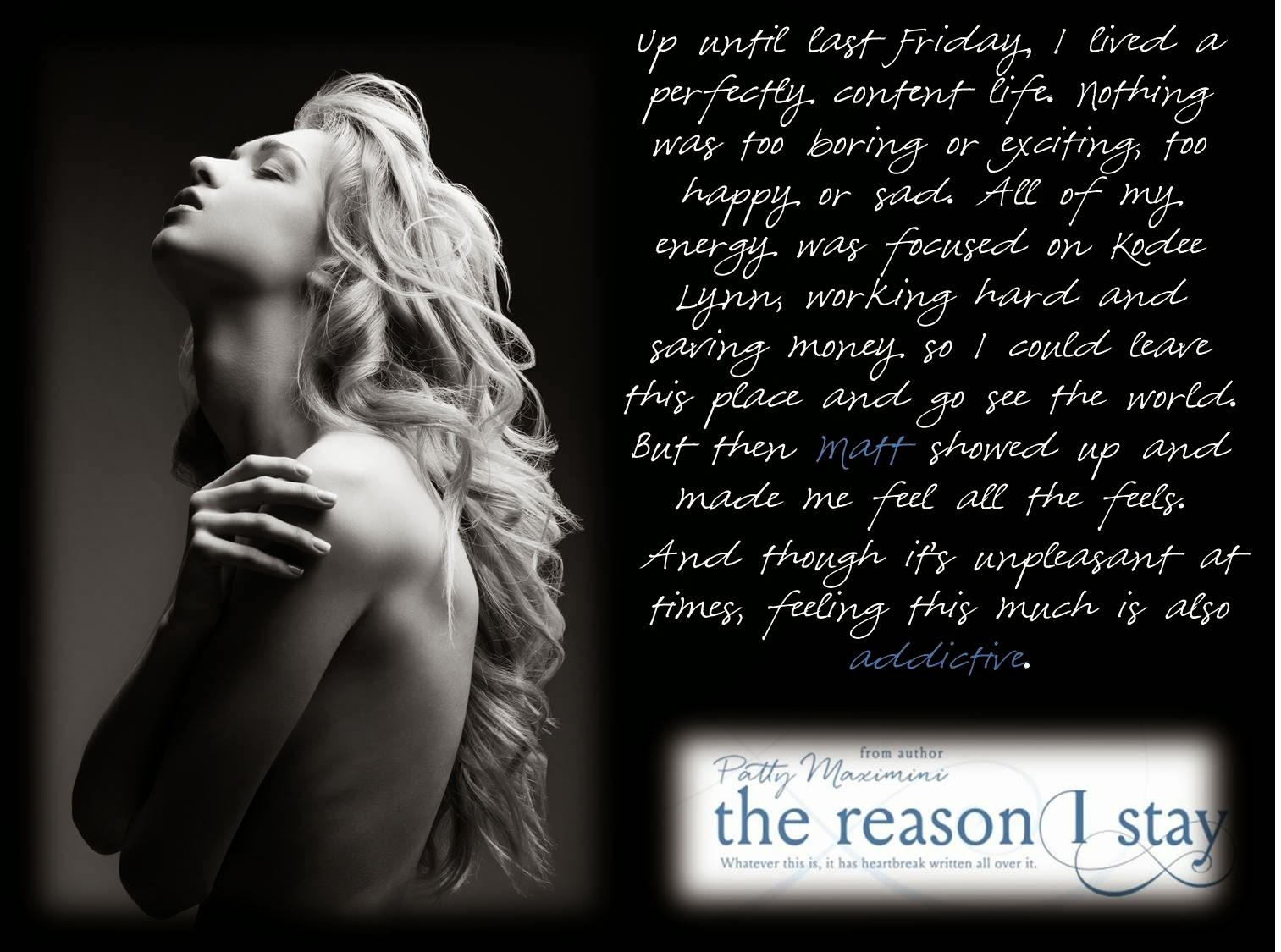 # 2:
Tanie laughs, and raises a brow. “He’s hot.”
“That he is,” I reply.
Jill yells, “Water break,” behind us.
The two girls abandon the ball and run breathless toward us, Matthew trailing behind.
“You, too, Matthew.” She waves him over and, to my absolutely horror, adds, “These gals thought you might be hot. Actually, they both said you were, and by the looks of the sweat in your hair, I think a little water break’ll be good for you.”
“Is that right?” He quirks his lips as he strides casually toward Jill.
His gaze travels from Jill to me to Tanie, and then back to me, where it lingers. I’m at the same time humiliated and dying to roll on my back and laugh until my stomach hurts, but all I can do is stare at him. His eyes are wide and filled with mirth. He stops right in front of me.
“You all think right. I’m really hot.” 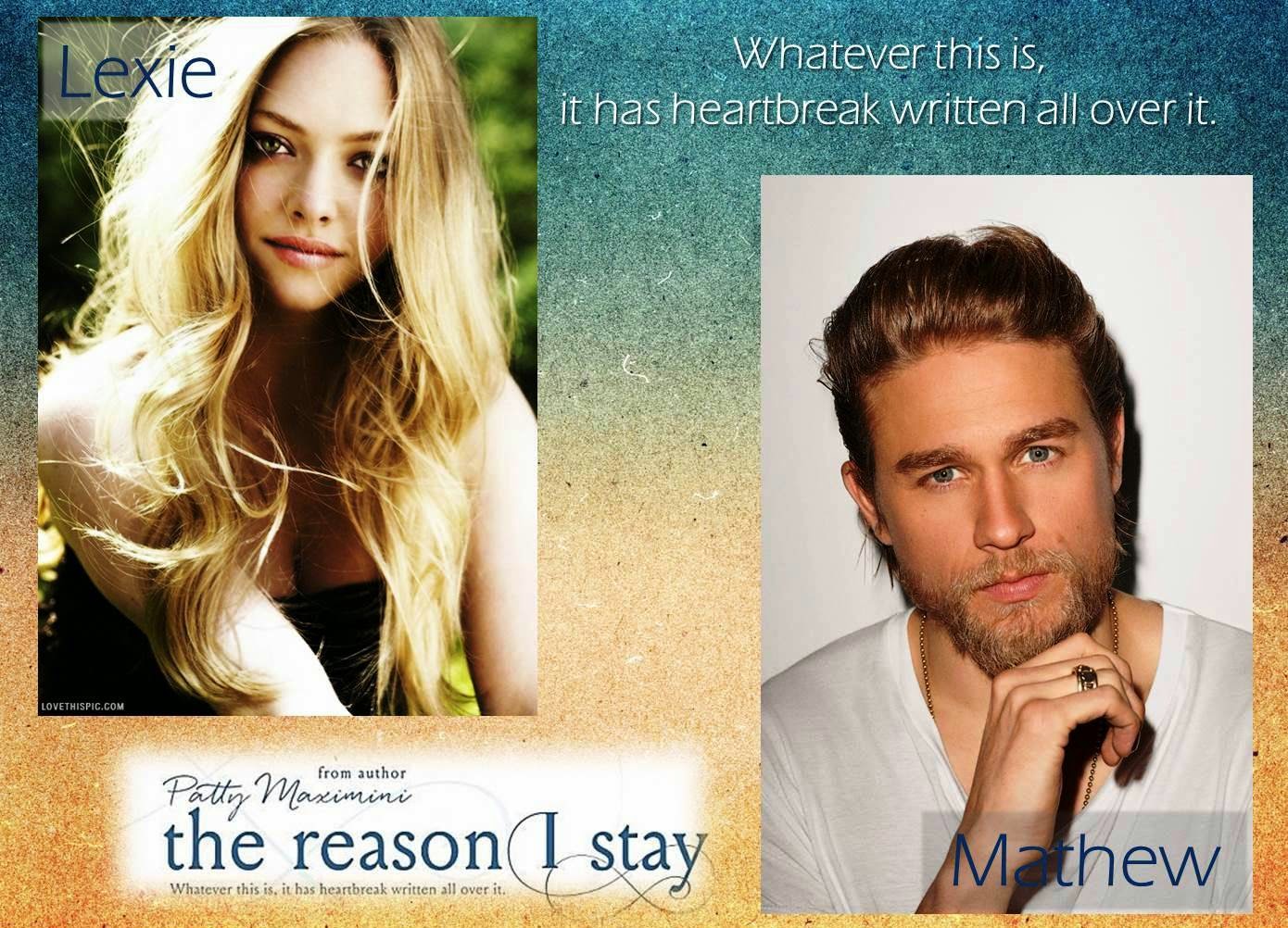 Matt is a rich, big city, unapologetic asshole who prides himself on not caring about things or people. He spends without planning, drinks without thinking and seduces without feeling. To him, the world is a big Mathew party, and he loves it.
Lexie, on the other hand, is a sweet, small town girl who cares a lot about everyone around her. Yes, she has a strong personality and as a general rule takes no bullshit, but she’s also attentive to strangers and willing to put her own life on hold for the sake of those she loves.
In a nutshell, Lexie and Mathew seem like complete opposites, but once they open up to each other, they find that they’re actually more alike than either of them could ever imagine. 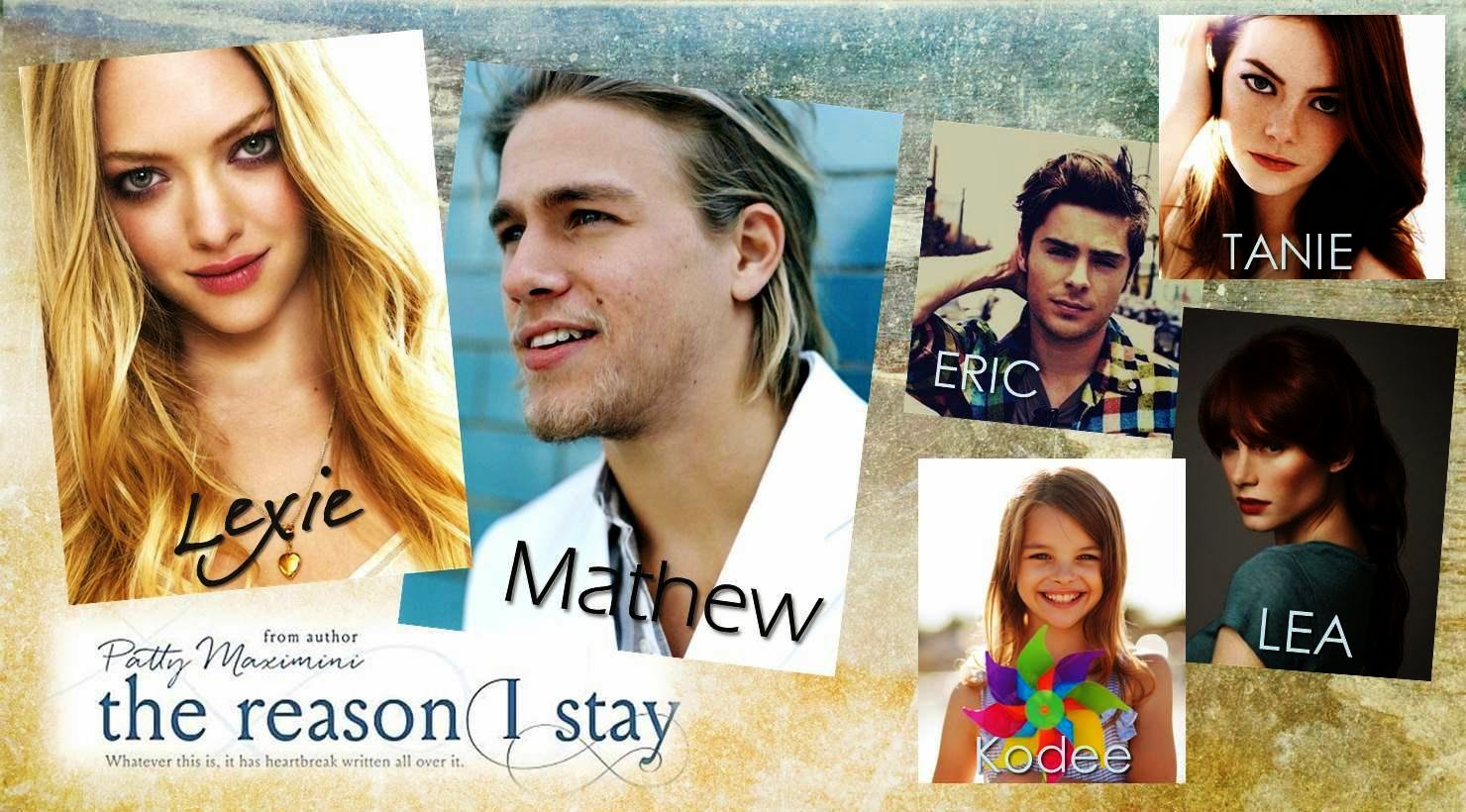 Working with Sarah Hansen (Okay Creations) on the cover of THE REASON I STAY was a really fun and easy process.
Because I had just started writing the book I had little to no expectations about what the cover would look like. I didn’t have a scene I wanted to portrait, or anything specific I wanted to add. All I knew at the time was that I wanted it to be pretty. So, I sent Sarah an email with a brief description of the story and my main characters and asked her to work her magic.
For about a week she sent me some pictures to consider, and though there were some pretty awesome images in the bunch, neither of us was “feeling it”. Then, on a Tuesday morning I woke up to an email from Sarah with a picture she was obsessed with. When I looked at it, I was obsessed with it too.
That girl was Lexie and the image was understated, romantic, sexy, emotional and a perfect representation of the book. From then on we agreed to keep the rest of the design clean and simple like the image and within a few days, I had the cover of my dreams. Thanks, Sarah! <3 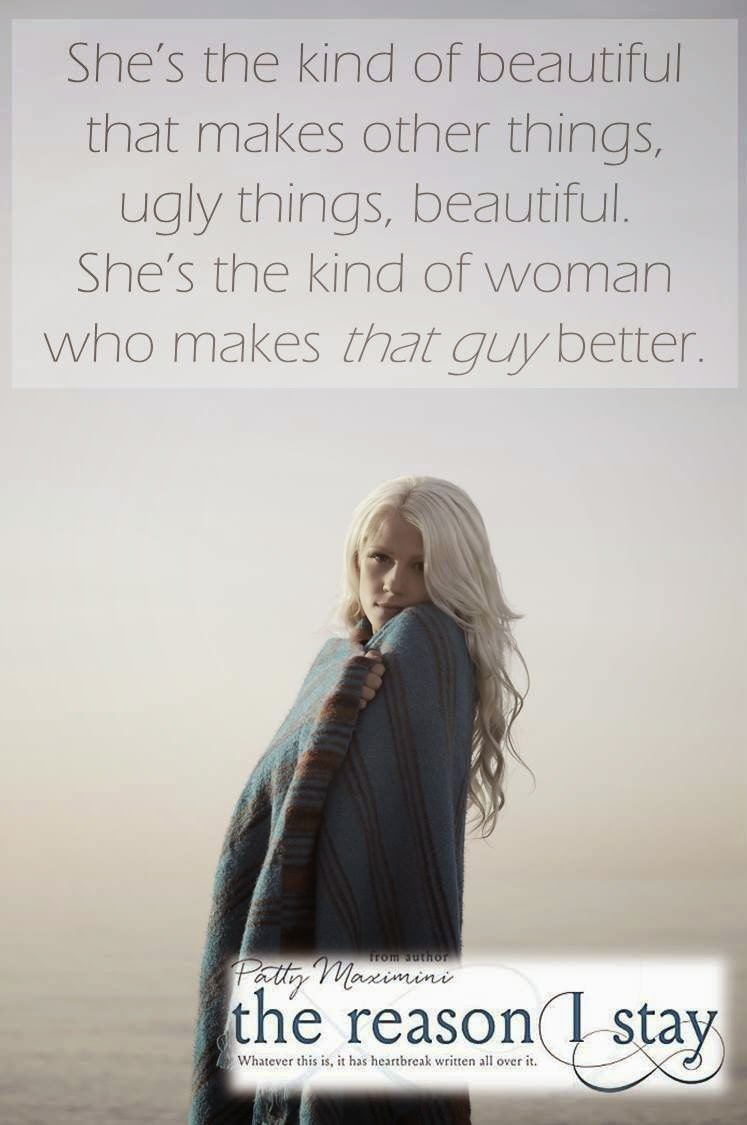 10 Random things about THE REASON I STAY

1-      THE REASON I STAY was originally entitled Madeleine, which was also Lexie’s original name.
2-      In my first outline the story was set in LA and Matt worked as a special effects makeup artist for the film industry.
3-      Creating the fictional town of Jolene, Alabama, was suggestion from my husband.
4-      Whenever I describe the color of Lexie’s nail polish in the book, I’m actually describing the color I had on that week.
5-      Lexie was originally a strawberry blonde, but then I saw the photo that would become the cover of the book and I knew she was a golden blonde.
6-      It took me a solid month to write chapter six. When I finally finished it, I cried and danced like a crazy person, which scared my cat so badly she spent the afternoon behind the fridge.
7-      Lexie’s car is named Quick in honor of my bunny, Quicksilver. He had two strokes in February and spent about two months recovering on my lap while I wrote. He’s doing amazing now, by the way.
8-      All of my beta readers received little cameos. They were very happy about them.
9-      Like Matt, I’ve never had chocolate chip pancakes. Like Lexie, I find the concept fantastic.


10-   Cash, Lexie’s dog was created in honor of one of my husband’s childhood dogs who suffered a lot in the hands of mean people, but was thoroughly loved by his human best friend. 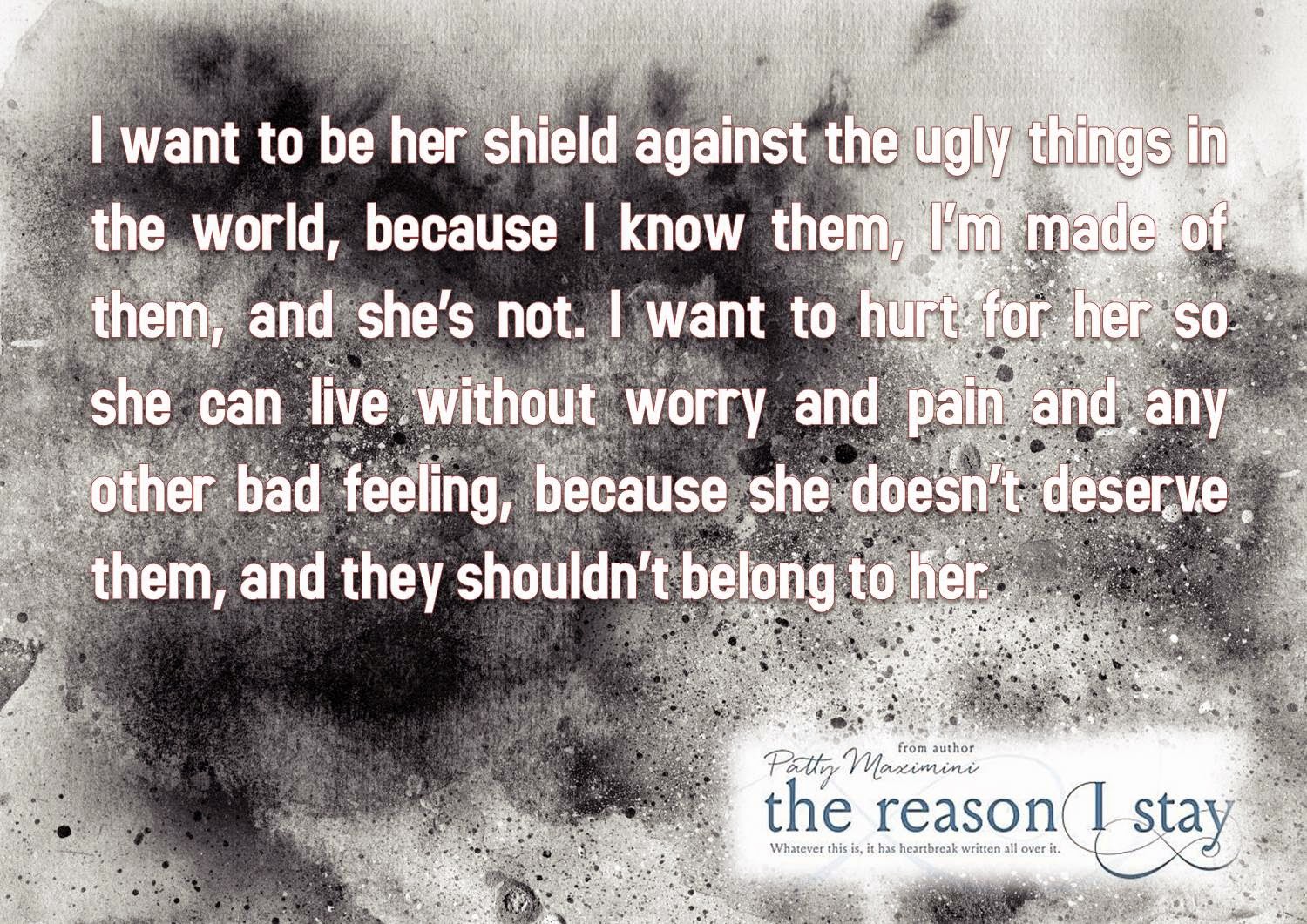 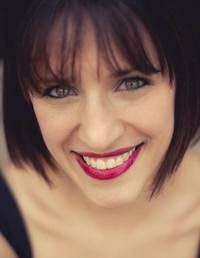 a Rafflecopter giveaway
Posted by Margay Leah Justice at 9:30 AM