Review: All Fired Up: Black Halo Book 2 by Madelynne Ellis 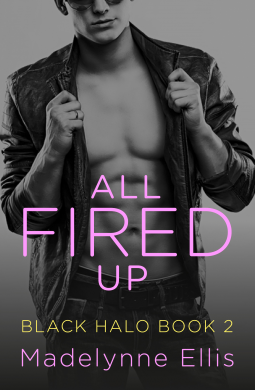 All Fired Up is the follow-up to New York Times & USA TodayBestselling Author Madelynne Ellis’ scorching rock star romance novel, All Night Long.
Ginny Walters always knew her weakness for bad boys would get her into trouble. Her one night stand with Black Halo’s lead guitarist, Ash Gore, was only supposed to be a fun, not the prelude to the sort of relationship that’d scorch holes in her heart as well as her bed sheets. She’d be the happiest woman in the world if Ash wasn’t so determined to keep their connection off radar.Ash Gore knows girlfriends are bad news for bands, which is why he’s resolved to keep his attachment to Ginny a secret. He and the guys have enough on their stages as they try to piece themselves back together after the band’s split. But when new drummer, Iain Willows, starts taking an active interest in Ginny, tensions quickly mount. Soon, Ash is not only at risk of losing Ginny, but everything he holds dearest—including life itself.
(From NetGalley)

Where do I begin? I'm really liking this series. All of the characters are fun, interesting, and tend to get into a lot of trouble and what more do you want from a book? Let's start with Ash Gore. He is one sexy rocker who's been through a lot and is just doing whatever he can to hold his band together because that's all he knows - well, that and his bandmates are some of his closest friends. He starts by hiring his friend from a previous band to replace Black Halo's deceased drummer, little knowing the friction this would cause along the way.  The number one problem is that no one likes the new drummer, Iain, and he has a huge ego and does little to nothing to actually fit in with the rest of the band. Add to this that someone is sabotaging the tour and the tensions really begin to mount. So the last thing Ash needs now is problems of the romantic sort. But that's just what he gets with Ginny, who started out as a one night stand but became so much more by the time the night was through. They've decided to try for more, but this is a tricky thing while the band is on tour, complicated by Ash's determination to keep their relationship a secret. He sees what his friend and bandmate, Xane, is going through with his girlfriend, Dani, and how cruel the press can be and he doesn't want that for himself and Ginny. Besides, he's been burned by love before, so he's also doing this to protect himself. Just wanting to be with him whenever, wherever, and however she can, Ginny agrees to his terms, but that doesn't prevent her from pushing their limits whenever possible. She makes no secret of the fact that she wants something more like her friend Dani is getting with Xane - which includes the chance to travel on the tour bus with her lover - and it's not long before the hotel rendezvous and secret trysts start to take their toll on her. Add to that the fact that Ash's friend Iain has also taken an interest in Ginny and you have one big mess ready to happen. All in all, a truly engaging, fun story that I just couldn't put down until I read the last word. Can't wait for the next adventure from this hard rocking band!

Posted by Margay Leah Justice at 11:17 AM