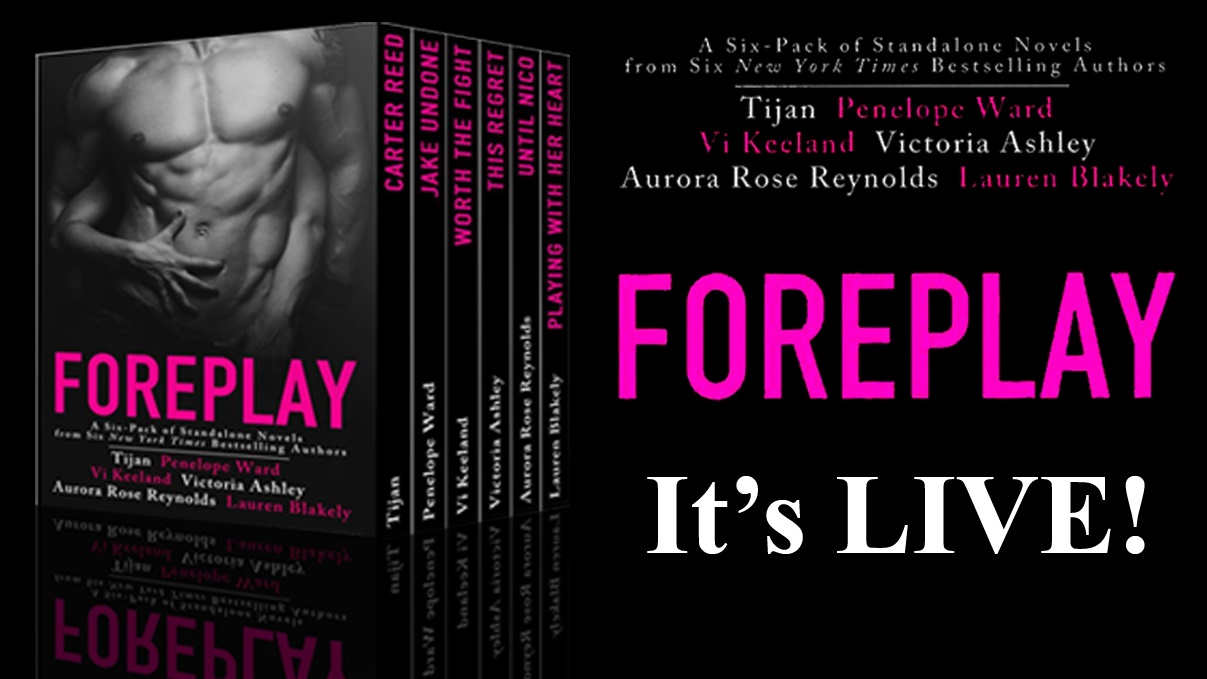 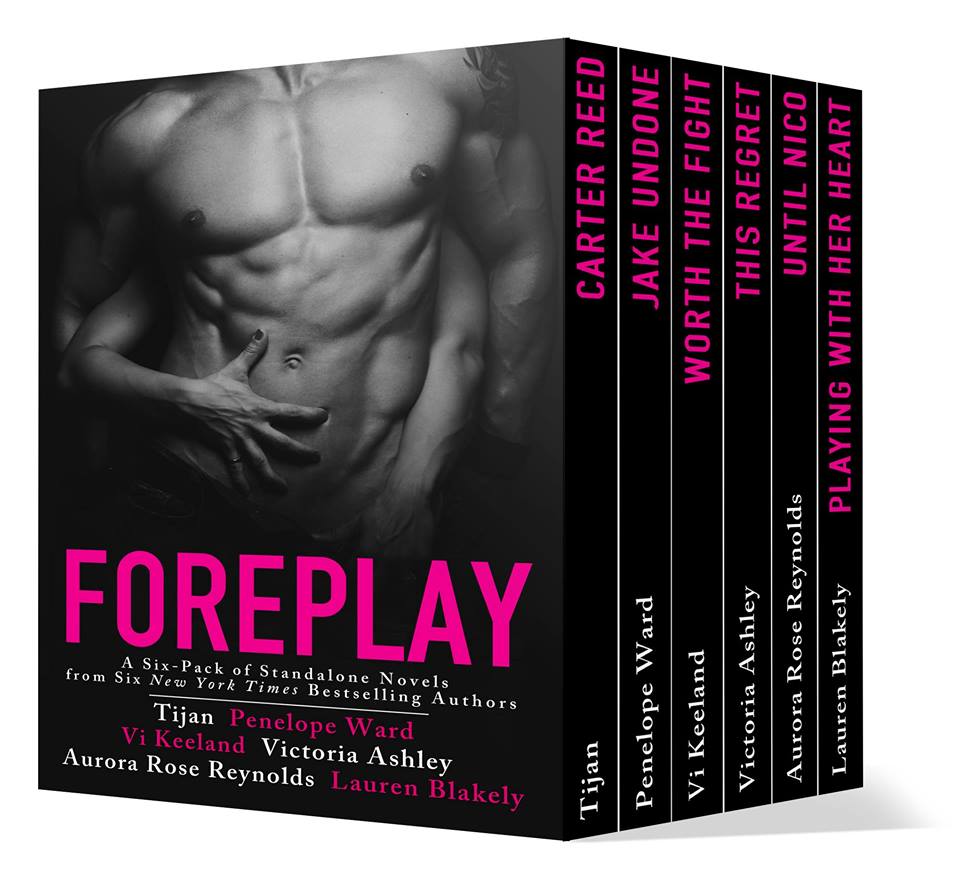 Because who doesn’t like a whole lot of FOREPLAY…
Carter Reed from New York Times Bestseller Tijan
Emma decided to skip the gym and went home early. It was the last easy decision she made because she found her roommate being raped by the boyfriend. She had two choices. Call the cops and be killed by his family’s mafia connections or kill him first and hope to survive. There was no choice to her. She killed the bastard first and went to the one person who could protect her. Carter Reed. He’s a weapon for the rivaling mafia family, but he’s also Emma’s secret. Not only was he best friends with her brother, but she’s the reason he became that weapon in the first place. 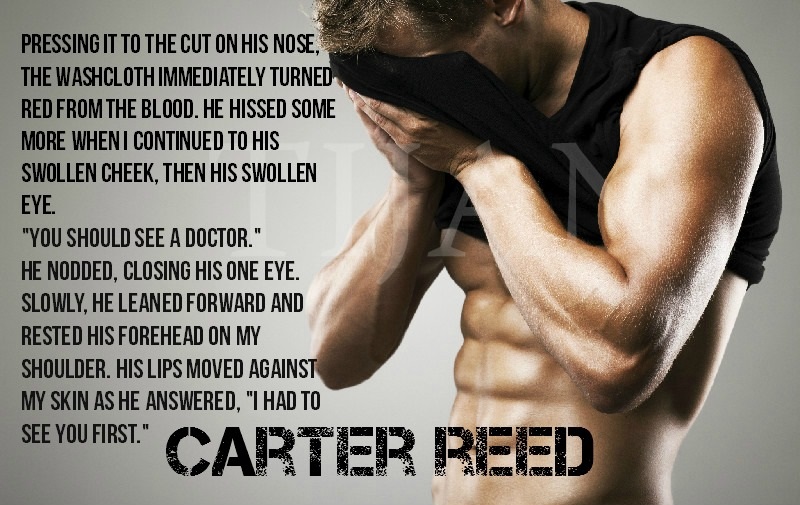 Jake Undone from New York Times Bestseller Penelope Ward
Nina Kennedy led a sheltered life ruled by phobias. When she moves to Brooklyn, that life is turned upside down as she develops an intense attraction to her gorgeous roommate.
Behind Jake Green’s rough exterior, lies a heart of gold. He makes it his mission to change Nina’s outlook on life. Jake becomes her tutor, forcing Nina to face her demons. He just wasn’t expecting to fall hard for her.
But Jake has been living his own private hell. Once he drops a bombshell, will their love survive it? 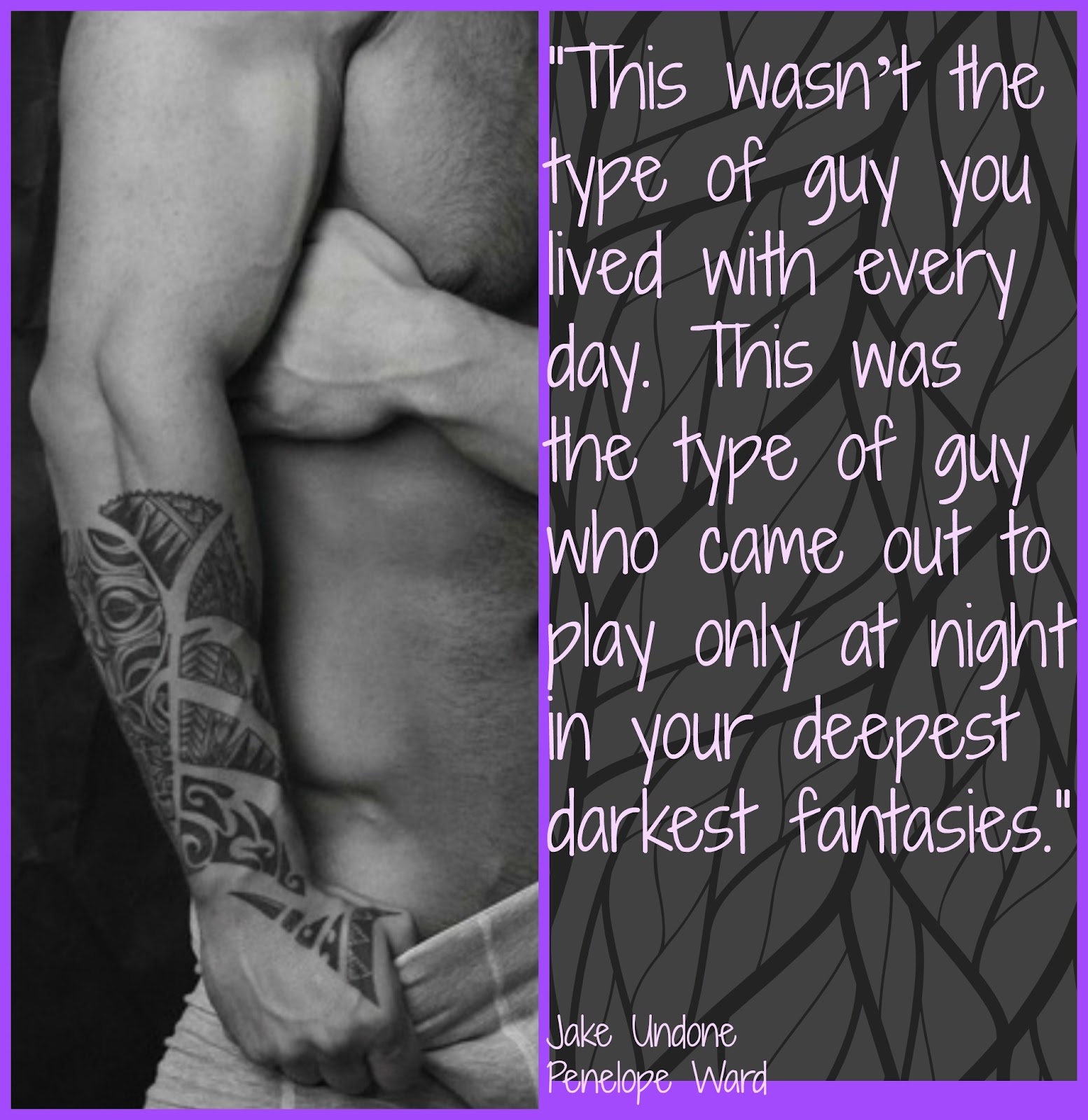 Worth the Fight from New York Times Bestseller Vi Keeland
It didn’t matter that the ref called it a clean hit. Nico Hunter would never be the same.


Elle has a good life. A job she loves, a great apartment, and the guy she’s been dating for more than two years is a catch and a half. But it’s boring…and she strives to keep it that way. Too many emotions are dangerous. Her own past is living proof of what can happen when you lose control.
Then Nico walks into Elle’s office and everything changes…for both of them. But what can the tattooed, hard-bodied MMA fighter and the beautiful and always steady attorney have in common? A lot more than they bargained for. 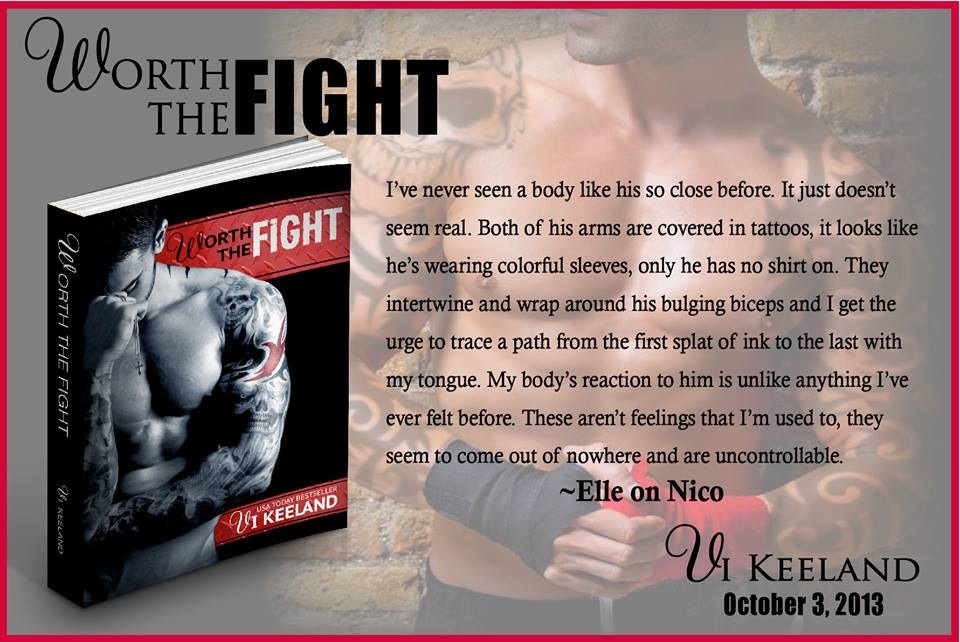 This Regret from New York Times Bestseller Victoria Ashley
Phoenix has been stumbling through life since her brother Adric's tragic death but after eight years, she is finally piecing what remains together.
When walking into the tattoo shop one day, the last thing she’s expecting to see is Kellan Haze, Adric’s best friend no one has seen or heard from since the day they found her brother’s body. He’s nothing as she remembers him as a child, with his wild messy hair, tattoos that cover most of his undeniably sexy body and eyes so intense it makes her legs quiver with one look. The one thing even she can’t deny is the instant rush she feels just by being in his presence. But . . .
Kellan is sexy, daring and possibly . . . dangerous.
This Regret is a story of love, lust, betrayal and danger with an ending that no one saw coming. 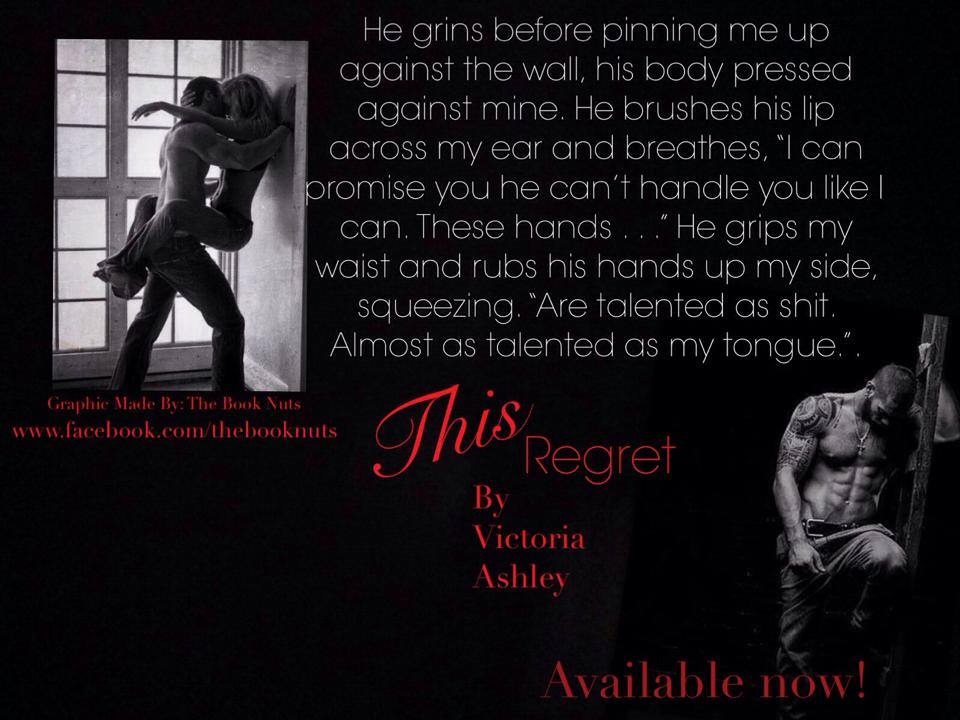 Until Nico from New York Times Bestseller Aurora Rose Reynolds
Nico Mayson knew the moment he saw Sophie Grates that she was the one. His whole life, he has been judged by what’s on the outside, so finding a beautiful woman who sees the real him only makes his feelings that much stronger.
Nico knows the kind of man he is, and the things he is capable of, and he will do everything in his power to help Sophie fight her demons so they can have their happily ever after. Everything in life worth having is worth fighting for. 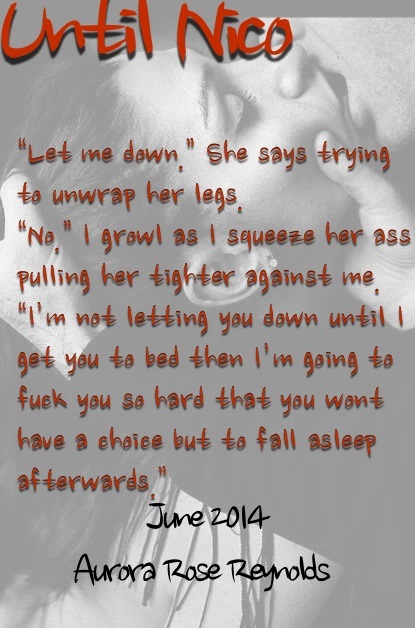 Playing with Her Heart from New York Times Bestseller Lauren Blakely
A sizzling and addictive story of a woman with a broken past and the man who can't fight his desire for her...
When you’re acting the role of a lifetime, how can you know if love is real—or all just a part of the show? Twenty-three year old rising theatre star Jill McCormick finds it nearly impossible to resist the director of her first Broadway play -  sexy, sophisticated, possessive, all-alpha Davis Milo. The attraction between them is too powerful, and soon their private rehearsals spiral into new, forbidden territory...but will the past stand in the way of a future together? 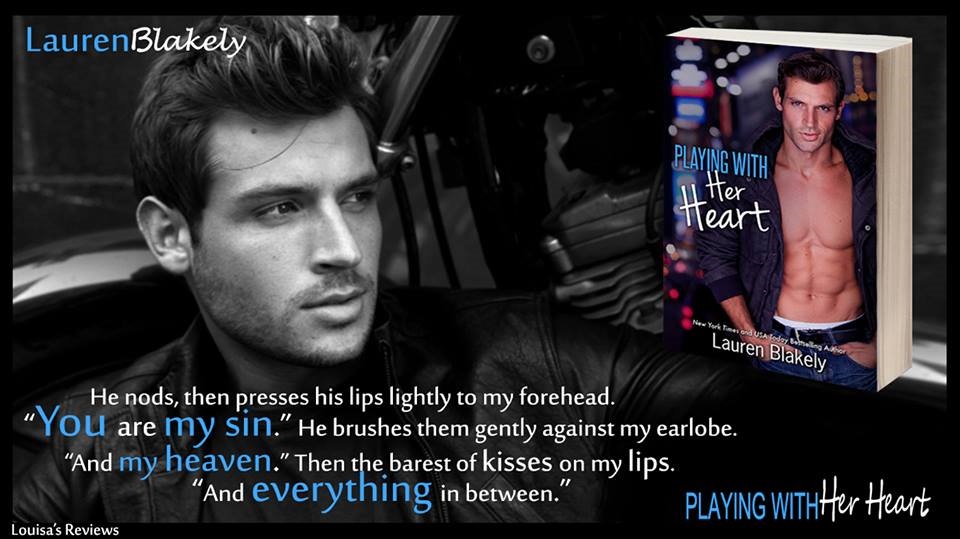