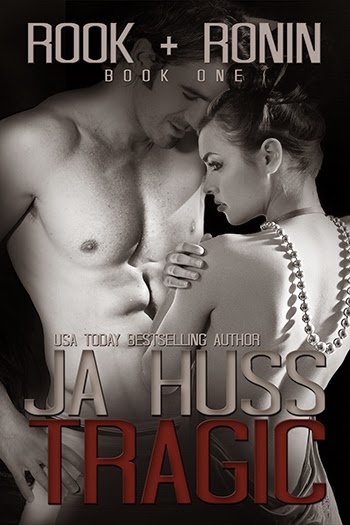 How far are you willing to go to start over?

Rook Walsh is homeless, jobless, and down to her last ten bucks when opportunity knocks her in the head and delivers a once in a lifetime opportunity.
Internationally renowned photographer, Antoine Chaput, knows the minute he spies Rook in his studio that she's got The Look. The dark and desperate look he must have to land the exclusive TRAGIC media contract.

Rook is paired up with top model Ronin, and he knows exactly what to do to make her blush for Antoine's camera. Her luck changes in an instant and suddenly she's got more attention and exposure than she can handle—both in front of the camera and behind the scenes. 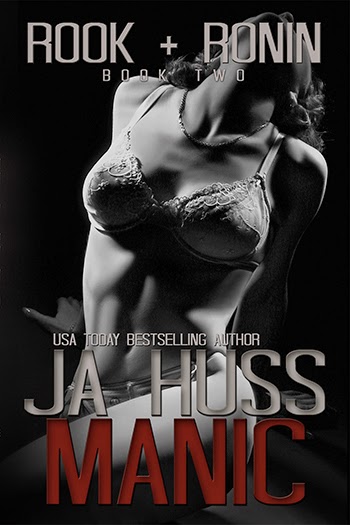 TRAGIC is over and Rook is ready for the future—Spencer Shrike and the STURGIS contract!

Wait a minute… what reality show? Maybe she should've read that STURGIS contract a little closer?

Sure, Rook's bank account is overflowing, but Ronin is angry, Clare is trying to escape rehab, Antoine is a worried mess, and Elise is just trying to hold everyone together. Rook's new family is about to fall apart before she even gets the chance to enjoy it. 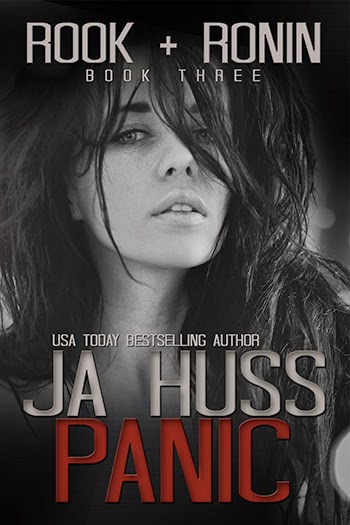 Rook is chasing her dream—film school and a chance at a life beyond the one she ran from six months ago. But before she can become the girl she wants to be, she must deal with the girl she left behind.

Lies, secrets, and shocking truths will rock the foundation Rook and Ronin have built. Can they put the past behind them and move forward together? Or is this just another too good to be true relationship that will crash and burn in the end? 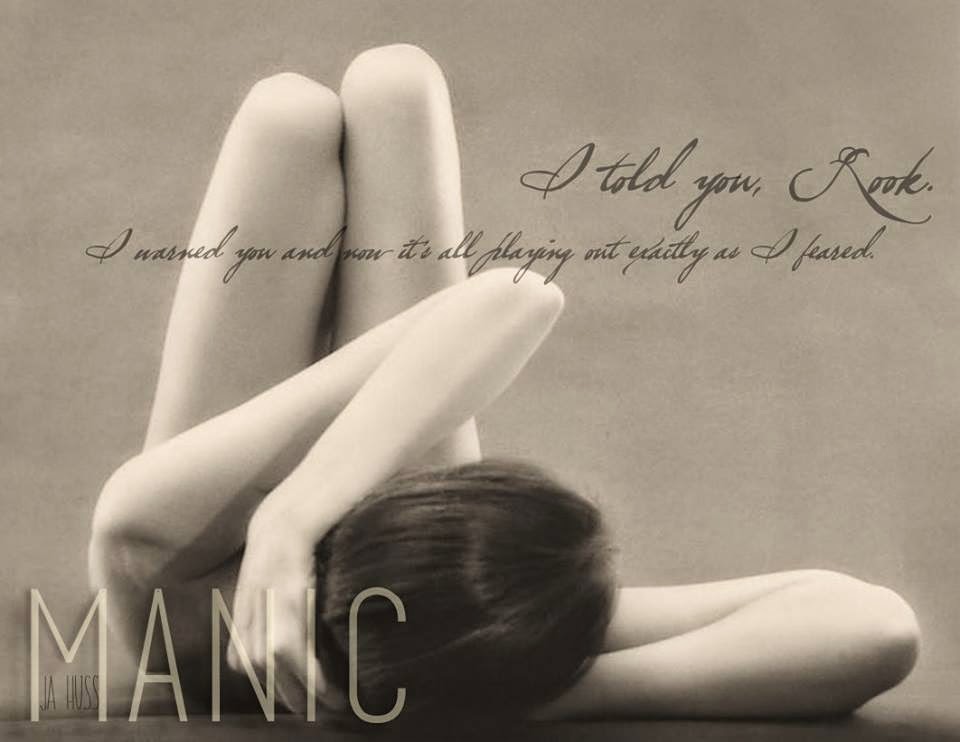 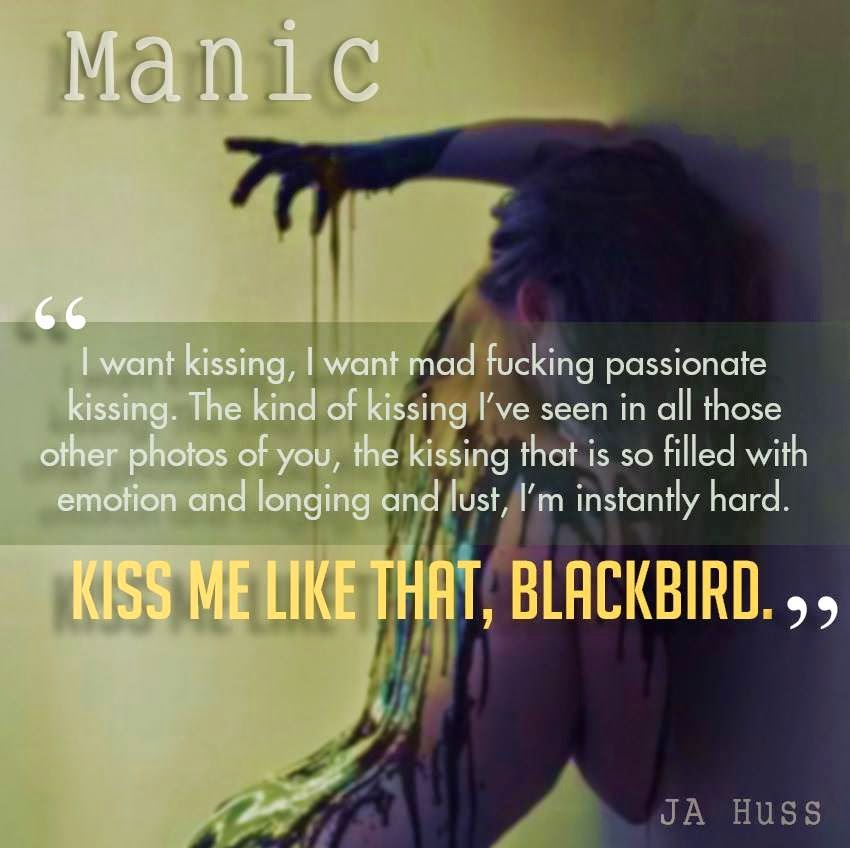 The girl catches me staring and I hold my breath. But neither of us turns away. We stare, unabashed, until Antoine's direction pulls her back into the shoot and she's lost again—guarded and unhappy, frowning and resigned. She's a blackbird sitting in a tree staring out at the world, daring the wind to come and knock her off the swaying bough.
She is wrecked, Elise is right. But she's not down yet. The look on her face is defiant.
When I look over at the clock it's well past five. Antoine has been shooting her for almost two hours. Elise left a while back but whether she's still here in the studio or up in her apartment, I have no idea. I lost track of her because my eyes are only on the girl.
Antoine does pretty well until the end. It's clear he's finished shooting and the girl is starting to look uncomfortable when he asks her what she was thinking about during the shoot.
I cringe. No, you don't ask them! You make them want to tell you, you idiot! I want to pull him aside and stop the crash and burn that's coming, but it's too late. She snaps at him and he pulls back when he realizes his mistake.
He turns the conversation to business and this is where it really gets interesting. She tells him she's not a model and has no portfolio. I'm just about to laugh when she starts yelling about pictures as payment.
I look back towards Elise's station and realize she forgot to explain the terms to her.
We are so off our game today. One tragic girl has disrupted all the carefully laid plans and protocols we've had in place for years.
The tragic girl storms off yelling. Antoine walks over to me and we wait together as she rants to Elise.
"You better fix this, Antoine," I say calmly, but inside I'm screaming too. "Pay the fucking girl, she needs the money."
He snorts like a fucking Frenchman. "I do not pay for test shoots."
"This," I say, turning to face him, "was no test shoot and you know it. You've got hundreds of shots in that camera. Pay her and make sure she comes back or I won't do the contract. I want her. I've put up with hundreds of stupid girls over the years for you and I've never asked you for a favor like this. I want this one, or I won't do it."
He fishes through his pocket and pulls out the cash that Clare never earned.
The studio door slams and we are all reminded that two models have walked out on us today.
"Elise!" Antoine calls, thrusting the bills out at her. "Catch her, pay her, and invite her back on Monday."
Elise grabs the money and flies out the door.
"We're in trouble, Ronin. She is trouble." He turns a little to look me in the eye, something he rarely does unless he's serious and wants me to consider his advice. "You should stay away from her, keep it professional. Or it might get messy."
I shrug. "I'll do what I want. And staying away from her isn't even in the top million things I want to do with that girl."
"Elise will hurt you if you ruin this one, Ronin. She won't tolerate another Mardee."
Fuck you, is what I think. But I don't say it, I just sigh and we wait in silence for Elise to come back. 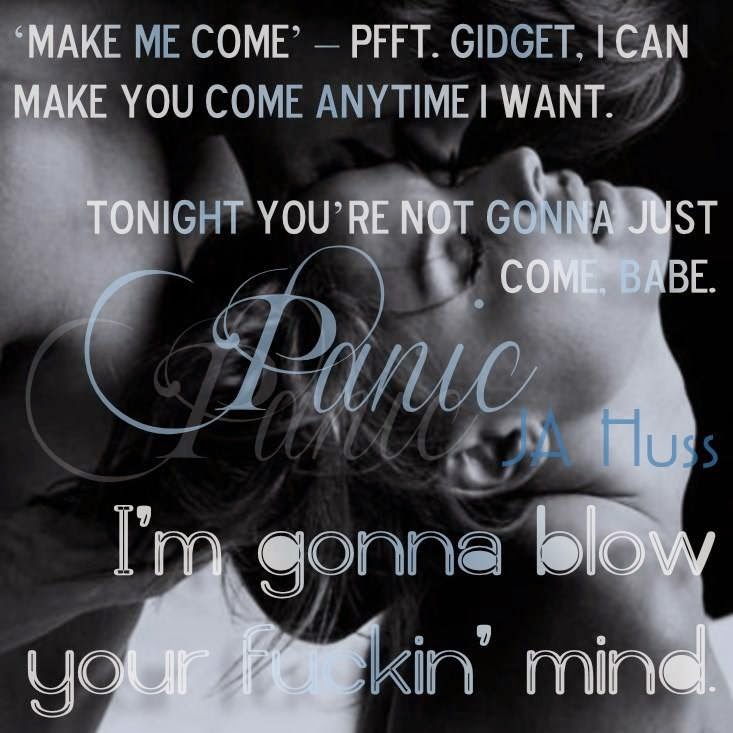 "You scare me, Rook."
"Why?" I ask, puzzled.
"Because your future is making itself right now, this very moment. And you have no idea it's happening. I want you so completely it hurts. But you and I are in two totally different places."
My whole body shivers with a chill as I absorb his words. I swallow. "That sounds like the beginning of a break-up speech. Are you breaking up with me?"
He scoots my bottom closer, thrusting himself inside me a little more. "I love you, Rook. I'm not breaking up with you. But it's all bad timing, you know?"
I shake my head. "No, not really."
"My career started when I was seventeen. I've done everything you're just getting a taste of now. I've traveled all over the world, I've made a shitload of money, I have pretty much everything I want."
"But—"
"Except the only thing I really want."
I wait for it, but he lets out a long sigh and holds it in. "Is it a secret?"
He lets out a soft laugh and rocks himself into me again. "No, it's not. I already told you that night we went to the zoo."
"A family," I say, a little breathless now because what he's doing, this serious conversation combined with the sensual lovemaking, is making my heart pound.
"Yes. I'm done, Rook. I can live off the money I've made for decades. I'm ready to do something else. Start something new."
"Well, how is that a problem for us?" I ask, lifting up and slipping down on him. It's his turn to become breathless. "I'm not against the idea, you know."
He smiles as his hand reaches up to cup my breast.
I shiver again, but this time it's a good one.
"Not against the idea is not the same as on board." His fingers stop and his hands wrap around my waist as he slides me back and forth across his lap. My whole body flushes with heat and I tip my head back and close my eyes.
"I'm looking for a partner."
I swallow. "I'd like to be that partner, but—"
He waits.
I open my eyes. He's watching me very closely, his hands still gliding over my body, slowly—so, so slowly. My clit throbs against his friction.
He waits.
"I'm scared too, Ronin. But of very different things."
He wraps his arms around me completely and buries his face in my neck, tasting the water on my skin left over from the misting shower spray. "I'll take care of you, Rook."
I take a deep breath and let it out. "I want you to take care of me, Ronin."
His palms slide up underneath my wet hair and then he fists it, just a little, like a claim. It makes me hesitate, but then he pulls me forward until my cheek touches his. "Then let me, just let me put it all together for us. I can make you happy." 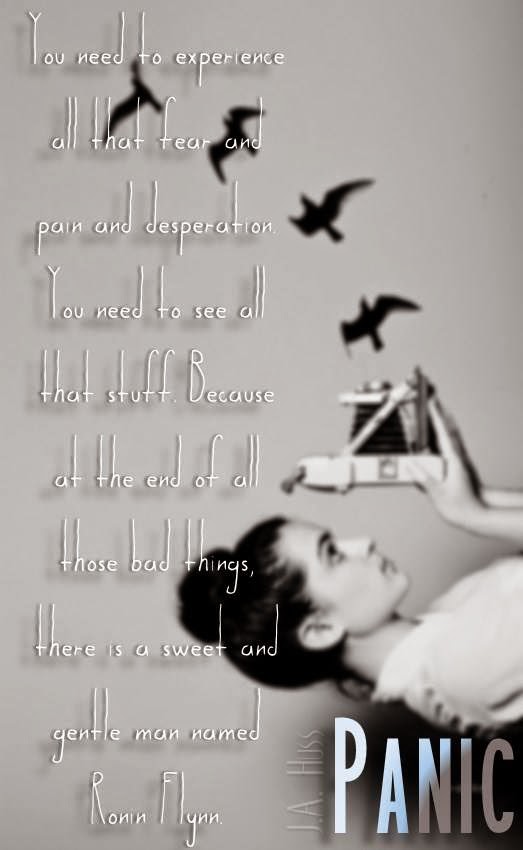 My phone beeps an incoming text just as I settle back on my couch and turn on the TV.
My heart flutters a little as I read the text.

I’ve never had the urge to write a love letter but I’m lying in bed, looking over at your side, wondering if I can somehow change your mind about this whole deal and talk you into coming the fuck home. (I’m a selfish asshole, I know.) But I get that you need this so I’ll just say this instead: I felt like I was leaving a piece of my soul behind the moment I left. And every second that passes, I miss you like that, times a million.

I press call under his name and he picks up on the first ring. “Ronin Flynn, you are like a door.”
He laughs. “It was that touching, huh?”
“Not a window where you can see through to the other side and be sure of what’s coming. But a door, still closed and leading to every opportunity imaginable and requiring a leap of faith that the risk is worth it. You are my doorway to endless possibilities and I’m ready to take that risk.”
I can hear him swallow on the other end and when he’s done his words rumble out in his deep, sexy voice. “Rook, I’m not a risk, I’m a sure thing. You’re the only girl I want to build a future with. Ever. You’re the one, Rook. The love that only comes around once in a lifetime and I refuse to settle for anything else.”
He’s perfect. Simply perfect. “I love your love letter, Larue. It made me sigh like a schoolgirl.”
“Well, you are a schoolgirl, right? I think I’m gonna have to go looking for a little tartan skirt and some knee socks. Dress you all up in a sexy outfit this weekend.”
“If you do that, I might have to be bad on purpose, Mr. Flynn.”
“Don’t tease, Gidget, or I’ll spank you.”
“You promise that so much and never come through. I hardly get excited about it anymore.”
He guffaws this time and I can practically picture his gorgeous smile lighting up his electric blue eyes. “I can’t fucking wait until Friday.”
I giggle a little as I picture our Friday. “I might just ditch class early, Mr. Flynn.”
“And that will earn you two spankings, Miss Corvus.”
“Promises, promises.” 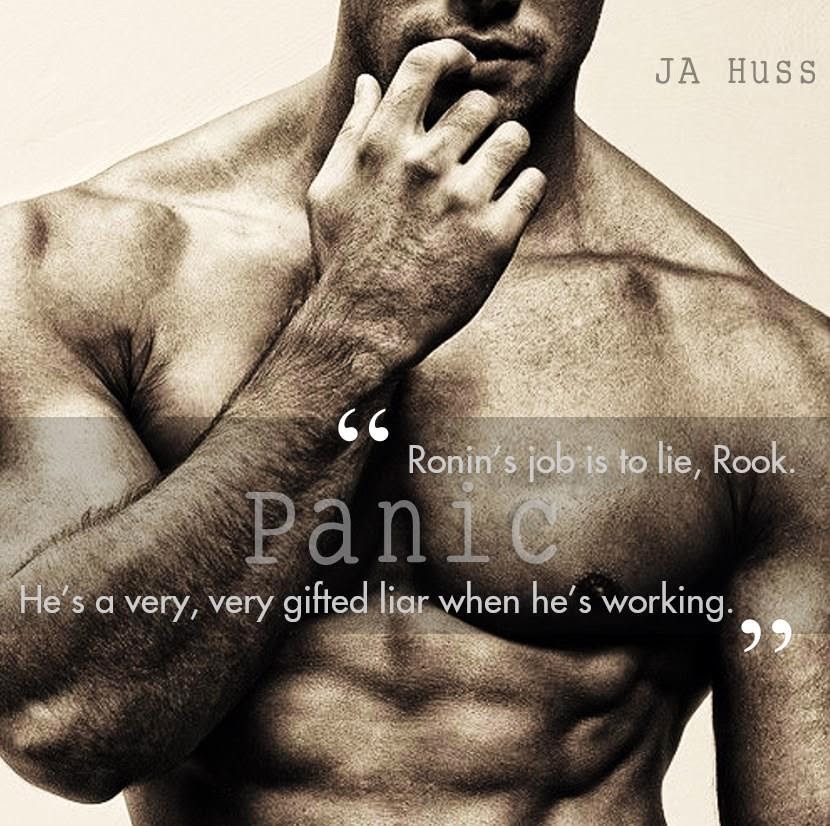 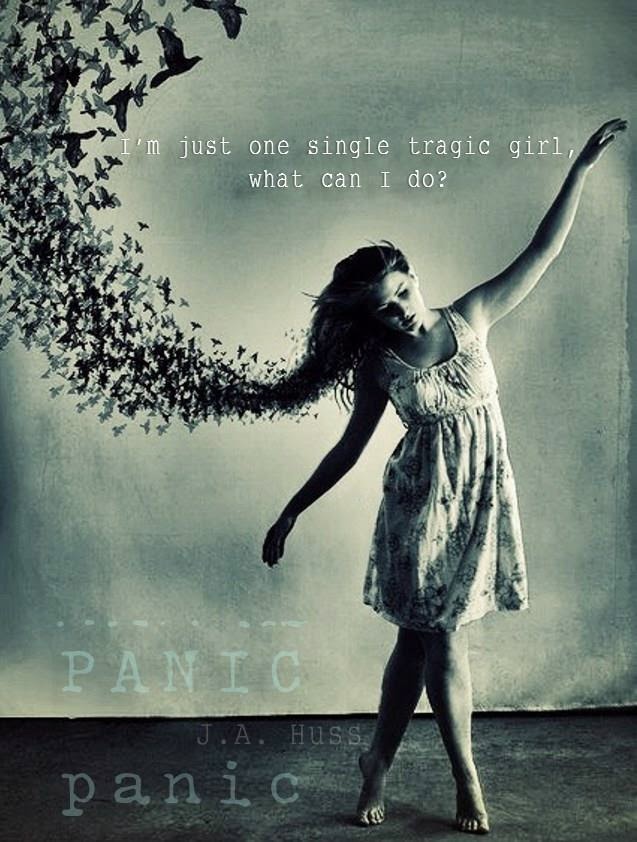 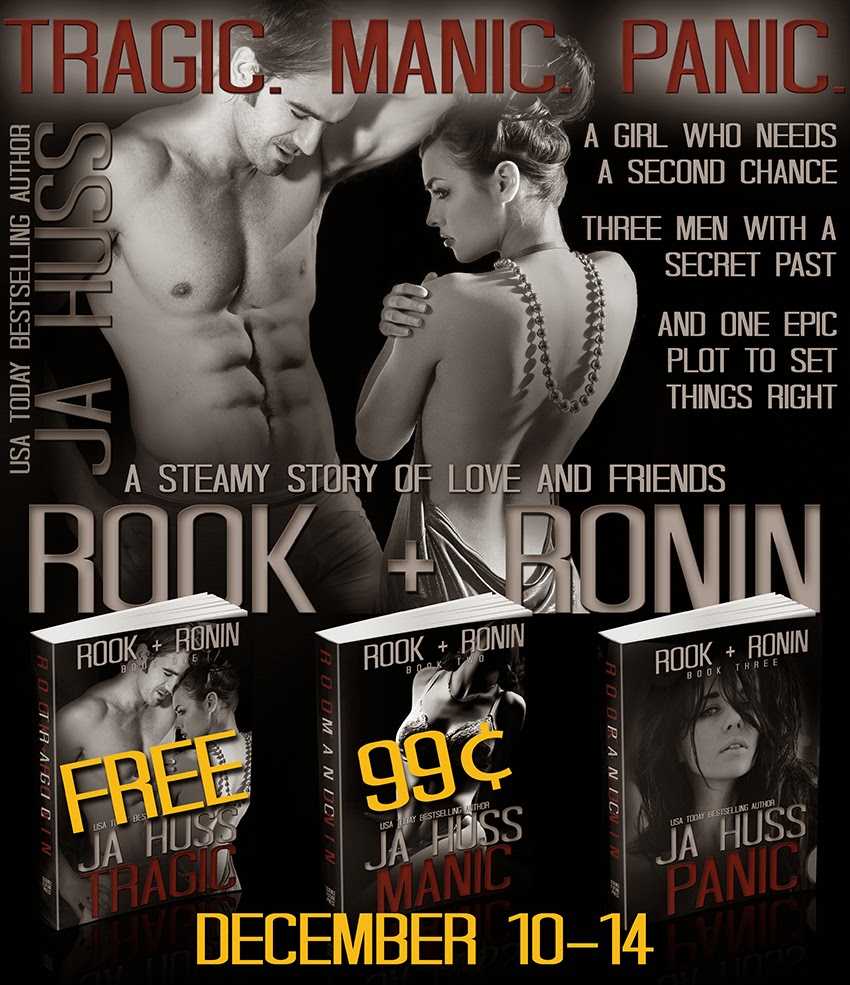 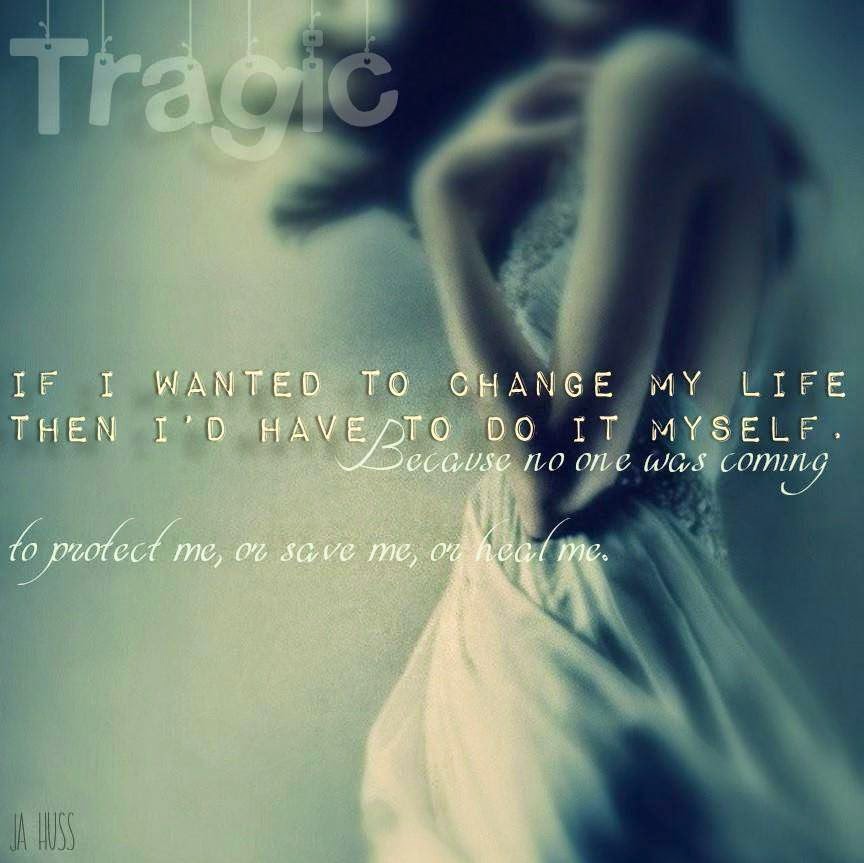 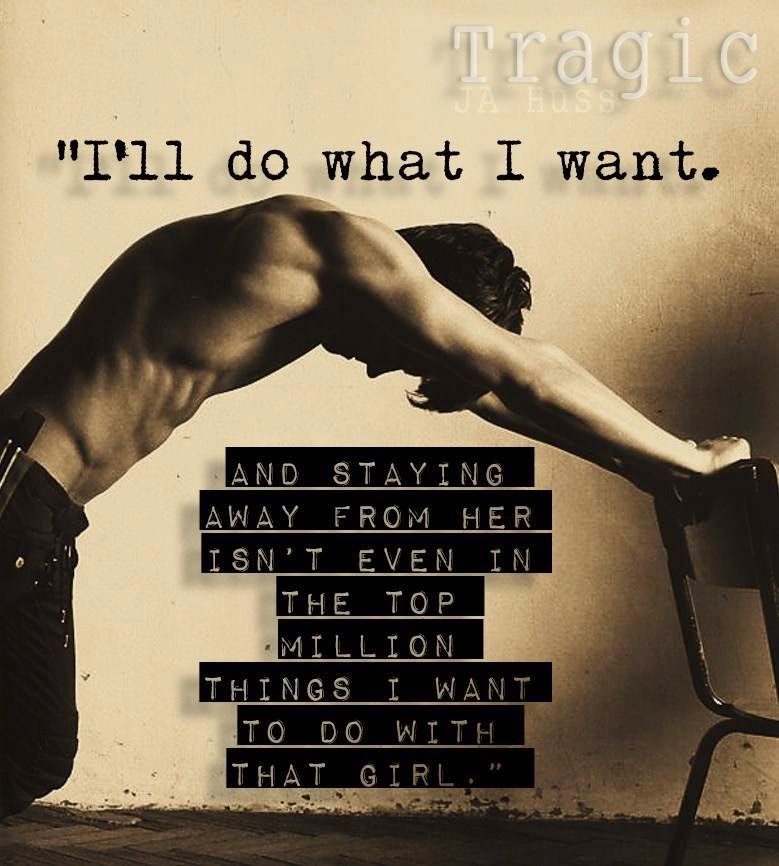