Book Blitz and Massive Giveaway, Including a Voyager Tablet: Surfacing by Kristin Halbrook 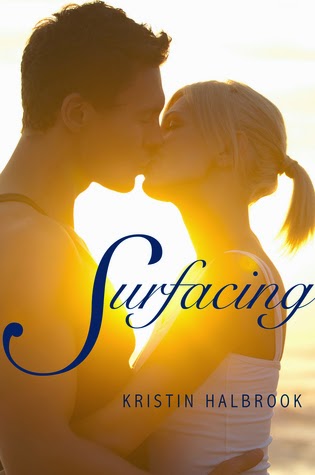 Katie Sawyer has spent the past three and a half years cultivating the perfect UCLA experience. She has the perfect boyfriend: a football star. She has the perfect social life: she’s President of Delta Gamma. But her perfect best friend, Chelsea, just drowned. Worse, the body tumbled out of the closet in Professor Griffin’s chem lab.

Katie’s fairy-tale façade hides a past she would like to forget, but Chelsea’s death brings every old emotion to the surface. If she’s going to move on from her hurts, Katie has to pull her not-so-perfect self together and search out the identity of Chelsea’s killer, even if it means turning to Josh Hunter for help. It’s not easy. Josh infuriates her. Once upon a time, they were next door neighbors and best friends. They were confidants. They were even teenagers fumbling and exploring each other in the dark. He knew everything about her. He owned her heart. That was before things changed.

Now, secrets are surfacing. Chelsea was seeing someone. And she was pregnant when she died. Katie must come to terms with Chelsea’s other life…and face the fact that she has some secrets of her own. Even if it means letting the past–and Josh Hunter–back into her life.

A college Clueless meets Veronica Mars, Kristin Halbrook’s new adult mystery is full of sexy romance and twists that will keep you guessing until the end.

You have a Young Adult novel out now (NOBODY BUT US) and another one coming out next year (EVERY LAST PROMISE), in addition to your New Adult debut, SURFACING. What are some of the differences between writing YA and NA?

I love writing both Young Adult and New Adult. It’s been interesting seeing some of the differences in my writing style between the two, but also noticing what is the same. My Young Adult novels are upper YA, so there’s not a lot of disparity in content. Having said that, my New Adult projects definitely feature more sexytimes as an essential part of the plot. I also feel like the plot itself takes a bit more spotlight in my New Adult projects, which is fun, while my Young Adult books feel a bit more character-driven and perhaps more crafted at the line level. Still, whether I’m writing New Adult or Young Adult, the books are definitely “me” and are getting the best of my ability.

What are your inspirations?

SURFACING, in particular, is inspired by two of my favorite things to watch: Veronica Mars and the movie, Clueless. I like writing emotionally complicated characters who have to face their own demons as they are also trying to come to terms with an event that doesn’t have easy answers. There is a mystery element to this book, but it isn’t quite at Nancy Drew levels. It’s a little more about finding oneself than about finding a villain, even though there certainly is a villain!

I have also been inspired by the setting. I love the beach as much as Katie does, which is why it plays such a role in this story. And I’m a huge fan of female friendships and of women living together and interacting on a daily basis, which is why I chose to set this, and all the companion books, in the Delta Gamma sorority. It’s a good place to explore female dynamics in a real and empowering way.

SURFACING has a mystery element. Do you think that makes it different from other New Adult books?

SURFACING does have a mystery element, and I think it’s something that’s a little different than a lot of what’s out there right now in New Adult. But it also has a lot of the elements that I think New Adult readers like to see: identifiable female characters, great men, sexual tension and personal growth in a turbulent life stage. I like to think I’ve taken the popular contemporary romance and given it a little twist with the mystery.

Do you have favorite characters in your books?

Not usually. I sometimes like my characters, I sometimes dislike them. Either way, I always love writing them. I do have to admit, though, that Josh is a really, really, really good guy (in so many ways) and also, you know, hot, and if I had to pick a book boyfriend, it would be him.

What are your future New Adult plans? Any previews you can give us?

I have lots of fun plans for my future New Adult projects! Right now, several more books featuring the ladies from Delta Gamma are in the works. Some of the characters you’ll see in SURFACING get their own turn in the spotlight, and there will even be a change of setting for a couple of them to some of my own favorite places to visit (Scotland! Snow-capped mountains!). Hopefully, I’ll be able to share previews soon, so stay tuned! A good place to keep up with what’s new is my twitter @KristinHalbrook or my Tumblr page: www.tumblr.com/KristinHalbrook

Katie: She’s cute and motivated. Into the beach and the sciences. The perfect actress effortlessly pulls off her big brains and her great heels, plus a steely gaze that hides her vulnerabiilty. Easy, right? Ha! But I think Claire Julien fits the bill. Photo: http://www.listal.com/viewimage/5910571

Josh: He has a great smile, a fantastic body from all that soccer players, and eyes that show his emotions. The actor who plays him should feel approachable and look great in shorts and soccer socks. Josh Bowman fits. Bonus: No need to take on a different character name! Photo: http://cdn01.cdn.justjared.com/wp-content/uploads/headlines/2012/04/joshua-bowman-womens-health.jpg

Chelsea: The best friend of best friends, Chelsea’s beautiful, dark looks are from her mix of Hispanic and Italian heritages. Odette Annable’s hauntingly lovely eyes are a good fit. Photo: http://www.listal.com/viewimage/3896479
Damon: A quick perusal of the Friday Nights Light cast and the perfect Damon is there: the rich-boy football player could be played to a T by Taylor Kitsch. Photo: http://images5.fanpop.com/image/photos/31500000/-Taylor-Kitsch-taylor-kitsch-31547466-400-266.jpg

Carolina: She picks up the role of Katie’s best friend, offering a shoulder and some love when Katie needs it most. Michelle Ang’s work on several popular international teen dramas is great training for this role. Photo: http://www.thebigidea.co.nz/files/imagecache/display/images/MichelleAng1_0.jpg 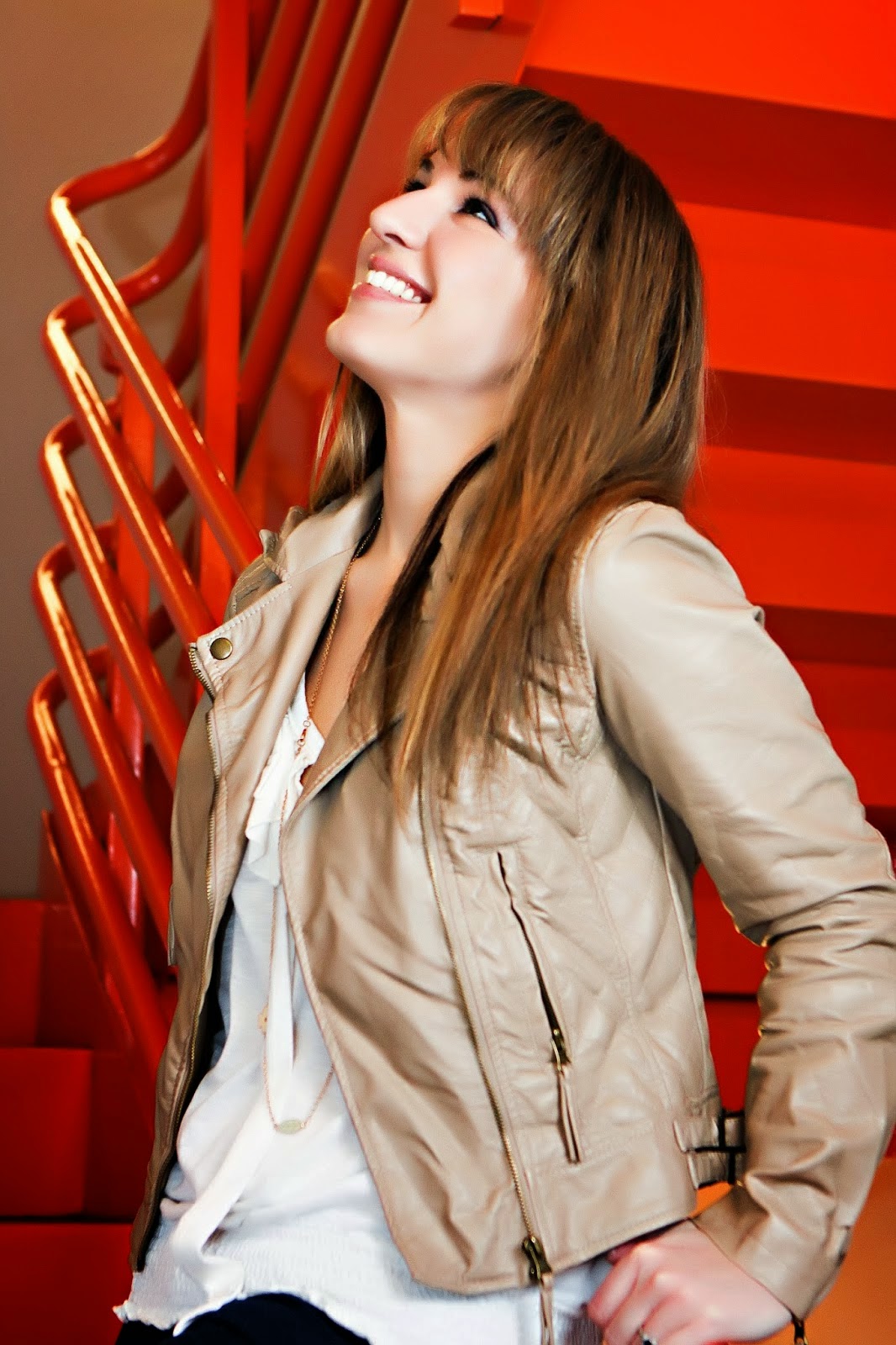 AUTHOR BIO:
When she was little, Kristin Halbrook wanted to be a writer, the President of the USA or the first female NFL quarterback. The first one stuck. Even when pursuing other dreams, she always took time to write, including stories for adults, teens, and children. She is the author of Nobody But Us (HarperTeen, 2013) and the forthcoming Every Last Promise (HarperTeen, April 2015). Surfacing is her new adult debut.

When she's not writing or reading, she's spending time with three pixies, her Mad Scot soulmate, and one grumpy cocker spaniel; traveling across oceans and time; cooking and baking up a storm; and watching waves crash and suns set on the beach. She currently lives, loves and explores in The Emerald City, though she occasionally makes wispy, dream-like plans to move to Paris or a Scottish castle one day (if just temporarily).


Blitz-wide giveaway (US/CAN)
a Rafflecopter giveaway
Posted by Margay Leah Justice at 8:00 AM