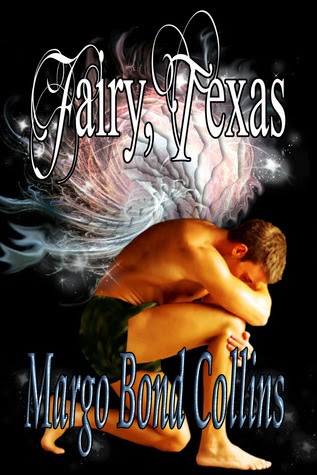 Book Description:
Fairy, Texas. A small town like any other.
Laney Harris didn't want to live there. When her mother remarried and moved them to a town where a date meant hanging out at the Sonic, Laney figured that "boring" would have a whole new meaning. A new stepsister who despised her and a high school where she was the only topic of gossip were bad enough. But when she met the school counselor (and his terminal bad breath), she grew suspicious. Especially since he had wings that only she could see. And then there were Josh and Mason, two gorgeous glimmering-eyed classmates whose interest in her might not be for the reasons she hoped. Not to mention that dead guy she nearly tripped over in gym class.
She was right. Boring takes on an entirely new dimension in Fairy, Texas.

Excerpt 2:
“Okay, girls,” Coach Spencer yelled above the chatter around me. “We’re going to get warmed up for this year with a little run around the outer track.” She gestured toward a field off to the right of the building. I could see a dirt track wending its way along the edge, disappearing into a copse of stubby trees and scrub brush at the far end. “Four laps,” Spencer added. A general groan went up, and I was glad that the discussion at lunch had distracted me from eating too much. Late August in Texas is hot.
“Well?” the coach said. “Get going!”
We started off at a trot toward the field, many of the girls around me still complaining. For a moment, I considered hanging back with the crowd, but Andrew had told me that Spencer coached the girls’ track team. I wanted to impress her. So I stretched my legs out as I hit the track and settled in to a long stride, my breathing still easy.
The afternoon sun beat down on my head. I watched the small grove grow closer, anxious for some shade. By the time I hit the bend in the track that led into the thicket, I was yards ahead of the rest of the runners—so when I rounded the curve and tripped over the body, I was all alone.
It didn’t take long for everyone else to catch up, but it seemed like an eternity as I scrambled back, crab-like. It took a moment for my brain to translate the messages my eyes were sending it—the images coalesced slowly, like one of those magic pictures with the 3D images inside.
He had been stretched out spread-eagle across the trail, head and feet half-concealed in the brush on either side. Blood pooled around him, sticky and half-dried at the edges. His shirt had been ripped open and a slash opened him from his throat to his stomach.
As the other girls rounded the bend, I realized that the high, keening noise in the background was the sound of my own screaming. As soon as I realized it, I stopped, but several of my classmates picked up where I left off.
My hands and knees were coated with blood where I had landed; my skin was tacky with it. I crawled over to the nearest bush and vomited.
Coach Spencer shoved her way through the girls and stuttered to a stop, her hand to her mouth. “Oh, God,” she said. “It’s Cody Murphy.” 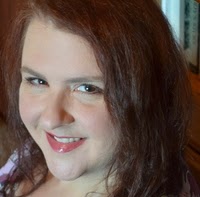 Margo Bond Collins is the author of Legally Undead, first in an urban fantasy series coming in 2014 from World Weaver Press (http://worldweaverpress.com/), Waking Up Dead, first in a paranormal mystery series from Solstice Publishing (http://www.solsticepublishing.com/), and Fairy, Texas, a YA paranormal romance series (also from Solstice). She lives in Texas with her husband, their daughter, several spoiled cats, and a ridiculous turtle. She teaches college English online. She loves paranormal fiction of any genre and spends most of her free time daydreaming about vampires, ghosts, zombies, werewolves, and other monsters.

If you would like to offer the tour giveaway with your post, please use the below Rafflecopter code.
Giveaway is optional not mandatory