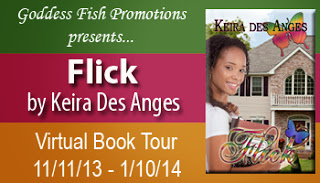 Leanna Matthews enjoys flying below the radar. She does well in school, has a few close friends and hides the fact she’s an astral-traveling telekinetic. But there’s no escaping her creepy dreams or Simora, the bizarre little spirit lady, that suddenly pops out of nowhere to warn her against keeping secrets and predicts an encounter with a sinister evil. For the first time in forever someone…or something…is on to her.

But life turns around when Leanna meets Piper one sunny afternoon. She’s inexplicably drawn to him, almost as if she’s been waiting for him to come. Forbidden to have a boyfriend Leanna throws caution to the wind, lying to her family and friends to be with him, while ignoring Simora’s ominous message.

Yet Piper has a secret of his own. He is on a mission and Leanna, unwittingly, is the key.

One of the fringe benefits of astral traveling is never using doors, and when Leanna walked straight through the wall into the brightly lit hallway, the hustle and bustle of the day seemed all but forgotten.  Various medical personnel marched determinedly to their destinations and Leanna quickly dodged a team of doctors rushing down the corridor and the hysterical woman behind them.  She moved out of habit really; even if they bumped her they’d simply melt right through.

She stopped by the nearest nursing station hoping to hear news on her aunt.  But to her disappointment, the staff proved useless.  They were more interested in Nurse Johnson’s fling with the new anesthesiologist than discussing their charges.  Her mother was a medical professional; Leanna knew nurses were an integral part of the medical team.  But these guys were worse than an episode of Grey’s Anatomy!  Eventually bored of their gossip, Leanna made her way to the opposite end of the floor.

“Hey, Leanna!”  Her name rang out clearly as she passed by the waiting room door.  “Over here!” said the voice.

Startled, Leanna turned around to peek inside.  Three people sat in the small, blue waiting area.  Two women whispered animatedly to one another and a stoic looking man held a magazine, although his eyes seldom moved across the page.  They didn't see her, so Leanna wondered who just called.
Then she saw her.

A little Indian woman, no more than four feet in stature sat in a green and purple, wing-backed armchair in the middle of the room grinning and waving madly at her.  She looked no more than thirty years old and was dressed in shimmering gold from head-to-toe with a sheer, golden scarf draped over her bright, oval face and jet-black hair.

Tiny glittery shoes peeked out from beneath the frock and sparkled as brightly as Dorothy’s red slippers in the Wizard of Oz.  Leanna thought she even resembled a munchkin, in a cute sort of way.  Like Auntie, she seemed more real than anyone else in the room and her smile grew larger as Leanna approached cautiously.

“Don’t worry sweetheart, I don’t bite,” she said.  The little lady patted a second green chair embossed with bright purple and orange polka dots, which mysteriously sprang out of nowhere, and Leanna sat down.

“I’ve been waiting for you,” she beamed, greeting Leanna like a long-lost friend and clapping her hands excitedly.  “I’m so glad you finally came!”

“Waiting for me?  Why? Who are you?” Leanna asked, not quite sure she should be talking to her in the first place.

“Oh my!  You don’t know me do you?” she giggled childishly.  “I’ve been with you so long I sometimes forget you don’t remember.”

“Remember?” Leanna asked now thoroughly confused.  “I’m sorry, what are you talking about?  We’ve never met before,” she said apologetically.

“Oh Leanna, trust when I say I have been with you all of your earthly life, before and beyond,” the lady corrected.  “Until now you haven’t seen me because it wasn’t time.  But I have been with you as promised and kept watch over you.  Which, I might add, has been quite a task considering your little adventures,” she said smiling again, taking some of the sting from her words.

Leanna frowned, studying the peculiar, little lady in the shiny clothes.  She didn’t know why or how, but she did look vaguely familiar, like she might’ve seen her around; possibly in a dream.  Somehow, Leanna sensed there was more to the story than that. 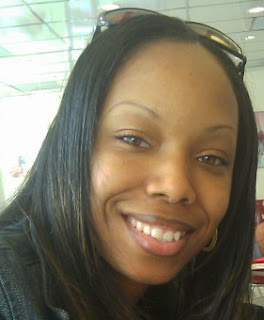 By day, Keira des Anges has the distinct pleasure of assisting teenagers with disabilities find employment, empowering one life at a time. By night, she is a chew toy for her dog and cat and avid reader of anything spooky, magical and totally out of this world.  She lives in sunny Florida with her husband and two kids.

One randomly chosen commenter will win a $50 Amazon/BN.com gift card:

Please follow the tour and comment; the more you comment, the better your chances of winning. The tour dates can be found here:  http://goddessfishpromotions.blogspot.com/2013/09/virtual-book-tour-flick-by-keira-des.html
Posted by Margay Leah Justice at 9:13 AM