Blog Tour and Giveaway: Now and Again by Brenda Rothert 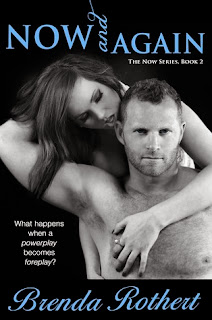 Once again, 26-year-old Layla Carson has the attention of a man eager to satisfy her. Ben Montrose, the hot, confident cop who gets off on frustrating her, is eager to show her just how arresting he can be. But as a reforming sexaholic, Layla’s sworn off casual hookups, and doesn’t miss the days of her early 20s –much.Ben’s caught off-guard when the sexy, outspoken attorney turns him on and then turns him down. But the confident former Marine knows he can handle the simple seduction of a beautiful woman. He finds Layla’s weak spot – competition, which he happens to share – and challenges her to a game that could make them, or destroy them.As they compete to crown the master of seduction, Ben and Layla discover there’s more to their game than power and foreplay. But as the stakes go up, they realize the game has changed, and they both stand to lose more than they bargained for.

Links to book one: 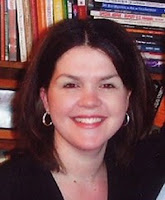 Brenda Rothert lives in Central Illinois with her husband and three sons. She was a daily print journalist for nine years, during which time she enjoyed writing a wide range of stories.

These days Brenda writes New Adult Romance in the Contemporary and Dystopian genres.

10 ebook copies of Now and Again by Brenda Rothert (INT)

Posted by Margay Leah Justice at 9:03 AM