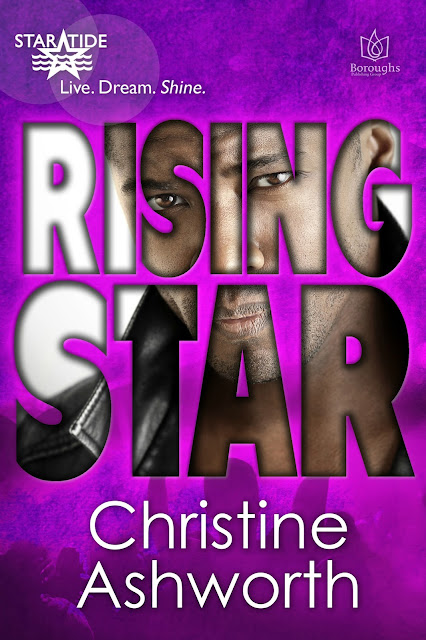 Loud and earthy, comedienne Mia Martinez-Coleman never met a curse word she didn't like, but smooth operator Randall Blue--nightclub owner and so much more--is about to prove that things can get even dirtier...and more dangerous.

Comedienne Maria Teresa Juanita Martinez-Coleman wants her big break so badly she can taste it. Nothing and no one is going to stand in her way, especially nightclub owner Randall Blue. Lately, it seems he's been stalking her--showing up at all her gigs, never laughing but ever-present. He's handsome, rich, and completely out of her league, so she's clueless why he's hanging around...unless he's making sure the show she has scheduled at his famous Topaz Room wasn't a booking error?

Randall Blue has found the full package in Mia. Funny, smart, curvy, sassy--and connected to an arms dealer Randall's been tracking. No one suspects his covert objective; he has a great cover as a businessman with an eye for the ladies. The problem is, this brash, fearless woman is more than a way into El Duke's gang, she's The One. He he has no right claiming her, not when everything she knows about him is a lie. But to keep her out of danger, he's got to get close, which, of course, is right where he wants to be.

Blue stared up at Mia’s building and sighed, shifted against the tree as he waited. The afternoon was hot, especially here in the Valley, and the air was heavy with the scent of jasmine and the sound of birds in the trees.

He sighed again. All he wanted was a glimpse of her. Just a glimpse. Going on eight weeks, and he’d decided he couldn’t wait any longer. He needed to see her. He’d done the letters, and the flowers, and the Hollywood Bowl.

She still wouldn’t answer his calls. It didn’t matter what number he dialed from, either. She just cut him off, with no opportunity to even leave her a voicemail. Cold, that. He shook his head. He really had to admire her for it. For sticking to her guns, as infuriating as it was.

He wanted her. He tended to get his way in the big scheme of things. He’d locked on her, marked her, and wanted to claim her. The waiting was making him fucking crazy.

But if going crazy for a few weeks was the price he’d have to pay for a lifetime with her, he could do that. He just wished she’d bend, even a little. Damn it, she belonged with him. Why couldn’t she see that?

She came out just then, in baggy shorts and a tee shirt, her hair up in a ponytail. Her head down, she began a slow jog toward him.

Blue swallowed, pushed off the tree he was leaning against, and jogged toward her, grateful for Sami’s intel.

As he approached, he saw her head come up. She stared at him, stopped dead. Turned around the other way and ran.

“Please, Mia. I want to talk to you. It’s not like you gave me any other option,” he said, but didn’t chase after her.

She stopped, her back stiff. Encouraged, Blue took a couple more steps toward her. He moved warily, remembering her bashing Danny with that flashlight. True, she wasn’t carrying anything, but for all he knew she was a black belt. 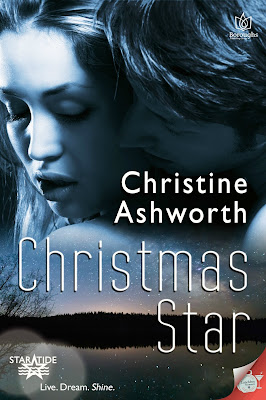 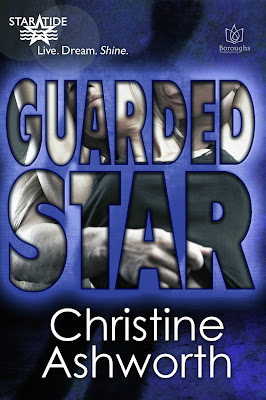 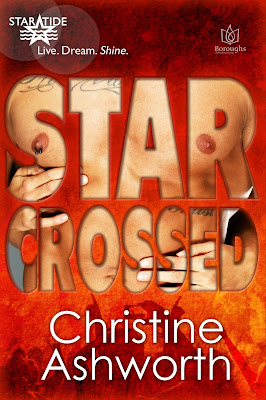 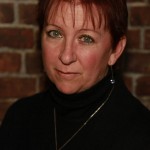 Christine Ashworth grew up listening to the sound of her father’s manual typewriter as he wrote and sold over 300 novels. Now, to her delight, she’s the one writing novels.

Christine is a romantic from way back, having first picked up category romances at the age of twelve, then falling in love with bigger books when she swiped her mother’s copy of Rosemary Rogers’s Sweet Savage Love. She’s happily married to an actor/dancer/guitarist/hippy, has two sons, and tends her garden and her family in Southern California. You can read about her cooking, gardening, and wine picks at her website.