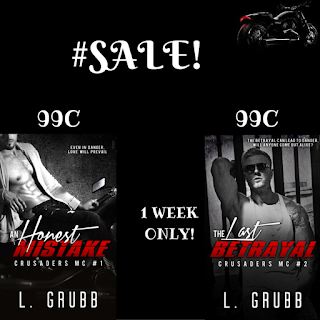 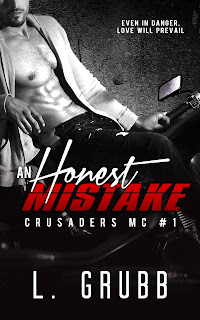 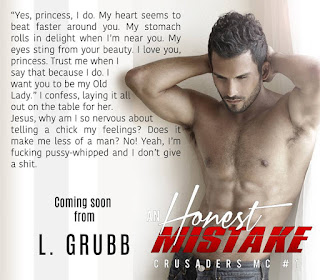 Ever since Alexis Newman was young, she knew her path in life, but to get to the top you have to start from the bottom. With no man in her life, she sets out with her best friend to dance her frustrations away.

Catching the eye of the crusaders MC resident assassin was definitely not in her life plans.

Cobra is not the type of alpha you read about, he's not romantic, he doesn't date, he doesn't care. His life is all about protecting his club, doing whatever necessary. That all changes when he spots her across the club. She sparks something in him. Ice cold Cobra starts wondering whether he can have a happily ever after but at what cost?

Setting his sight on love was not in his life plan.

With war brewing between the crusaders and their rivals, the hell riders, there is danger lurking around every corner. Will Cobra bring Alexis to the dark side? Or walk away forever?

Will Alexis give up her perfect life plan for an unknown future? 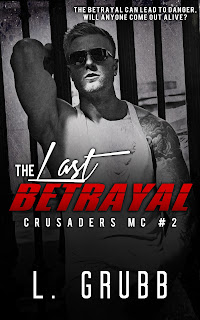 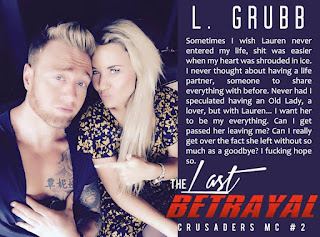 I was unglued. Completely unhinged to the point of flipping everyone off and saying fuck this shit, packing my stuff and riding across the country where no-one can find me.

My heart feels like it’s bleeding wrong, pumping blood in the wrong direction. Cracked and shattered, it would take a lifetime to repair.

I may have known Lauren just a few months but she flew in, wreaking havoc with her bubbly persona, latching onto me like I was her Goddamn lifeline.

It was all fucking crap. It was just a bit of fun for her, she told everyone, wasn’t ready to settle down with the white picket fence and 2.5 kids. Did I ask for that shit? Hell to the fucking no. Never once did I mention I wanted all that. I just wanted her, as she was, but mine; only mine.

She broke me. Big bad biker dude and she fucking broke me.

My name’s Champ and it’s my turn to fucking talk. 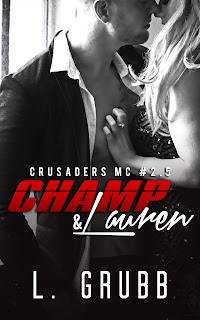 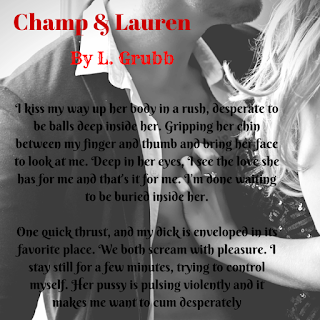 Lauren and Champ have a life set up, ready to settle down together as a unit. But with Christmas around the corner, and danger lurking in the background, will Christmas be one to celebrate? Or will heartbreak and despair take over?
A Mafia drug lord is making himself known to small MC club, LA Rebels. But with not enough man power to handle such a fuck up, will the Crusaders cruise in to save the day?
The turn of events isn’t what Lauren expected, she’s frustrated with lack of communication between her and her man, will she stay with Champ or will she finally give in and walk away? Will she be able to cope with the devastation that is upon them? 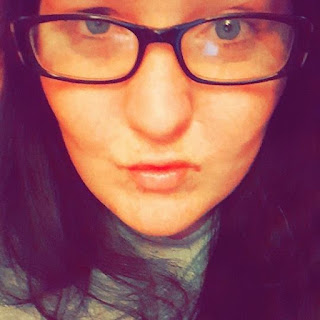 Lucii is a your typical British girl, hates the sun and hibernates when summer arrives! She lives at home with her 3 year old daughter, where they spend the day watching Frozen and playing playdoh.
She started off as a regular person, job, home life, health issues and a love of reading. After reading the Fifty shade phenomenon, she went onto social media to seek other authors writing the same or similar genres. She entered a world she didn’t know existed and went to open a successful blog.
Inspiring dreams took a back burner, while she learned the book community and met a bunch of amazing authors and readers alike.
A year later she decided to start writing, hoping against hope that her friends and fellow readers will like what she brings to the table.