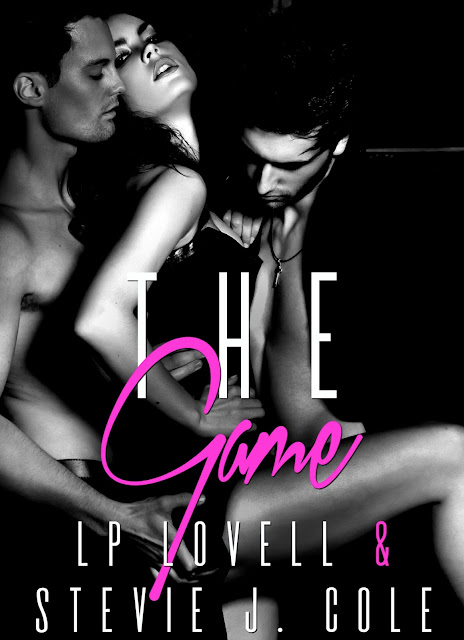 
What would you do for one million dollars? Or rather, what wouldn’t you do? Would you play a game?

No safe words. No questions. Complete submission. Are you game? 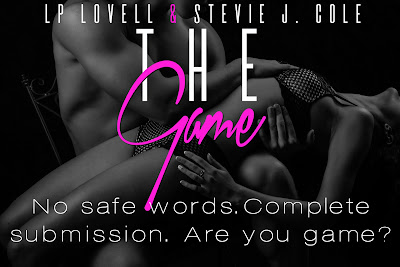 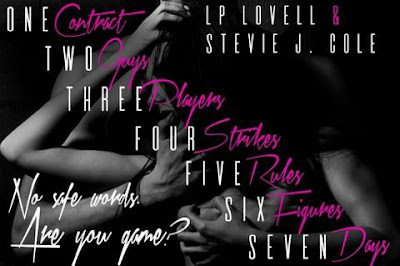 "It's a simple question, really,” Preston says. “What would you do for a million dollars?"
Tobias smirks. "Or better yet, what would you not do?"
Preston glances at Tobias, then back at me. "Would you kill someone?"
"No."
Tobias laughs, spreading his arms wide. "Would you submit yourself then? Mind." He leans forward, locking eyes with me. "Body. Soul."
I swallow. My heart hammers against my ribs. And I glance at the elevator, staring at the panel without buttons. “Submit…” I whisper, mentally acknowledging that I am trapped.
"Complete subservience." Preston says.
"Like a slave?" My skin crawls when I utter that word.
Tobias’s brow raises as he glances at Preston. "Slave rather implies doing something distasteful, doesn't it?"
A slow smile pulls at Preston's lips before he looks at me. "It does. Slavery is to be debased and degraded. Submission is to be protected." His eyes skate slowly over my body. "Coveted. Revered. Cherished."
These two men look like wolves, waiting, preying...and although my stomach is unsettled, the allure swarming around them is nearly undeniable. They are like the forbidden fruit. One bite may kill you, but how will you ever know until you taste it?
"Trust me, sweetheart, you'll like it...for the most part." Preston winks.
"I'm offering you one million dollars in exchange for one week of your time," Tobias says.
"No amount of money is worth my dignity." I go to stand, although I don’t know where I’ll go, but Tobias grabs my wrist, subtly shaking his head.
"Dignity?" he says, smirking. "And where exactly will your dignity be when you're living on the street?" My heart pounds unevenly in my chest. "We offer you a salvation not many are afforded. One million dollars for a mere seven days of your life."
His hand is still wrapped tightly around my wrist. I can't breathe. I can't move. His eyes have me pinned in place. Slowly, I sit back down.
"Sweet Ella," Preston murmurs, standing up and walking behind me. He places his hand on my shoulder, the heat of his palm searing through me, "We know you have no money. No prospects. You're about to lose your apartment..."
My heart sits in my throat in a pounding lump. I'm frozen with fear, and dare I say, curiosity.
"You have no family, no one to fall back on," Tobias adds.
"So tragic," Preston says, "what happened to your parents."
I shake my head, unable to form words. How do they know this? How do they know these details about my life when I know nothing about them? "I..." I grip the arms of the chair so hard, I fear my knuckles may split.
"No boyfriend. No job," Tobias says, inspecting the cuff of his jacket as though the entire notion of my pitiful existence bores him. "You've got nothing." His eyes flick to mine, imprisoning me in their green depths. "But you are very beautiful."

Lauren Lovell is an indie author from England.

She suffers from a total lack of brain to mouth filter and is the friend you have to explain before you introduce her to anyone, and apologise for afterwards.

Lauren is a self-confessed shameless pervert, who may be suffering from slight peen envy.

LP loves to hear from readers so please get in touch.

Stevie J. Cole lives deep in the woods of Alabama with her husband and two precious daughters. She studied Epidemiology concentrating on cancer research but has always had a passion for writing. Some of her stories will strip you bare, some will give you nightmares, but the one thing she can promise is that she will always give you stories that make you feel.

Raw. Gritty. Love.
Because sometimes characters need to be flawed.

P.S. Stevie's greatest fear is the impending zombie apocalypse. Think about it: swarming armies of decaying, oozing corpses stumbling around with clicking teeth, trying to eat your face. Nothing about that is good. NOTHING!

Posted by Margay Leah Justice at 10:17 AM