It’s been twelve years since I’ve seen him, but loathing Emmett Hoult still runs in my blood. Thanks to the hell he wreaked on my teenaged life, I’ve avoided the prick like the plague. But desperate times call for desperate measures, and after a fire destroys my apartment during the most important week of my life, I’m suddenly as desperate as they come.

It’s his summer home. His family said he wouldn’t be around. They said I’d never run into him.

But oh, did I run into Emmett Hoult.

And in the worst way possible.

I didn’t expect to see her ever again, let alone the way I did.

But now that she’s back in my life, I’m not screwing things up. She still hates me – I know that – but it won’t stop me from chasing the only two goals I’ve made for this summer:

And making her mine. 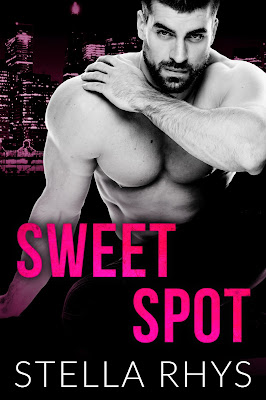 Stella Rhys is an author of contemporary romance and can't help but write it hot, steamy and borderline filthy (just kidding, it's just flat-out filthy). Writing aside, she lives for coffee, the Knicks, the Yankees and cooking recipes way out of her league. She was born and raised in New York and now lives there with her husband and charmingly entitled fur babies.

a Rafflecopter giveaway
Posted by Margay Leah Justice at 9:31 AM