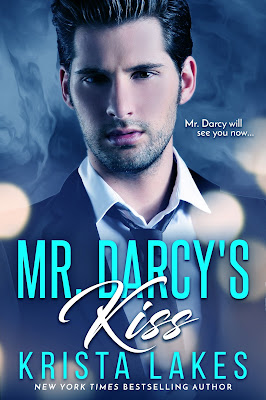 Elizabeth Bennett has never appreciated any of these traits in a man. So when Mr. Darcy, billionaire British playboy and GQ's Bachelor of the Year, meets her at a function, she's surprised at how attracted she is to him.

That is until he puts his foot in his big, arrogant mouth.

The slap that she gave him got her thrown out of the biggest fundraiser of the year, but the mark she left on Mr. Darcy won't leave his mind.

The second time that they meet "on accident", he turns up the arrogance even more.

The third time, he tries flowers.

By the fourth time, he's wearing a cup to protect himself.

Mr. Darcy is the last man in the world that Elizabeth could ever be with. However, love makes fools of us all, and the one man that she can't stand is the one man she can't resist.

Can Mr. Darcy's kiss win over the heart of Elizabeth Bennett? 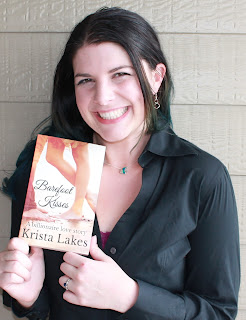 New York Times and USA Today Bestseller Krista Lakes is a thirtysomething who recently rediscovered her passion for writing. She is living happily ever after with her Prince Charming. Her first kid just started preschool and she is happy to welcome her second child into her life, continuing her "Happily Ever After"!

Posted by Margay Leah Justice at 9:13 AM