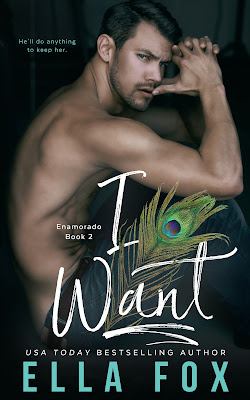 Billionaire businessman Alejandro Cruz detests the dating process and is perfectly content to stay single. But that all changes the moment the quirky house sitter from next door falls into his arms, and his immediate instinct is to hold on tight and never let go. California girl Kaya Porter has a "just say no" approach to dating. No matter how sexy and irresistible Alejandro is, she vows not to fall for him. Alejandro has other plans. This sexy Spaniard knows what he wants, and there's nothing he won't do to make Kaya realize that they belong together. Will Alejandro get the girl or will he be left wanting more than Kaya is willing to give?

I Want is book two of the Enamorado (In Love) series. Each book will feature one of the Cruz brothers and can be read as a standalone. 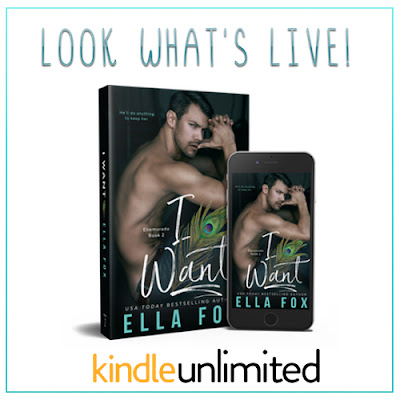 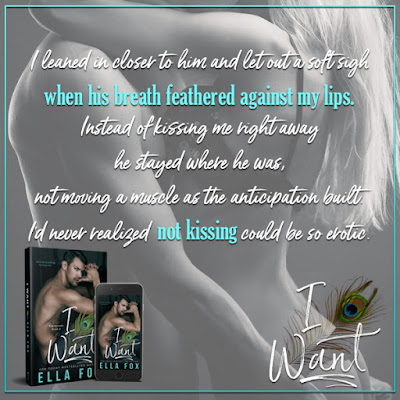 
“Climb gates around here often?” he asked, no censure in his voice. I realized he spoke English as fluently as he spoke Spanish.

He was clad in navy basketball shorts, a pair of Nike running shoes and he was just sweaty enough for me to realize he’d likely been working out. I swear I was hypnotized by all of his exposed skin, so much so that I could just about remember my own name at that moment. I’d have blamed the fall for my dazed and confused frame of mind but that wasn’t it at all. It was purely because of him—the sexy Spanish-speaking god who’d saved me from certain harm. My eyes trailed along his muscular but lean body hungrily as I catalogued just how ridiculously gorgeous he was. I was hypnotized by his six-pack and the set of V-cut muscles I had an insane urge to trail my fingers over.

I’d have kept right on staring had he not cleared his throat. I cringed as I came back to reality and realized he’d asked a question I hadn’t retained.

“I was asking if you’re a professional gate climber,” he said huskily.

“She’s really fine after a fall from that height?” the officer asked as he came through the gate.

“She never hit the ground,” my savior said, “since I caught her.”

The cop looked almost as impressed as I felt. I’d have heaped praised onto the stranger who saved me had I not remembered that I needed to be focused on a more pressing concern.

The officer pinned me with a look that left no doubt that he was in charge. “Miss, please remain silent while I work out what’s going on here.”

I pursed my lips and tried to contain my annoyance. I knew he was just doing his job but all I cared about was finding Elvis.

The officer turned back to the Spanish model—I naturally assumed he modeled because he looked like he belonged in sensual looking black and white ads for men’s cologne. You know the kind of ads I’m talking about, right? There’s always a sexy guy giving you the let’s have all the sex look with a set of eyes that are clearly attempting to hypnotize you into buying something.

He was at least six feet tall and had a head full of thick, dark hair. His face was perfectly proportioned from forehead to chin, and I could find nothing that didn't appear to be symmetrical. He had a ridiculously sexy closely trimmed beard that I wanted to trace with my fingers and his jaw was the sexiest thing I’d ever seen. I turned crimson when my eyes trailed up and met his and I realized he was observing me—which meant he knew I’d been staring at him. Again.

I bit my lip and tried not to blush as I blinked like an idiot. I was relieved to have a reason to look to the police officer when he cleared his throat to get our attention. “Are you the one who called about the disturbance down the side of the house?” he asked.

I couldn’t resist the urge to let my eyes wander back to the Spanish god. I knew just enough Spanish to determine that if his looks were rated on the salsa scale he’d be called el más caliente.

His eyes were on me as he answered the cop. “My brother called, yes.”

Even his name was sexy. My skin felt hot and prickly under his gaze. Anxious for a reprieve, I looked back to the officer.

The cop nodded as he took note of it on his pad. “And your brother's name?”

“And you?” the cop asked with a head nod toward me.

“Can you spell that?”

“That’s a weird name,” the officer said as he wrote it down.

I wasn't sure if he was being rude or not so I shrugged and said nothing. Alejandro growled something under his breath that I couldn’t understand. A shiver went down my back at the way the words rolled off his tongue. His Spanish accent fascinated me. I’d never been one to care one way or the other about a man’s voice, but his did things to me. I wondered if audio erotica was a thing. If it were, I would pay a subscription fee to hear him talk all day.

“So were you trying to escape or get in?” the officer asked, ruining my good fantasy about an Alejandro Cruz dirty talk subscription service.

“I was trying to get in,” I answered stiffly, annoyed that the officer had already forgotten everything I’d said, “I told you—”

“No, no, she is not the disturbance,” Alejandro interjected. “My brother thought someone was trying to steal God only knows what from the exterior of the house. He was asleep and heard something outside his bedroom window and panicked. He shouldn’t have called the police—it’s animal control that we need. Some dickhead bird went through the trash that my brother forgot to secure and he’s been leading him on one hell of a chase around the yard.”

My eyes narrowed and my hands went to my hips as I stared down the model. “Don’t talk about my little buddy like that,” I snapped. 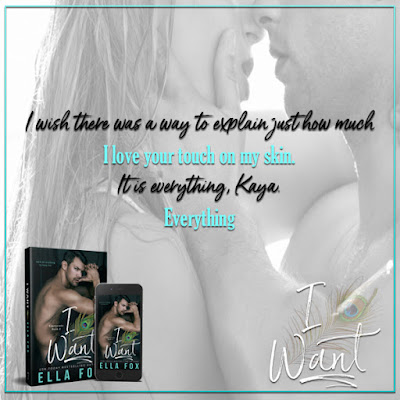 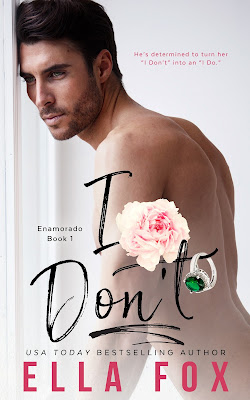 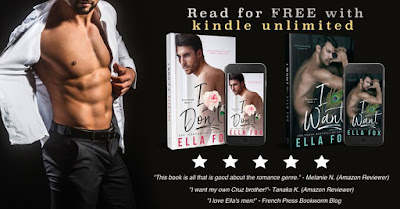 Ella Fox is the USA Today Bestselling Author of The Hart Family Series, Consequences of Deception, The Catch Series and The Renegade Series. When she’s not writing, Ella indulges the gypsy in her blood and travels the country. Ella loves reading, movies, music, buying make-up, reading Tmz, Twitter and pedicures… not necessarily in that order. She has a wild sense of humor and loves to laugh. Her favorite thing in the world is hanging out with her family and watching comedy movies.

Email ThisBlogThis!Share to TwitterShare to FacebookShare to Pinterest
Labels: Ella Fox, GIVE ME BOOKS, I Want, Release Boost