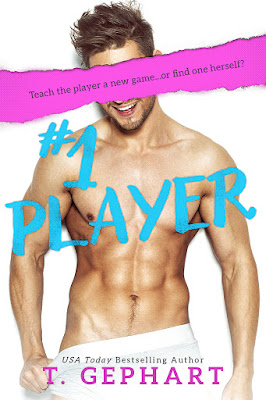 
Lila Callan had an unconventional upbringing—unavoidable when your mother owns a brothel. But while she’d inherited some of her parents’ ‘wacky and offbeat’, she was also strong, independent and incredibly intelligent. The fact she was tall, beautiful and blond was a bonus she never really cared to exploit. She wasn’t uptight; it’s just that long term was more her thing, with zero interest in one-night stands.

Until she met Ryan York and then she isn’t so sure.

Blindingly good looking.
Insane body.
Infectious sense of humor.
And charm for days.
Ryan York was movie star material.
Except that he wasn’t.

He’d turned his back on the idea of hitting the big time, more content with being Eric Larsson’s—his best friend who was a movie star—right-hand man. Despite his laid-back persona, he was a guy who could get stuff done. And women lined up to be done by Ryan. He did not have a problem with that. Not. At. All.

Except his magical panty dropping powers didn’t seem to extend to the lovely Lila. And she wasn’t sure if she was going to teach the #1 player a new game, or find one herself.

One way or another, they were both getting naked.

Add to your TBR: http://bit.ly/2wQucmW

I hated early mornings.
The darkness outside, the puff of visible breath that expelled from my lungs every time I opened my mouth—it was like starring in my own horror movie. My lack of sleep, contributing to the carnage.
And let’s not even talk about what obscene hour I had to wake up so I could shower and make myself look human. There was no way was I stepping off the plane in a pair of yoga pants and a messy hair bun when Ryan freaking York would be on the other side of the journey. But even though my pulse spiked and my nether regions clenched just at the mention of his name, turning into a Disney caricature, whistling happy tunes about catching the early worm or some shit wasn’t happening. There was only so much joy I was capable of before ten a.m. and I was currently maxed out.
The minute I’d arrived, I immediately regretted my outfit choice. The leather jacket, knee-high boots and dress I’d worn when I’d left my apartment had been perfect for a fall New York morning. But in California, I was roasting alive as I wrestled my way through the airport to the meeting point.
“Hey, princess.” Ryan slipped his shades down the bridge of his nose, peeking over the lenses as the rumble made its way up his throat. “I heard you’re looking for a ride.”
Oh. Help. Me. Jesus.
Every single muscle in my body seized at the sound of his voice, my legs freezing in place as my eyes ran up and down the length of his body. He was gorgeous, smoldering in a pair of faded jeans and a T-shirt that hugged every curve of his abs like my tongue was aching to do.
His eyes were on me, doing a survey of their own, as a sexy smirk played on his lips. And while my brain knew flirting was his baseline, my hormones ignored that detail, my girlie bits salivating more than one of Pavlov’s dogs. 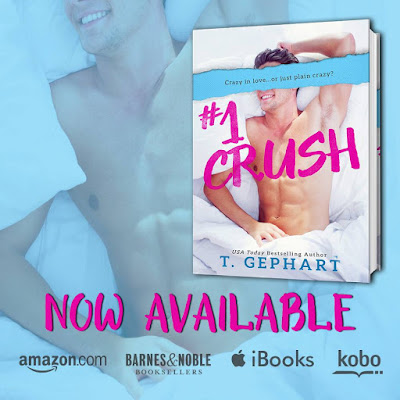 T Gephart is an indie author from Melbourne, Australia.


T’s approach to life has been somewhat unconventional. Rather than going to University, she jumped on a plane to Los Angeles, USA in search of adventure. While this first trip left her somewhat underwhelmed and largely depleted of funds it fueled her appetite for travel and life experience.


With a rather eclectic resume, which reads more like the fiction she writes than an actual employment history, T struggled to find her niche in the world.


While on a subsequent trip the United States in 1999, T met and married her husband. Their whirlwind courtship and interesting impromptu convenience store wedding set the tone for their life together, which is anything but ordinary. They have lived in Louisiana, Guam and Australia and have travelled extensively throughout the US. T has two beautiful young children and one four legged child, Woodley the wonder dog.


An avid reader, T became increasingly frustrated by the lack of strong female characters in the books she was reading. She wanted to read about a woman she could identify with, someone strong, independent and confident who didn’t lack femininity. Out of this need, she decided to pen her first book, A Twist of Fate. She enjoyed the process so much that when it was over she couldn’t let it go.
T loves to travel, laugh and surround herself with colourful characters. This inevitably spills into her writing and makes for an interesting journey – she is well and truly enjoying the ride!
Based on her life experiences, T has plenty of material for her books and has a wealth of ideas to keep you all enthralled.

Posted by Margay Leah Justice at 8:37 AM