Gorgeous, narcissistic Lance Packhard—a sex therapist specializing in helping anorgasmic women—is writing a revolutionary book entitled Sexual Secrets of a Sexual Surrogate.
When a ruthless mother offers him an enormous sum to impregnate her daughter, Millicent Deafly, a debt-ridden Lance hesitantly agrees.
Millicent, however, isn’t into sex. She’s carefree, joyfully voluptuous, and dedicated to her palate. Lance will only get her attention if he dabs soy sauce on his pulse points.
To get close to her, a determined Lance takes a job at Millicent’s dinner club, Guilty Pleasures, as an assistant to her irascible and eccentric chef, Serge Moreno.
But for Lance, nothing goes according to plan. He’s not only failing to seduce Millie, he’s falling madly in love with her.
Lance’s life becomes next to impossible when his best friend, George, gets married and wants to hold the reception at Guilty Pleasures. Will the truth be uncovered?

Manuela Cardiga was born in Mozambique and raised in South Africa where she studied fashion design. She moved to Europe where she worked as a fashion designer, then moved to the crazy world of advertising as a graphic designer and copywriter. Manuela is a designer by profession, a cook by vocation, and a writer by compulsion. She currently resides in Lisbon, Portugal where she writes contemporary and historical fiction, designs book covers, illustrates children’s books, and mothers a gorgeous daughter while juggling a day job. She also dabbles enthusiastically in exotic, experimental cuisine, much to the discomfort of family and friends.

At last, we have that absolute rarity: a titillating novel which is multi-layered, intelligently written and very, very funny.
Manuela Cardiga allows us to ride alongside Lance Packhard as he sets out on a cynical mission involving seduction and finds himself seduced by life itself. To say more would be unfair as watching this growth provides much of the entertainment.
All the characters are strongly drawn. There is Millicent Deafly, a single woman of quiet strength, who has channelled her creativity and skills into producing feasts of almost carnal delight. There is Serge Moreno, a physically stunted man who has survived every misfortune (sexual and social) that can be imagined and by embracing these has turned them into empathy and wisdom. There is Millicent’s unappreciative mother, narrow- minded and set in her ways, and many grateful clients who are defined by their guilty pleasures.
Manuela Cardiga is obviously a lover of classical as well as modern fiction, as the pages of Guilty Pleasures frequently contain wholly appropriate and delightfully witty references which like-minded souls will enjoy. This is not to say that her work is in any way pretentious or difficult to read. Her prose is crisp and her novel will keep her readers up late to complete “just one more chapter”.
Obviously the erotic content will attract discussion, and it is here that the novel becomes exceptional. Yes, it is explicit, but in a way which never cheapens the sexual aspect. It celebrates what the act of lovemaking can become, given mutual respect and tenderness. It is an important part of the novel, as it is in life, and it becomes part of a rich tableau painted by an author whose sense of humour is perfectly balanced by her sense of what is noble.
On a similar note, most chapters begin with a few words of advice for aspiring suitors. Yes, they are amusing, but their truth will, I suspect, result in many copies being given by women to their partners in the hopes that good sense will strike a chord and their love lives will soar.
One cannot end a review of Guilty Pleasures without mentioning the other delight which parallels the sexual ones. The joy of food permeates every aspect of the novel. It is decadent, delightful and completely indulgent. It goes beyond the alleviation of hunger and feeds the spirit. It provides, for a night, what is forbidden. It creates memories and promises, and even helps heal loneliness and loss.
I am assuming that the establishment known as Guilty Pleasures does not yet exist. Will someone with a lot of money and a desire to make the world a better place, please open it.
Guilty Pleasures is a novel that works on all levels and is hugely entertaining – a breath of fresh air in a field where novelty is becoming increasingly rare.
J. McKenzie

Debut author, Manuela Cardiga, arouses all senses in her stunning novel of  epicurean and sexual pleasures.

Her main protagonists are wonderfully flawed, yet at heart, both as courageous and romantic as long forgotten princesses and knights in shining armor.

Beautifully written, in at times Victorian-like prose, Guilty Pleasures is a must read and will surely satisfy most readers' hedonistic side.
Elana Sabharwal ~ Author of "Delhi Deception" 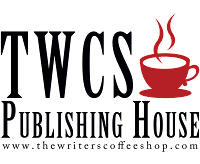