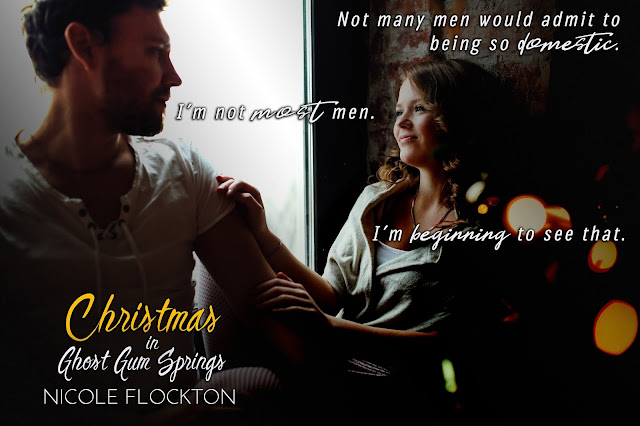 Diana walked into the pub and halted mid-stride. ‘Oh my God, it looks like Santa vomited in here.’
The only other place she’d seen so many Christmas decorations was in the Christmas Shop in the town over from the one she’d grown up in and had worked in until recently. Every viable surface in the main room was covered with garland. There wasn’t just one tree in the space, but three.
Three.
Who put three Christmas trees in a bar?
‘Santa didn’t vomit, Santa moved his entire workshop to rural Australia. He should’ve stayed in the North Pole.’
Diana had to squint to see who’d spoken. She spotted an older man sitting at the shiny wood bar.
‘Oh, quit it, Fred, you know you like it,’ said Connor as he walked in rolling her suit case and holding one of the boxes she’d seen in the trunk of his car
‘Tell me that box doesn’t hold more decorations?’ The man Connor called Fred grumbled.
Diana wandered over to where Fred sat and plonked herself down on the stool next to him. ‘There’s a whole trunk load of boxes.’
‘Smithy’d pitch a fit if he saw what Connor was doing to his pub. Christmas decorations don’t belong in a fine drinking establishment as this one.’
‘I tried my best to dent as many boxes as I could,’ she commented as she looked around the fine establishment. Beneath all the greenery and shiny baubles the interior of the pub looked similar to the bars she’d visited her first year of college.
‘Fred Gates,’ he held out his hand toward Diana and she took it, giving it a brief shake. ‘What’s a pretty lady like you doing with Santa’s elf?’
‘Diana Jenkins. I think I’m being punished by the big red guy for being naughty throughout the year.’
Fred roared with laughter and slapped his hand on the bar. ‘I like you. How long ya staying?’
‘Just long enough to call the rental company and tell them to come rescue me.’ She leaned closer to Fred, enjoying having a fellow Scrooge to grumble with. ‘Do you think if I tell them I’ve been kidnapped by Santa’s Elf, they’d come get me quicker?’

www.morethanwordspromotions.com
Posted by Margay Leah Justice at 11:05 AM