Cover Reveal and Giveaway: Freddie (The Essiens #6) by Kiru Taye 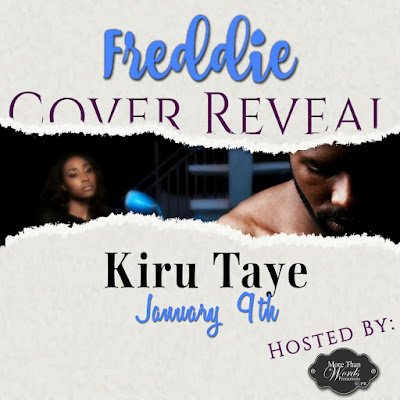 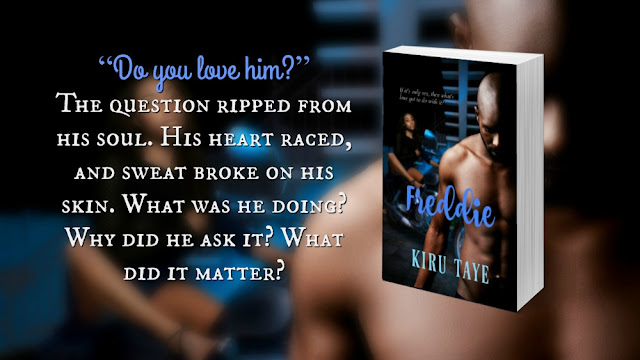 “Kike, wait.”
She didn’t.
He blocked her path.
“Move out of my way,” her voice came out halting, and her head bowed. She swiped a hand across her cheeks.
Was she crying?
“Kike, please. Look at me.”
She sucked in a deep breath and lifted her head. Beautiful long dark lashes and black kohl framed almond-shaped eyes tinged with red.
Shit. She’d been crying.
He settled his hands on her shoulders.
“I’m sorry.” He didn’t know what he was apologising for, except that something told him he’d upset her.
“Why the hell are you sorry?”
He shrugged. “I don’t like to see you upset.”
“It’s nothing for you to worry about. I shouldn’t have come here. It was a mistake.”
“No. It wasn’t. You want to be here, and I want you to be here.” What was he saying? Her coming here wasn’t a good thing unless she’d come to speak to him about the security job. But the look in her eyes told him that wasn’t the reason she’d come.
“No, you don’t. You have a girlfriend. She’s upstairs waiting for you.” She gave a heavy sigh as her shoulders slumped.
A twist in his gut indicated he needed to correct her assumption. It shouldn’t matter in the scheme of things. He wanted her to know the truth about him. “Bukky is not my girlfriend.”
Her eyes went wide. Then they flashed fury as her hands balled into fists. “Don’t you dare lie to me.”
She raised her arms, shaking his hands off her shoulders. “I caught you with her, remember?”
He raised his palms to placate her. “Hey, listen to me. Yes, Bukky and I fuck each other. But she’s not my girlfriend. Come upstairs. I’ll send her home.”