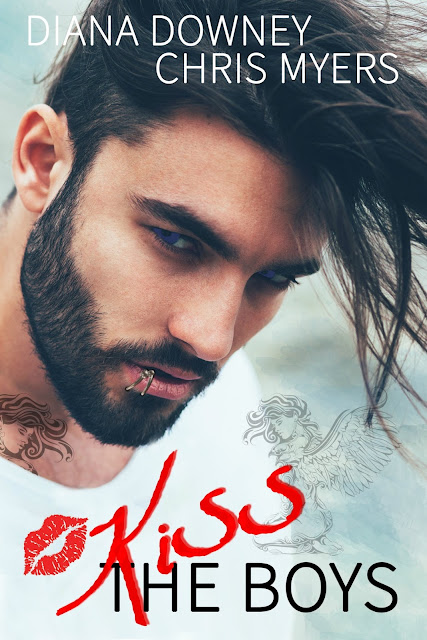 Three estranged brothers.
One runaway girl.
Whom will she choose?
Whom can she not say no to?
Whom will she hurt?
When will her past catch up to her?

Sweet and sexy Noah soars as Spartans’ basketball shooting star. Overly protective, bad boy Nathan has beaten the devil and believes he’s invincible. And angry and bitter Jake cannot move past losing his unit in Afghanistan. After suffering personal tragedies, the three brothers barely speak to one another.

When she runs away from her abusive foster home and notorious past, she crash-lands into Noah’s arms. She should feel safe with him, but she is attracted to guys more broken than she. And his brooding brothers Nathan and Jake wait patiently to catch her when she falls. Her relationship with each jeopardizes the precarious balance of their troubled family, and she will either mend their wounds or break their hearts.

Kiss the Boys is psychological romantic suspense, containing explicit sex and covering dark subject matter. This is the second book in the Lost Girls Collection. The first book is Blackout (steamy psychological thriller) by Chris Myers. Each of these books is a standalone. 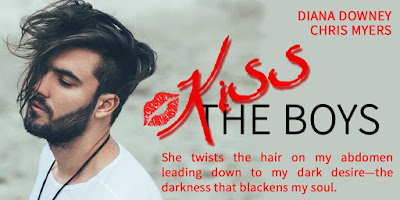 Everything is bitter, the cold outside, the taste of blood in my mouth, and the sting of his belt. My foster father screams at me as he chases me out the door and through the blinding snow. The dark night doesn’t hide my tears for my ex-boyfriend Ashe lying cold and stiff on the concrete of an abandoned building where I left him alone.

I still can’t believe I just left him, but what was I supposed to do? The police would somehow blame me for Ashe’s death. I’ve already had a few scrapes with the law stealing food for me and my half-starved foster sister Mia. She’s only six, but so far, Schafe hasn’t laid a hand on her or the others, just me. The other foster kids fend for themselves and stay out of his way. I'm the only dumb one who provokes him. I can’t help it. He’s an asshole, and I’ll be damned if I’ll continuously allow him to treat me like shit.

That same look of loneliness and pain open up to me. She blinks a few times and lures me into her with her expectant gaze. Her pull on me is strong. I close my eyes to resist, but her feminine scent overpowers me.

When I open my eyes, she chews on her lower lip, waiting on me to do something. I’ve been attracted to angels before but not like this. Ever since I first laid eyes on her, I haven’t really stopped thinking about River. My mind has worked over every word, every breath, and every curve of her body, committing them to memory. Last night, I used my hands to feel and carve her depth and shape her tragic beauty into stone.

I use my knee to spread her legs, cloaked in black stockings, and slip between them. Her skirt hitches up, and I know she’s receptive to me, even though she wore the skirt for Noah. I don’t like that she did that for him. I cannot lose her, and I can’t even explain why.

I tilt her chin back to expose the soft, creamy flesh of her neck. Her breathing increases, and I descend to those succulent lips. My tongue dives into her mouth, and she flicks hers against mine.

She moans and returns my kiss, deep and filled with longing. God, I want her. No angel has ever come onto me this strong, and I’ve never been with any woman who is younger than me. I normally take my time, not only for me but mostly for them. 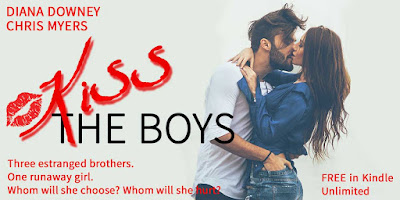 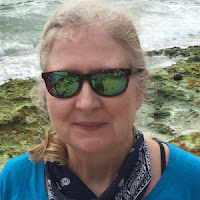 Diana loves steamy sex that sizzles off the page but also well-developed characters and a solid plot that keeps the readers guessing. Strong, masculine men with endearing qualities and motivated, determined women always get to her. Diana's work has earned several awards including first place Paul Gillette, Colorado Gold finalist, and two semi-finalists in the Amazon Breakthrough Novel Award.

Diana loves to travel and meet interesting people whose character traits often provide important fodder to her stories. She loves reading and the outdoors, either hiking among the aspens or relaxing on a remote beach with a good book.

Chris Myers spends most of her free time writing and dreaming up new characters who fight each other for page time or hiking and fishing in the beautiful Colorado mountains with her laptop or iPad. She doesn't travel far without either. She is an award-winning author of several published novels in the New Adult Contemporary Romance, Teen, and Thriller genres. Previous blog tours resulted in outstanding reviews. Chris's work has appeared in the NewsMag and has earned several awards including first place Paul Gillette, Colorado Gold finalist, and semi-finalist in the Amazon Breakthrough Novel Award. She has taught writing workshops for PPW and Delve Writing and was an adjunct professor at CSU.

Her Nerdy Bio: Chris earned a BS in Electrical Engineering and Masters in Engineering from USF with a minor in biology and chemistry with an emphasis in psychology and also attended Centre College in Kentucky. During her early years as an engineer, she designed INUs and PIGAs, yes rocket science, and later worked in cryptography and communications for NSA and other classified clients, but she often found her head in the clouds while taking literature and creative writing classes and dreaming of becoming a fulltime author.

Posted by Margay Leah Justice at 10:08 AM