Celebrate the release of Trophy Wife by Noelle Adams! 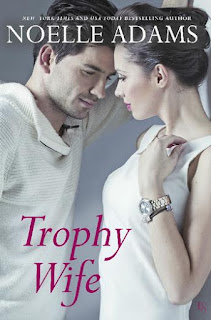 Noelle handwrote her first romance novel in a spiral-bound notebook when she was twelve, and she hasn’t stopped writing since. She has lived in eight different states and currently resides in Virginia, where she reads any book she can get her hands on and offers tribute to a very spoiled cocker spaniel.She loves travel, art, history, and ice cream. After spending far too many years of her life in graduate school, she has decided to reorient her priorities and focus on writing contemporary romances.If you'd like to contact Noelle, please contact her at noelle.s.adams@gmail.com. Or connect with her on Twitter, Facebook, and Goodreads.