Blog Tour: Pretty Is As Pretty Does by Debby Mayne 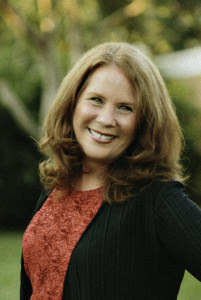 Debby Mayne has published more than 30 books and novellas, 400 print short stories and articles, more than 1,000 web articles, and a slew of devotions for women. She has also worked as managing editor of a national health magazine, product information writer for HSN, a creative writing instructor for Long Ridge Writers Group, and a copy editor and proofreader for several book publishers. For the past eight years, she has judged the Writers Digest Annual Competition, Short-Short Contest, and Self-Published Book Competition. Three of Debby’s books have been top ten favorites by the Heartsong Presents book club. Love Finds You in Treasure Island, Florida received 4-1/2 stars from Romantic Times Magazine, and was named a Top Pick for the month of July 2009.

Her latest book is Pretty Is As Pretty Does. 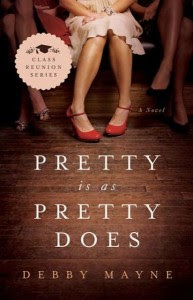 Priscilla Slater goes to her 10-year high school reunion as a successful business woman. Even though she got rid of her mousy brown hair, swapped out her discount store wardrobe for designer clothes, and now has perfectly straight teeth, she can't get past feeling like the ugly duckling. Her parents' disapproval for her choice of careers—running a chain of hair salons—deepens her self-doubt. She experiences self-discovery and learns that things aren't always as they seem.

During the reunion, one woman passes out after starving herself for the event. The class beauty queen appears to have more self-confidence than ever until her ex shows up with his new wife. The reunion organizer has taken her responsibilities to a whole new level that makes the Marines look like Boy Scouts, while her husband drinks too much and makes a fool of himself. The man she always dreamed about being with finally gives her some attention, but when she finds out more about him, she realizes he's not worth her time. These realizations boost her self-confidence, but now she has to deal with her best friend Tim's new feelings for her.

We are thrilled to announce
Piney Point High School’s
10 year reunion
on June 7, 2003, at 7:30 PM
in Piney Point High’s
Newly renovated gymnasium.
Attire: Sunday best
RSVP: Laura Moss 601-555-1515
PS: There will be a pre-party
At Shenanigans in Hattiesburg
Starting at about 5:00 PM.

Wow. Ten years. As I read my high school reunion invitation a second time, I can’t help but smile. Although I own one of the most successful businesses in my hometown of Piney Point, Mississippi, I’ve lost track of most of the people I graduated with.

Knowing the people I went to high school with, this is going to be one crazy event—that is, if everyone attends. I’m not surprised Laura added a pre-party to the invitation. Her husband has never attended any social event before pre-partying his face off—even in high school. Pete Moss graduated with the distinct honor of high school lush, and as far as I know, he continues to hold that honor, which is ironic since I don’t remember ever seeing Laura touching a drop of anything stronger than her mama’s two-day old sweet tea.

I pin the invitation to the bulletin board beside the fridge. And for extra measure, I jot the date on my calendar. In pencil, just in case . . . well, in case something comes up.

As I kick off my killer-high heels, I wonder if Maurice will be there. I sigh as I remember the guy who, in my mind, almost became my boyfriend. I used to stand in front of my bedroom mirror, practicing “looks.” I reflect back and realize things weren’t as they seemed, but I still wonder if he’ll see me differently now that I’ve made something of myself. Not that I’m trying to impress anyone.

And I sure haven’t impressed my parents. Quite the opposite. Still, I’ve taken a small-town beauty shop and turned it into a fabulous business—one of the most successful in Piney Point. And I’m not ready to stop there. I already have three shops—the original, which used to be called Dolly’s Cut ‘n Curl, one in Hattiesburg that formerly held the title Goldy’s Locks, and the salon where my current office is located in Jackson. In honor of the first, they are all called Prissy’s Cut ’n Curl, although I’m seriously considering changing the name to something a little trendier since I’m planning to expand. I mean, really, can you imagine anyone in New York City telling her friends she gets her hair done at the Cut ‘n Curl? Besides, I hate being called Prissy.

I’ll never forget Mother’s reaction when she found out I’d dropped out of my first semester of college and enrolled at the Pretty and Proud School of Cosmetology. You’d have thought I announced I wanted to pledge Phi Mu or something. No offense to anyone in Phi Mu. It’s just that Mother was a Chi Omega, and that makes me a legacy, which carries even more clout than being Miss Piney Point, something I never was. Mother would have had a fit if I’d even suggested entering a beauty contest. So when I met some of the Chi Omegas at Ole Miss, I was surprised by how many of them were beauty queens—something Mother never mentioned.

My parents are academics and they’re proud of it. Mother is a professor of English, and Dad is the head of the history department at the Piney Point Community College, but you’d think they were tenured professors at an Ivy League school the way they carry on.

I missed lunch today and my stomach’s grumbling. But when the noise turns to hissing, I relent and pull a Lean Cuisine from the freezer. I know how to cook, but it seems rather pointless to do that for one. I also know that one Lean Cuisine isn’t enough, so while it heats in the microwave, I grab a bag of salad and dump the contents into a bowl. Then I chop a tomato, grab a few olives, and pour a tablespoon of ranch dressing on top. I step back and study the salad before I squirt another tablespoon or two. The salad’s full of fiber and the Lean Cuisine is low-fat, so I figure that balances out the extra calories.

Just as I’m about to sit down and enjoy dinner, the phone rings. It has to be Mother, I think. She’s the only one who ever calls my house phone. I hesitate, but my daughterly duties overcome me. What if she needs something? I’d never be able to live with the guilt if I didn’t answer an important call from the woman who gave birth to me after twenty hours of labor—or so she tells folks when they ask why I’m an only child.

“Did you get your invitation yet?” she asks without letting me finish my hello. “Are you planning on going?”

Leave it to Mother to know about the reunion before me. “Yes . . . well, probably.”

“There’s really no point, Priscilla. After all, it’s all about showing off all your accomplishments, and it’s not like you’ve made all that much of your life.”

I bite my tongue, as I always have. I want to let Mother know how I really feel, but talking back has never gotten me anywhere with her, so I somehow manage to keep my yap shut. She takes that as encouragement to keep going.

“That silly-frilly little job of yours will get old one of these days, and then what will you do?”

Pretty Is As Pretty Does Tour Page:

http://www.pumpupyourbook.com/2013/06/24/virtual-book-tour-pretty-is-as-pretty-does-virtual-book-publicity-tour/
Posted by Margay Leah Justice at 8:08 AM

Email ThisBlogThis!Share to TwitterShare to FacebookShare to Pinterest
Labels: Blog Tour: Pretty Is As Pretty Does by Debby Mayne, Pump Up Your Book Promotions