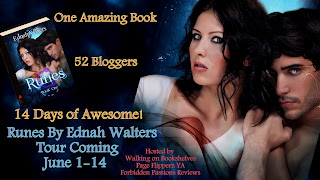 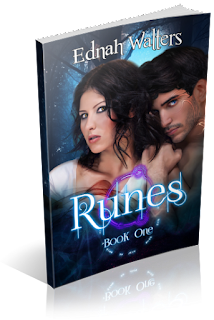 Seventeen-year-old Raine Cooper has enough on her plate dealing with her father s disappearance, her mother s erratic behavior and the possibility of her boyfriend relocating. The last thing she needs is Torin St. James a mysterious new neighbor with a wicked smile and uncanny way of reading her. Raine is drawn to Torin s dark sexiness against her better judgment, until he saves her life with weird marks and she realizes he is different. But by healing her, Torin changes something inside Raine. Now she can t stop thinking about him. Half the time, she s not sure whether to fall into his arms or run. Scared, she sets out to find out what Torin is. But the closer she gets to the truth the more she uncovers something sinister about him. What Torin is goes back to an ancient mythology and Raine is somehow part of it. Not only is she and her friends in danger, she must choose a side, but the wrong choice will cost Raine her life.

Ednah is the author of The Guardian Legacy series, a YA fantasy series about children of the fallen angels, who fight demons and protect mankind. AWAKENED, the prequel was released in September 2010 with rave reviews. BETRAYED, book one in the series was released by her new publisher Spencer Hill Press in June 2012 and HUNTED, the third installment, will be released April 2013. She s working on the next book in the series, FORGOTTEN. Ednah also writes New Adult paranormal romance. RUNES is the first book in her new series. She is presently working on book 2, IMMORTALS. Under the pseudonym E. B. Walters, Ednah writes contemporary romance. SLOW BURN, the first contemporary romance with suspense, was released in April 2011. It is the first book in the Fitzgerald family series. Since then she has published four more books in this series. She's presently working on book six. You can visit her on her websites, Facebook, twitter, ya-twitter, Google-plus, and RomanceBlog, YAblog.

Where to buy Runes:

“My husband stepped out for a moment,” she waved toward a mirror, “but he should be back any minute.”

I frowned. I’d never met her before yet I made her nervous. Or maybe it was something else. “Is everything okay, Mrs. Seville?”

“That won’t be necessary.” I gave the marbled grand foyer and its grand stairs a sweeping glance and tried not to wince. It was so sterile. Even the paintings on the walls and the sculptures displayed in niches belonged in a museum. Staying with them would be a nightmare. I liked to come and go as I pleased, and work on my bike without worrying about dirtying a place up. “I was told you’d provide me with lodging until I find a more suitable place.”

“You are free to stay here, of course,” the woman said, her eyes shifting to the mirror as though hoping her husband would return. “We also have a house for sale a few blocks from here. It is smaller and not furnished, but—”

“I’ll take it.” I turned on the charm, took her hand in mine and flashed a smile. The effect on her was immediate. She visibly relaxed. “Thank you.”

She smiled. “It’s an honor to help. The problem is my son has the keys to the house and he’s not home yet. He might be at his, uh, friend’s house.”

“Where does he live?”

“She,” Mrs. Seville corrected. “I’ll show you.” She pulled a runic blade from under her sleeve, walked to the floor to ceiling mirror and quickly sketched runes on its surface. The mirror shimmered and became grainy. It started to churn, the surface coiling like a snake. The portal took forever to form. Why anyone would choose to be merely an Immortal was beyond me. Their powers were limited, making them inept at performing runic magic. Even creating a portal was a Herculean task for most Immortals. Since I had no idea where we were headed and couldn’t speed things up, I kept my mouth shut and waited, until the coiling surface formed a tunnel. Through it, I saw an empty room on the other end.

As part of this tour, I was supposed to review the book, but I really don't think I could do it justice, as I was unable to finish it. Don't get me wrong, the first third of it was pretty exciting, things moved along at a great clip and I couldn't wait to read what would happen next. But then it just sort of stalled out for me. The characters seemed to be stuck in a holding pattern where they never really did anything and that's when I lost interest. So for me this was a dnf, but I encourage you to read it for yourself and be your own judge. 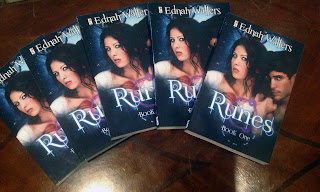 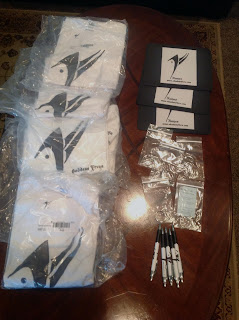 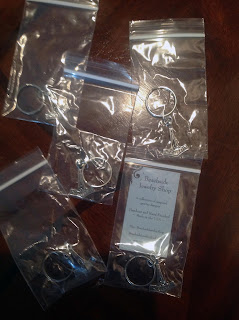 Posted by Margay Leah Justice at 10:52 AM