My writing process is still evolving but there are the things that have helped me write 2 novels – published, one first draft and one almost ready for publication novel in about four years.

I’m an outliner. Since I write genre books – romance and mystery, I find that an outline is invaluable, especially when you’re doing anything with a mystery. There’s nothing like writing 60,000 words and realizing that your mystery is either unsolvable or too easy to make you want to give up writing.  Even in romance, where you know the outcome – guy gets girl, an outline is still an important tool to keep you on track.  Since I’m a wife, mother and PTA volunteer I need to stay disciplined with my writing – if I actually going to finish a book I need to know where I’m going.  That’s not to say you can’t improvise, but an outline provides mile markers – and helps you keep your structure.

I do my background  research and write it down – I’ve read more than my fair share of writing advice books and they usually have a few good tips.  One of them suggested writing up detailed character sheets for your  main characters. Another one even suggested doing journal entries as your character. I do both, creating all the back story and biographical information for a character before I start writing.  For instance in Rough Harbor, my heroine loves chocolate – which gets mentioned, but you might not know she loves the movie Working Girl even if it’s “from before her time.”  I know this and it helps me write a more believable characters.

Use pictures – I am not a visual person, but I do cut out pictures of people to use a models for my characters. A lot of times I pick people from clothing catalogs or ads rather than celebrities but having a face to look out when describing my heroine helps keep me more specific.

Keep a book bible – especially if you think you might write a trilogy or a series, keep a list of all characters – first and last names, places, shop names, car makes and models with a brief descriptor in one central place.  If Darlene the waitress appears on page 10 and page 100, you don’t want to wonder if she had blue eyes and brown hair or brown eyes and blonde hair or if her name was really Deborah…

Are you a typer or a writer? Some people swear that writing long hand is the way to go. Other people love their keyboard. Figure out what makes you the most productive and creative. I have TERRIBLE handwriting so writing anything longhand would be a waste of time for me – I cannot read my own grocery lists half the time…I do however right out notes and ideas long hand as I find that better for my own creativity. And if the mere fact that finding time to sit in front of keyboard is keeping you from writing, than switch to long hand…you could be writing your novel while in the car pool lane at school…

Writing is About Bum Glue – I think Elizabeth George said it first. But if you want to write you have to write. So make time for writing. Pick the same time every day. Get up early, stay up late, do it right after the bus picks the kids up from school and before you attack the laundry. Set a word count or a minute count and write. Write to your outline and give yourself permission to write crap…just keep moving forward especially if your goal is to write a book.

Getting Ideas – this is perhaps the most personal aspect of the writing process but I keep an idea box – it’s literally a cardboard document box and when I read something interesting I tear it out of the magazine or paper and dump it into the box.  I will also print out interesting articles. In the digital age I suppose you can also bookmark stuff – I tend to email myself the link and then go back and print it.  Every once and awhile I go through the box.  I also jot down things that strike me -  I once saw a woman in white standing by the fence of a horse pasture. Something about the way she looked, the light at the time of day, all struck me, and I thought there’s a story there – I haven’t written it, but it’s in my file box…

After a bitter break up and professional set back in London, twenty seven year old Caitlyn has returned to Queensbay to work for Maxwell Randall, an old family friend, at his financial management firm.  So far, bit by bit, Caitlyn’s been rebuilding all she lost after Michael St. John broke her heart …and tried to ruin her professional reputation.

But her past comes back to haunt her when Maxwell unexpectedly turns up dead.  Not only does Caitlyn find her career in jeopardy but her heart is too, when Noah Randall, Maxwell’s son, and her first love, returns to Queensbay.  Once, ten years ago, Caitlyn was sure Noah was the one for her…but the tragedy of her grandfather’s suicide and Noah’s decision to leave town left her bereft…and determined never to trust him again.

Over the past decade, she’s managed to do her best to forget about Noah Randall and the lingering questions surrounding her grandfather’s suicide.  But now that’s he back in town – rich and more handsome than ever, and she can’t help wondering what if? What if Noah really was the one?

Noah Randall left home ten years ago to seek his fortune – vowing never to return until he’d made a success of himself – and show Caitlyn Montgomery just what she’d given up.  He returns to find that Caitlyn Montgomery has only grown more alluring with time. Noah’s always wanted he couldn’t have…and now he wants Caitlyn again.  But she’s determined not to make the same mistake twice.

While Noah and Caitlyn are revisiting old ground – and forging a new relationship, there’s trouble brewing in Queensbay.  Old secrets and new lead Caitlyn to believe that perhaps her grandfather didn’t kill himself – and that Maxwell’s death was no accident.  But just how far will someone go to keep her – and Noah – from finding out the truth…and will Queesbay prove to have troubled waters after all?


Noah leaned in closer, his lips hovering above hers, his arms moving around her, pulling her closer to him, so he could feel his body next to hers, feel the swell of her breasts, see every freckle on her nose.

“I have people for that,” he murmured, letting his lips feather across her. Her eyes opened wide, and he knew that she was feeling, that he had gotten to her.

“Noah…” It was more of a moan than a whisper.

“Shh, I know you’re not after my money. Just shut up and let me…”

Kiss you. And he did, their lips touching. Softly at first, so he could taste her, smell her perfume, something spicy, and her shampoo, something fruity. She moved in his arms – not away, but closer – and he took that for an invitation, an invitation that his attentions were wanted.

He deepened his kiss, letting his tongue explore, letting his hands slide from her shoulders down to the V of her neck, skimming lightly over her breasts, feeling the fabric of her bra, then the hard nub of her nipples which sprang to attention under his caress.

She moaned, answering his kiss, her hands running through his hair, pulling him towards her as their embrace deepened, grew more passionate, his hands roaming feeling, possessing her.

Until. “Stop, Noah, stop.” She broke free, her head moving away from him, her hands still twined in his hair. She lowered her eyes and leaned against his shoulders.

“What, what is it?” His voice was husky, raspy, and he could feel desire, the sheer wanting of her flowing through him, all the way through it. She felt it, too, and took a step back.

“Noah, you’re the boss. And we barely know each other. I mean now. I just can’t get involved right now.”

Hi, I’, Andrea Stein an author, mother, wife and blogger and a certified mom-chauffeur. I have been scribbling stories for as long as I can remember, including my first adventure story, inspired by an obsession with Out of Africa (book, movie and biography) about a young girl stranded in Kenya. It was serial fiction handwritten, given to my sister, who couldn’t read my handwriting. That story dies after one installment, but the next year I got a word processor (not a computer, but an ACTUAL WORD PROCESSOR) that showed about twenty lines of text at a time. This was before laptops were widely available and this allowed me to be able to type to my heart’s content in the privacy of my own room. Which I did. I think I spent the time writing stories about my “frenemies” to amuse myself. I also listened to a lot of the Cure and New Wave music. I have since moved on to a happier place.

Even though I read lots of different types of books, I write romance novels with a twist. More like contemporary romance than romantic suspense (I don’t write about serial killers or FBI agents) but I usually like to include a puzzle or mystery for my hero and heroine to solve.

Other than writing I spend most of my time reading, watching TV, cooking, cleaning, taking care of kids, trying to keep the house clean and folding laundry. I love Twizzlers, chocolate and shows on the WB. For me, reading has always been an escape, a way to escape the ordinary and dive into a world that feels real – but with all of the ‘boring’ parts edited out.

As for the rest of my life, I grew up on Long Island, spent a lot of vacations in small New England towns, went to college in New York City, married by high school sweetheart, worked, had kids, stopped working, and kept on writing. Now I live in rural New Jersey (yes, there is such a thing), and though I don’t own any horses, I do have a barn, which I share with squirrels.

There’s something successful writers always tell new writers about their secret to success. Just do it…Bum Glue…write 1,000 words a day…write for two hours a day….Keep writing. And they’re right. I got more successful with my writing when I started to do it consistently. I don’t write every day, but I shoot for five days a week. This means that the words and pages pile up — and I have stories to shape, make and mold…and share.

I hope you enjoy my books, currently available at www.amazon.com 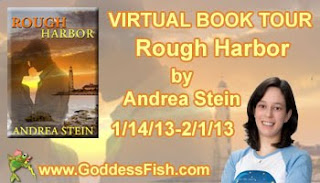 Posted by Margay Leah Justice at 6:27 AM