Update to Include Review: Excerpt Tour and Giveaway: ETERNAL by Cecy Robson

ETERNAL by Cecy Robson Review and Excerpt Tour!
We are excited to celebrate the release of Cecy Robson’s ETERNAL: A Carolina Beach Novel. Follow the tour for reviews, excerpts, and enter to win a $25 Amazon gift card and three runners-up will win a digital copy of book #1 in the series, INSEVERABLE.
ETERNAL: A Carolina Beach Novel by Cecy Robson, tells the story of what happens when all is lost and then you find the one. Neither Luci nor Landon planned on each other, and they definitely didn’t plan on love in this New Year’s Eve, one-night stand romance. Fans of FLIRTING WITH FIRE by Kate Meader and HOT SHOT by Kristen Callihan won’t be able to put down this emotional and heartfelt read. 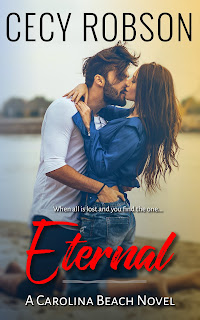 After months of bad luck and even worse men, Luciana Diaz just wants to crawl under the covers and forget the year ever happened. Her friend has other plans, convincing Luci to attend a New Year’s Eve party on the affluent shores of Kiawah Island.
Luci never expected to have fun. She also never expected to wake up next to a man she just met, or for this man to be the new attorney at her firm.
Landon Summers is done with drama. After an ugly separation and even worse divorce, he has no desire to jump into another relationship.
When his sister Trinity drags him to a New Year’s Eve party, he doesn’t plan to stay long. One drink, a few hellos, and he’s out. Until he meets Luci, the first person in months to draw his smile and incite his passion.
Neither Luci nor Landon planned on each other, and they definitely didn’t plan on love. But the New Year means a fresh start, and eternal possibilities neither could deny… 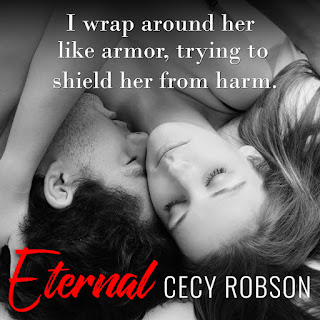 Banging from the kitchen has me turning in the direction of the wall oven. The brunette shoves the tin of crab cakes into the center, shiny with the sauce she basted them with.
No sooner than she sets the timer and takes off her oven mitt than Kirk Watson arrives. “Hey, sweet thing. How about you fix me a plate?”
How about I punch you in the head, Kirk?
I glare in his direction. She’s the only non-Caucasian woman in the immediate vicinity. I’m not trying to be a dick and assume he’s racist, I’ve just known him long enough to know that’s what he is. Not to mention, she’s in a cocktail dress or whatever the fuck, not dressed in a black shirt and pants like the caterers Becca hired.
Her small chin juts slightly forward. “I’m sorry, sir,” she says. “I don’t work here, I was just helping someone out.”
Kirk is already drunk and way past horny. He leans his arm against the overhead counter and gives her the kind of once-over that should send her to the nearest shower to wash his filth clean. “Then how about I buy you a drink?”
“It’s my understanding the drinks are free,” she tells him.
He sidesteps in front of her when she tries to walk away, blocking her. “Come on, sweetie. I’m just trying to be nice.”
I don’t think things through. I storm in from the opposite side and from one blink to the next, I’m suddenly there.
The brunette takes a step back and into me, my presence startling her and making her jump. “Back off, Kirk. She’s with me.”
Maybe I shouldn’t have said what I did, but Kirk’s the type who doesn’t know when to quit unless there’s a bigger man there to make him.
Tonight, that bigger man is me. He swipes his shaved head, offering me a slick smile that turns challenging real quick. “Is that right?”
“Damn straight.” I think the brunette looks up at me, but I’m too busy looking at Kirk. Yeah, he’s drunk, and ready to take a swing. The protective side of me kicks in. I grasp my supposed damsel in distress by the elbow and gently guide her behind me.
His gaze trails to her briefly before returning to me. “I thought you were hard up.”
“Nah,” I say, not wanting to give this idiot any amount of satisfaction. “Onto bigger and better as you can see.”
“Or tinier and cuter?” he offers.
“Watch your mouth,” I fire back, knowing he’s not complimenting her, but rather trying to rile me. “Like I said, she’s with me.”
I clench my fists, causing my knuckles to crack. I don’t think he hears the crunch, not over the music and escalating clamor of voices. He does see me, though. Whatever he catches in my hardening features is enough to make him back down. Smart man, at least when it comes to a fight. He knows I can take a hit, and give one a hell of a lot harder.
He grunts and slinks away, like he did me a favor by letting me off and not the other way around. I keep him in my sights. By the time he reaches the door leading out to the foyer, he perks up, likely having spotted the next woman he’ll approach.
I wait until he disappears into the next room before turning back to the brunette. “Ma’am,” I say, tilting my chin.
I mean to step away and back in the direction of my beer. One drink and out, right? Sounded good in theory except the moment I shift my weight to walk away, her smile holds me in place.
It’s not the kind of smile that promises anything close to what the bartender offered, nor is it teasing and daring like the half-dozen cheerleaders Becca introduced me to flashed. It simply is, fragile like the first snowflakes that fall in winter, and shy like a young woman at her first dance, hoping no one notices she’s not dressed like the rest.
I like what she’s wearing. She looks nice to look nice, not to impress or show off. And someone as pretty as her, well, she doesn’t need to be so shy.
Her lips are glazed in a soft pink like her dress, not overly done, just enough to give them a shine and glisten her light eyes. “Thank you,” she says, quietly. “For helping me out.”
“You’re welcome.”
I take a step in the direction of the bar, eyeing my beer like it’s waiting for me to return. But the step feels unusually heavy and I think my friend the beer can wait.
I turn slowly and offer this little thing with the pretty eyes and the soft smile my hand. It shouldn’t seem like such a big deal or much of an effort, but it’s a little of each. Maybe for both of us. “I’m Landon.”
She takes my hand. I watch it as it disappears within my grasp.
“Hi, Landon,” she replies quietly. “I’m Luci.” 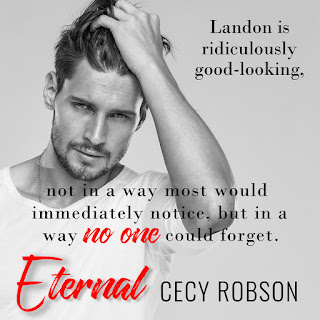 My Thoughts:
Although I liked  Landon and Luci and reading about how they got together, this book lacked a little spark. Sure, the sex scenes were hot and the premise intriguing, but the rest was kind of mundane. It just lacked that something, something that makes a story jump off the page and pull you through it by the throat until the last page. Still, it was interesting enough that I did commit to the end and not all books can say that. I think maybe what was lacking was the tension between the two. Once they got together - or back together, as the case may be - they just kind of floated along and areas that could have created tension and drama didn't. And with all that was going on in Luci's life, there was plenty of tension it just didn't really show. That being said, I did enjoy the book and look forward to the next one.


About Cecy Robson
CECY ROBSON is an author of contemporary romance, young adult adventure, and award-winning urban fantasy. A double RITA® 2016 finalist for Once Pure and Once Kissed, and a published author of more than eighteen titles, you can typically find her on her laptop writing her stories or stumbling blindly in search of caffeine. 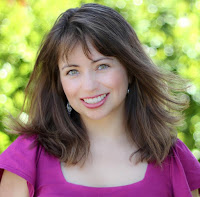