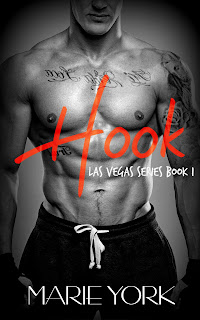 
Knox “Takedown” MacArthur was a good Southern boy until he moved to Vegas to pursue MMA fighting.
The cage, the victories, the money, changed him.
What little good is left hangs on by a thread.
But then he walks into a strip club and spots her…

Mila Greene was destined for great things, but then her parents died and she was left to care for her eleven year old sister.
Stripping was fast easy money and eventually she forgot about her dreams.
Keeping her sister from following in her footsteps is her only focus until he walks into her club…

When these two broken souls come together, fires will ignite. Will they be burned, or can they protect themselves from the heat?

Stories about MMA fighters are one of my favorites as they're a hotbed for tension and I just love the atmosphere surrounding them. And the fighters themselves are usually hot, hot, hot in so many ways! Knox certainly delivers on the hot factor and the sexy dirty talk, but that's really all this story has going for it. Mila was kind of annoying with her stance against Knox and what he was trying to do for her (yeah, we get it, you don't like owing people anything) and her wishy-washy attitude toward her sister. She took way too much of that girl's crap without comment and it really irritated me; she let her get away with far too much stuff due to their parents' passing - something she had no control over and couldn't change even if she wanted to - and I think that contributed to the girl's bratty attitude toward her. (I wanted to strangle the girl several times myself.) This made Mila come off as a real pushover and that only made things worse with the sister's attitude toward her.Aside from that, the story was pretty good with one huge twist at the end that sets it up for the next part. Not going to spoil that here - you'll have to read it for yourself to find out what happens. Ironically, that's when this story actually gets interesting. Up until then, it was slow and predictable and I kept wondering why I was still reading it, but when the twist happened, I finally sat up a little straighter and took interest. Of course that's when it ended! Might have to check out the next part. 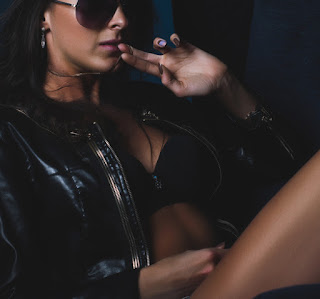 Marie York is an American writer who works the corporate circuit by day but come nightfall transforms into a steamy writer. She loves the city life and a good cocktail.