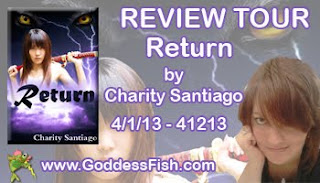 For the last three years, eighteen-year-old Ashlyn Li has been running from her destiny. A free-spirited ninja, Ashlyn would rather loot an abandoned city or challenge a fiend to battle than assume leadership of Toryn, her father's kingdom. However, when a series of attacks reunites Ashlyn with the friends who helped her save the sun three years ago, she discovers that her kingdom is at war and her father has presumed her dead.Suddenly Ashlyn is faced with not only fulfilling her birthright, but also making sense of her feelings towards two very different men- Drake Lockhart, the enigmatic vampire who captured her heart three years ago, and Vargo, the charismatic assassin who was once Ashlyn's sworn enemy.Will Ashlyn ascend the pagoda and become Lady of Toryn?

"I feel so heavy all the time," Ashlyn said. "It's like I can't breathe sometimes. Like I can't even move."

"Weight of the world," Skye replied. "It's a burden all leaders have to deal with."

"I'm not a natural-born leader."

"Leaders aren't born, Ash. They're made." He shook his head when she spoke again, stopping her mid-sentence with the gesture. "I wasn't a leader. I was just following Jax around, trying to help out where I could. And after he was…gone…I knew I had to step up because there was no one else.”

He stopped halfway across the bridge to the lab, and leaned against the railing, his expression grave. Ashlyn turned to face him and mimicked his relaxed pose, trying to look nonchalant.
Skye turned his face towards the rising sun, the first rays lighting his handsome features with a strange, tormented beauty. The illumination lasted for only a moment before clouds obscured the sunrise, and they were plunged into grayness again.

"The burden of saving the sun was bad enough," Skye said slowly, "but then to be pretending to be something I wasn't, constantly worried that people would find out I had no idea what I was doing…I almost snapped a couple of times. Stuck inside my mind and trapped by my own lies and insecurities. Tortured by my own failure."

Ashlyn stayed silent as it began to rain. Skye pushed away from the railing and started walking, and she followed quietly.

(Note: I was supposed to do a review of this book for the tour, but I just had a difficult time getting into the story. Instead, I will let the spotlight speak for itself.) 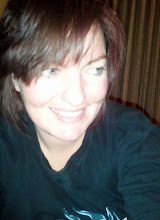 In February 2011, Charity Santiago's 7-month old son was admitted to the hospital with severe respiratory issues. While Charity stayed at his bedside, she kept them both entertained by downloading several books on her new Kindle and reading them out loud. It was during this time that Charity learned about Kindle's self-publishing program, and realized that she had an opportunity to share her writings with the world.

Charity is a native of southeastern Arizona, and a writer since childhood. She wrote her first manuscript, Guinea Pig Code!, at age nine. When she’s not writing books, Charity spends her time wrangling children, watching Sylvester Stallone movies and pursuing a degree in Education.

Book can be purchased at:

Posted by Margay Leah Justice at 8:24 AM