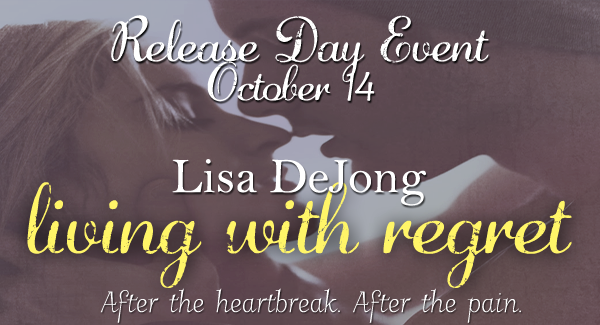 We're celebrating the release of Living With Regret by Lisa De Jong! Check out the excerpt below! 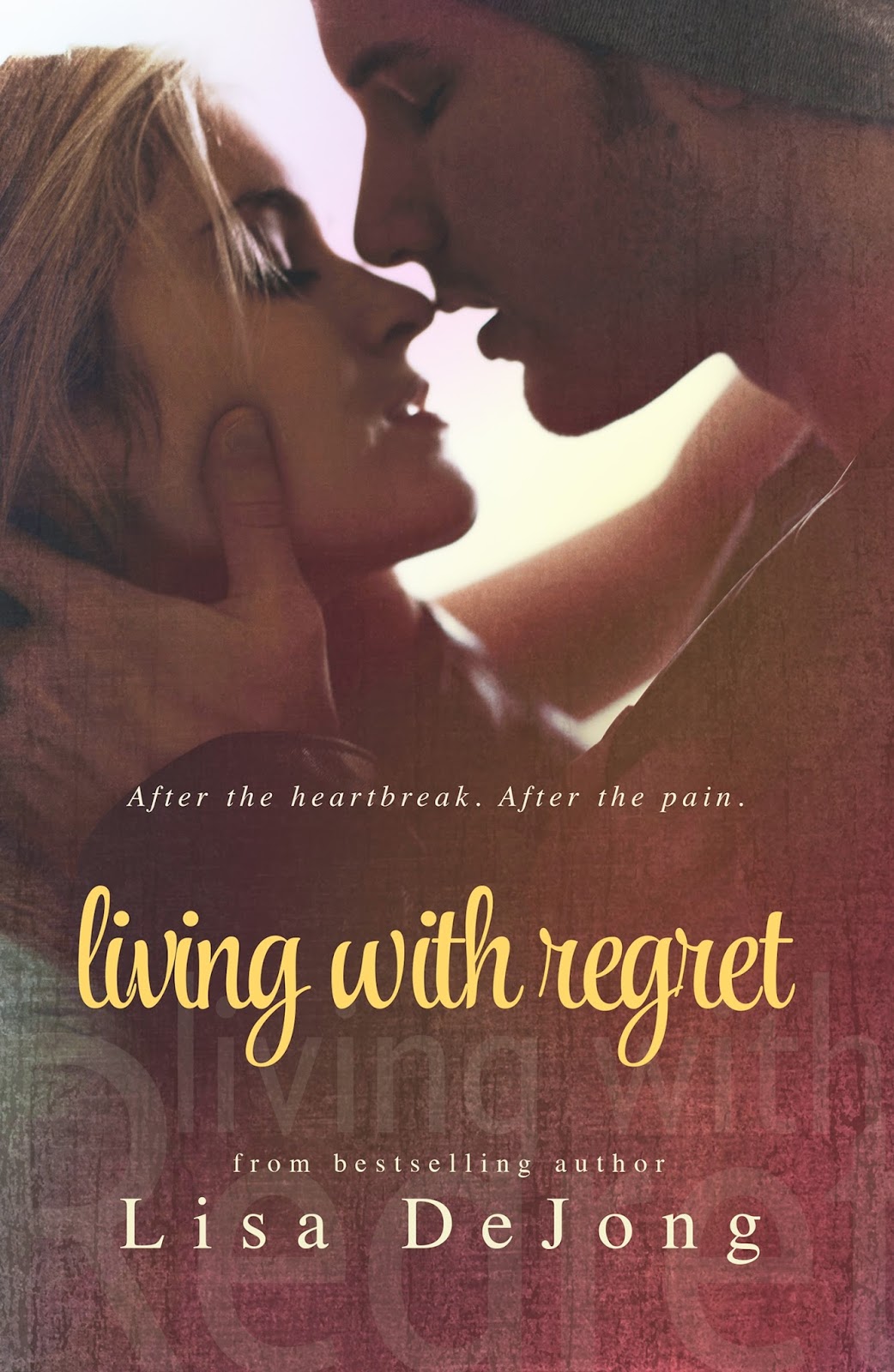 Description:
I had my whole life mapped out. Perfect guy. Perfect friends. Everything was exactly the way I wanted it.

That was until that night--the one I can’t remember. It’s all my fault, and now the memories are all I have left of him. Of us.

My guilt drowns me until Sam Shea steps back into my life and helps me to the surface. He slowly opens my heart and crawls deep inside before I even realize what’s happening. I know I don’t deserve him.

While I’m trying to get used to my new life, pieces of that night slowly start to come back to me. Lies and secrets shatter everything I thought I knew.

Maybe I’m not the only one living with regret.

Excerpt 1
A challenge is something I’ve never backed down from, and I feel like that’s what he’s doing right now. Standing, I kick off my flip-flops and walk to the bank of the creek. The water’s not quite as clear as I remembered it, but I can still see the rocks along the shallow edges.
Glancing back, I see Sam standing a few feet behind me with his hands on his hips. He’s probably thinking there’s no way in hell I’m going to do this, but I’m going to enjoy every second of proving him wrong. After shooting him one last look, I take two small steps into the lukewarm water. It only goes up to my thighs, not quite touching the bottom of my cut-off shorts.
“You coming in, Shea?”
“My shorts aren’t as short as yours.”
“Afraid to get a little wet?” I tease, splashing a handful of water at him.
He pulls his bottom lip between his teeth and takes two quick steps to the edge of the creek. “There’s only one thing I’m afraid of, and this little creek isn’t it.”
With one more step, he’s standing in front of me. Close enough, I can almost feel him there, but far enough to give me space so it’s not uncomfortable.
“What are you scared of then?”
His eyes burn into mine. “Something that’s already happened once. Something that I’m not going to let happen again.”
“And what’s that?”
“When I’m not afraid anymore, I’ll tell you,” he says, brushing a piece of my wind-blown hair from my face.
“You’ve always been on the mysterious side.”
“If I were any other way, you wouldn’t want anything to do with me.”
“Why’s that?”
“What fun would I be if you had me all figured out? Besides, not saying everything I think keeps me one step below arrogance.” That makes me laugh. Sam had a male meltdown one day when he started high school, all because some girl called him arrogant. He went on and on about how she had him mixed up with the jocks, or she didn’t know the meaning of arrogance. Maybe he just comes off as too good because he’s secretive about his life; he doesn’t talk to a lot of people unless he has to. I don’t necessarily think it’s a bad thing but he’s definitely not arrogant.
“I guess you’re right.”
“Of course I am.” His hand comes down, lightly smacking my rear end.  I jump, and he smiles—the kind that makes all the girls think he’s the overly confident guy he’s not. His expression reminds me of the old Sam who used to be the cure for any heart ailment.
“I can’t believe you just did that,” I squeal, stepping away from him.
“Woke you up, didn’t I?” His lips quirk even higher. It’s contagious, no matter how annoyed I am with him.
“I didn’t realize I was sleeping.”
His grips my wrist, tugging my arm. “Are we going to stand here and talk, or are you really going all in?”


“We might as well.” I smile, feeling as content as I have in a long time. Life is a journey, and very few come without wrong turns and speed bumps. For the first time in months, I’m finally on the straight and narrow.

Lisa De Jong is a wife, mother and full-time number cruncher who lives in the Midwest. Her writing journey involved insane amounts of coffee and many nights of very little sleep but she wouldn't change a thing. She also enjoys reading, football and music. She is the author of When It Rains, After the Rain, Plastic Hearts and Glass Hearts.