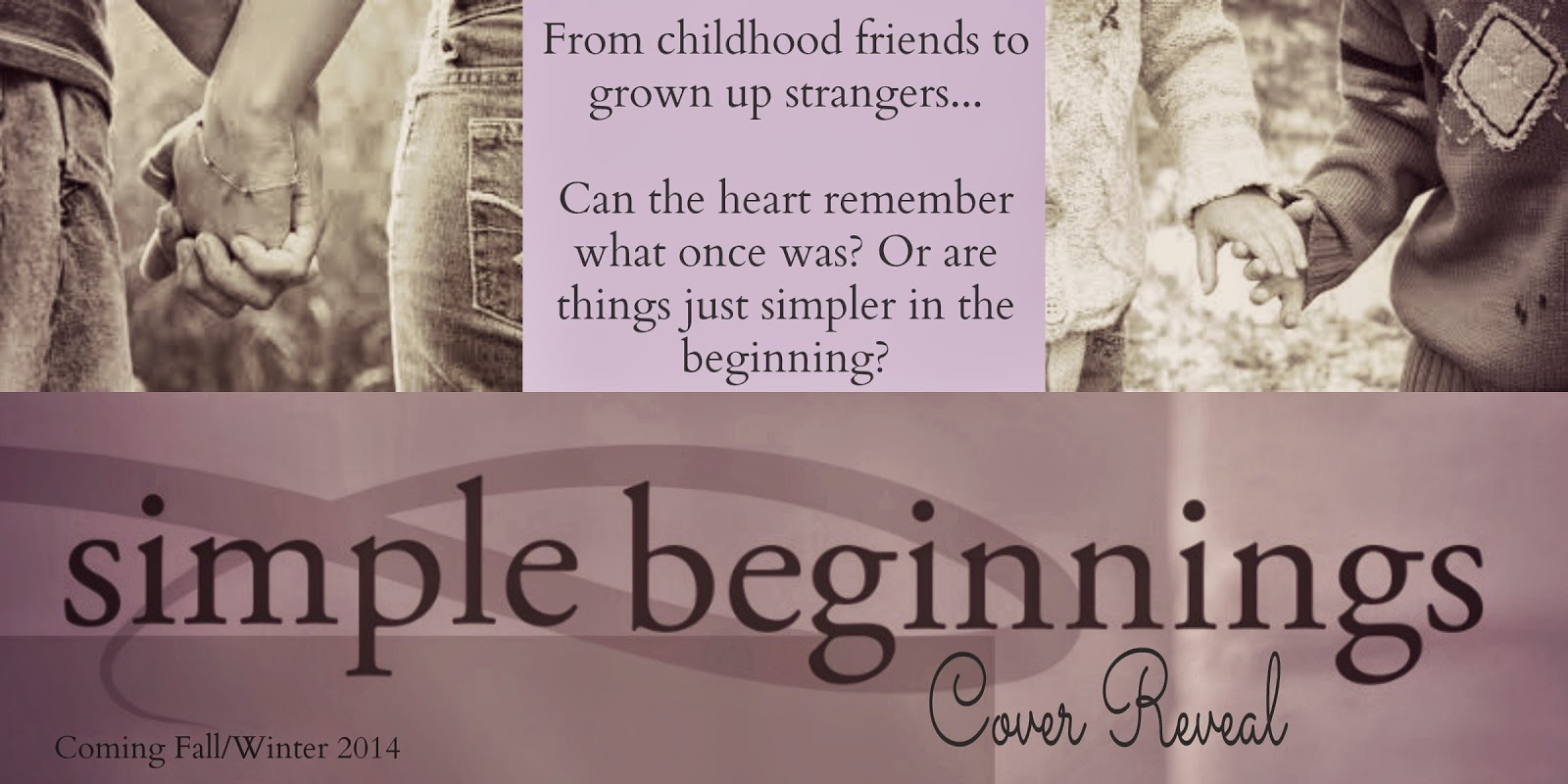 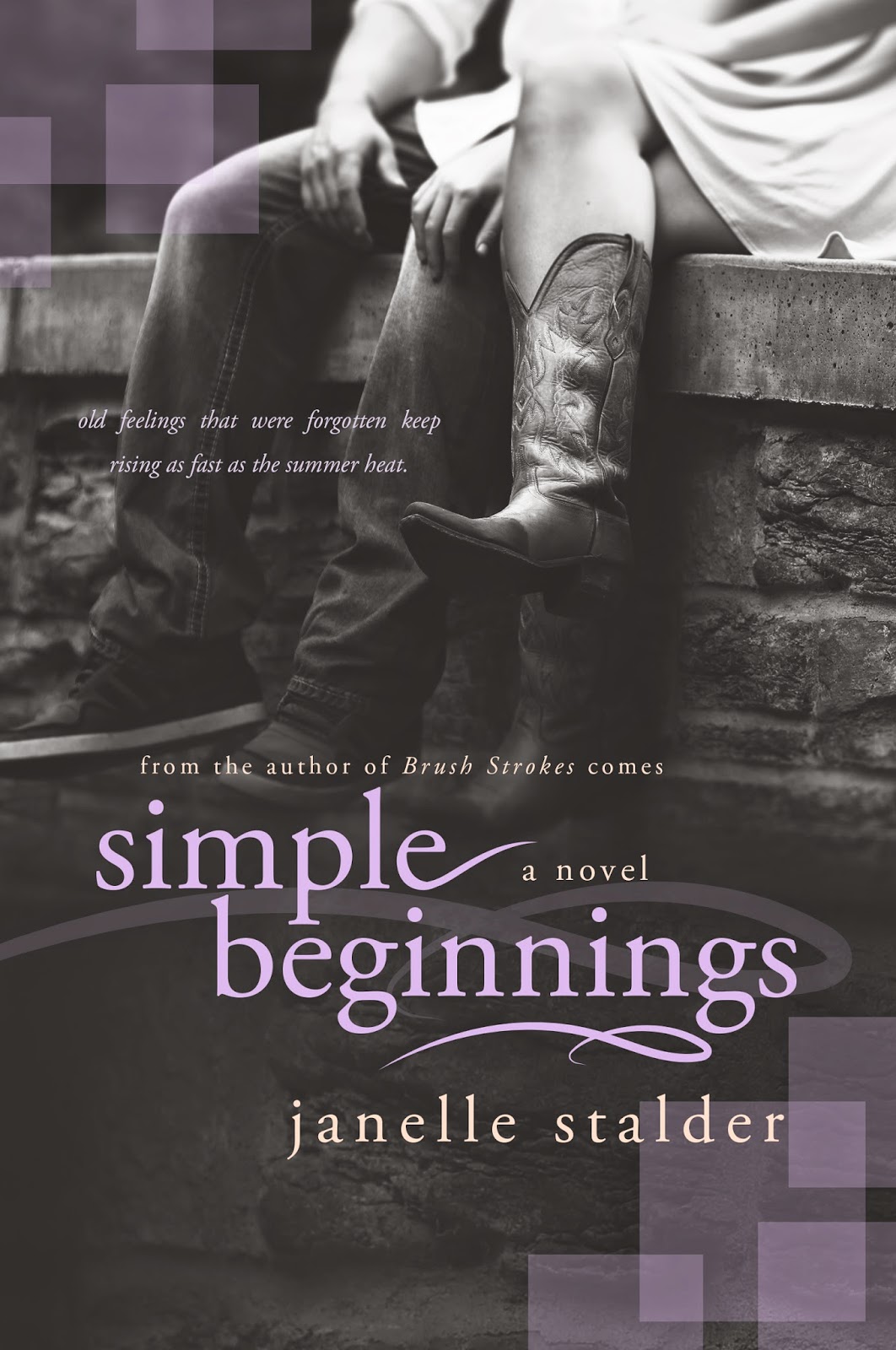 Ella Page planned to spend her summer before college like most girls her age - shopping, tanning, swimming, repeat. Instead she finds herself helping out on her grandma's farm, where she is forced to work side by side with her ex-best friend, Gage Hunter. Despite her attempt to stay cool around the boy she no longer feels like she knows, the heat in the summer air just won't stop rising. And with it, old feelings she's not so sure were forgotten after all.

Trapped within the cruel world of hormones and bullies, fifteen-year-old Aiden is convinced life has more to offer him. His instincts are proven correct on the night he is awakened by a voice calling to him from outside his window. As he sleepily peers into his yard, his eyes slowly focus on a woman who says she is there to take him to Eden. Aiden is about to fulfill the life purpose he never knew he had.

It is in Eden, a land on the brink of war, where Aiden will finally learn to trust himself and those around him. Accompanied by Wolf, his sidekick Logan, and the beautiful archer, Elisa, Aiden is soon thrust into a battle to save Eden. Meanwhile Elisa, the only girl in the King's Army, is in the midst of her own struggles. Betrothed to a man she has no intention of marrying, Elisa is caught between the need to prove herself and her desire for true happiness. And now that she has met Aiden, she is more confused than ever.

In this action-packed fantasy tale, romance, adventure, and intrigue surround Aiden as he learns just what he is capable of when he discovers confidence and courage.

New beginnings, new conflicts, and new adventures arise in the second installment of the Eden Series, Eden-West.
Months after his initial journey to Eden, Aiden is learning to cope with his own transformation. His social status has changed, his friendship with his best friend Ethan is in jeopardy because of it, and worst of all, he has heard absolutely nothing from his new friends in Eden. What has become of the world he fell in love with? Are his friends safe? Is the war over? With no answers, and no hope for contact, Aiden decides to focus on his life in his world. Just as he makes this decision, he encounters a familiar bright light and thinks he knows exactly what it means. Except the light isn't at all what he expects and neither is the person behind it. When Aiden returns to Eden, it is to a whole new part of that special world, and a whole new set of adventures.
Weeks after Aiden was returned to his own world, Elisa is sent to Nysa, the revered Southern city, to retrieve the one thing she'd rather avoid - Wolf. Captain Turk instructed her to get in and get out - but that is easier said than done. When she finds her missing friend, she also stumbles upon a great deal of trouble. This trouble goes by one name - Markus, the leader of the Sun People.
Follow all your favourite characters as they ready themselves for battle and fight for a world threatened to be destroyed.

The betrayal that tore a family apart. Two brothers bent on destroying the other. A whole world on the brink of war.

Aiden has been through his second battle in the magical world of Eden. The victory is short lived and Aiden is sent racing toward his friends in the Capital. After being back in Eden with the Riders, he is eager to reunite with Wolf, Elisa and Logan, although he doesn’t realize just what he’s returning to. Surprises await him when he arrives in the Capital; his close-knit group of friends is slowly falling apart. On top of it all, another battle is just around the corner, one that will change everything.

Rain has made her choice, and now she is in some unknown fortress with the feared sorcerer, Aziz. She wants nothing more but to please him, but being his Queen isn’t as easy as she thought. While trying to learn sorcery, and dealing with Aziz’s advances, Rain is finding her new life a bit overwhelming. Just when she thought it couldn’t get worse, she discovers a secret of Aziz’s, and it is nothing she could have expected.

Rose has supported Callum throughout their journey, but now that the final battle is just around the corner she is faced with a hard reality. Everything she has gained with him could be taken away. Is she willing to live the rest of her life without him? Can she just stand by while he destroys everything, including himself? Will he ever be able to find peace? Will she?

In the third installment of the Eden Series fates will be decided, and the battle between brothers that has been a decade in the making will finally come to an end. Only one of them can be High King.

In the final installment of the Eden series, the King’s army prepares for their biggest battle yet. Aiden and his friends set out to find Aziz in his hidden mountain fortress and bring the war in Eden to an end. But secrets are being discovered along the way, and the weight of them could ruin lives. Aiden is coping with loss and the need for vengeance, as well as changes in himself he doesn’t quite understand. Thousands of lives are depending on him to stop Aziz once and for all, and this time Aiden is more than ready and confident he’ll be the one to do it. The stakes are higher than he ever anticipated on his journey east.

Elisa is embarking on a new phase of her life. She has the man she loves beside her, their group of friends have become stronger, and the end of war is in sight. Now she just needs to see it through so she can finally have her happily ever after. But she knows the truth that the others don’t, and it will test her loyalty and friendship more than anything ever has.


With two brothers side by side, and an army ready for war, the only thing left to be seen is who will live and who will die.

Welcome to the thrilling conclusion of your journey into Eden.

All’s fair in love and war.

Two thirds of the world's population has been wiped out, devastated by the worst war earth has ever seen. Still standing amongst the ruins is a mind reader who finds herself on the wrong side of the war. Everyone does what they must to survive. When the rebels bent on bringing down the New World leader start to rise up, it is her job to make sure they stay down where they belong. That is, until one rebel sneaks past her defences and into her heart. Love will blossom from the ashes, but will it be enough to save them, or will it mean the end of them both?

New Berlin, 2040. Rebels prepare to fight against the New World Order, bent on bringing down the world’s greatest tyrant. One girl wanted nothing to do with it, content to keep her head down and make the best of this new world. That is, until she has no choice but to work with the rebels and infiltrate the NWO headquarters. Every moment she spends there puts her in danger, especially when one man, the second in command to the New World leader, continues to make his way into her every thought. She must stay focused and protect not just her mind and body, but also her heart. Will she be able to complete her task without being unmasked? Or will the one man standing in her way ruin it all?

Sometimes the heart sees what is invisible to the eye.

Faced with the scariest decision of her life, Missy is going behind enemy lines to save the rebel that seems to haunt her every dream. Finding courage is one of the hardest things she’s ever done, especially when she comes face-to-face with a terrifying reality. The green eyes that have fascinated her, no longer gleam with recognition. Now Missy must find a way to not only get them out alive, but to save the mind of the man who is quickly capturing her heart. And she must do it all without getting caught. Put to the test, will Missy be able to rise above her fears and find love, or watch it all blow up in smoke?

Brush Strokes
Art student, Olivia Banks, was living her dream at an exclusive school when everything came crashing down around her. Now back in the small town she grew up in, she's forced to spend her senior year at her old school where she's known as the 'freak', all because she'd rather focus on her painting than the trivial drama of high school. But things aren't the same as they were when she left. And the one thing that is turning her life upside down the most just happens to be the resident bad boy, Colt Morgan. Her senior year was supposed to fly by so she could pack up and leave again, but what happens when there's suddenly a reason to want to stay?

Janelle Stalder was born and raised in Brampton, Ontario. At an early age she developed a love for literature. Her debut novel, Eden, was the first book in a series of four, released in September of 2011. Since then she has released an Adult Dystopian Romance series, the New World Series, hitting the best sellers list on Amazon. She has also released a Mature YA/NA novel, Brush Strokes, that stayed on the best sellers list for contemporary romance for sixteen straight weeks. She is a strong supporter of other independent authors, and loves to interact with her readers. When she's not writing, Janelle is at home with her husband, two children, Aiden and Elora, her little bun in the oven that is on the way, and her two furry children, Alice and Lily. She now resides in a small town in Ontario in her old, possibly haunted, century home.


Giveaway: a Rafflecopter giveaway
Posted by Margay Leah Justice at 8:00 AM